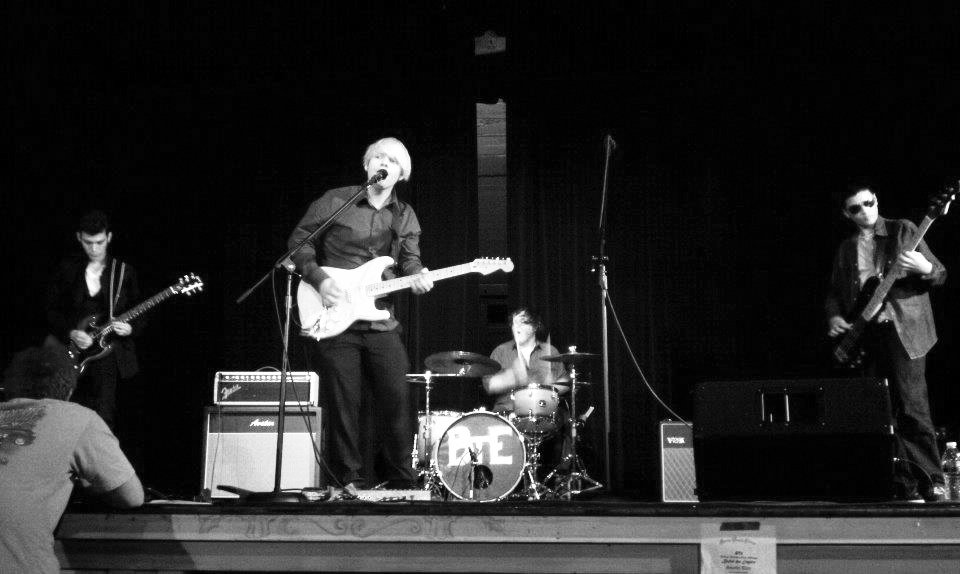 Rock. Funk. Alternative. Grunge. All this and more will be at the first annual Hurricane Musical Festival, organized by the Teen Arts Council (TAC) of Palo Alto. After three rounds of auditions, five emerging teen bands from all across the Bay Area were chosen to perform in the festival on Sept. 29 at Mitchell Park. Each band will have 30 minutes of live, onstage performance, and there will also be various vendors, contests and food.

The TAC is a youth group in Palo Alto and an initiative of the Palo Alto Children’s Theatre which aims to increase youth wellness and provide events both for teenagers and the entire community. At the end of the school year in 2010 the TAC was approached by Steffan Salas, the current event organizer, with the idea for a music festival.

“The concept is that you can come into Teen Arts Council with your event, help produce it and you can have multiple iterations of this event throughout your time, and it will improve,” TAC co-president Spencer Carlson said. “The core of what we do is serving both the people who work here (the leaders) and the community.”

Within the last few years, the Bay Area has become a hotspot for developing musicians. The festival provides an opportunity for the newest teen musicians in the Bay Area to make a name for themselves and for the entire community to become involved in the music scene.

“Teenage bands in the Bay Area don’t have a lot of places where they can just perform,” TAC co-president Juliana Moraes-Liu said. “There are places for professional bands and there are places for individual singers to perform, but it’s really difficult to find a place where teenagers have a stage, an audience and the equipment that’s required for a band.”
This teen-oriented event aims to provide young musicians with support while creating a music-loving community based in the Bay Area.

“It’s the people that come that make the event,” Salas said. “I can only do so much, I can put in all this work but if no one shows up it’s not a music festival. It’s up to people who want to come support these bands and make a new community of people.”

Though the festival was originally scheduled for Sept. 17 of 2011, the TAC soon realized this date was unrealistic and postponed the event until May 12 of 2012. During the auditions on March 10 and 25 bands were judged on preparation, audience reaction, confidence, attitude, rhythm, style and originality. One of the requirements of the festival is that all of the bands perform at least one original song.

“I really wanted them all to have an original song to either push them to make one or to see that they are really serious about what they’re doing and are really passionate about it,” Salas said. “I feel that’s really important in a band, because eventually you have to cross over to that point where you start making your own music instead of just playing what other people play. Really in the end what’s going to get you that far is making your own stuff and putting your own style into it without copying what’s been done before you.”

However, due to personal issues with the event organizer one month before the event, the festival was pushed back to Sept. 29. Eventually five bands formed the final lineup, allotting 30 minutes of playing time per band. Three weeks before the festival, one of the bands was forced to drop out due to a family issue, and Salas’s own band, Reckless Flesh, volunteered to fill in.

These five bands come from all around the Bay Area and represent a wide range of music genres.

“It’s really truly a Bay Area festival,” Carlson said. “We have bands from all over the Bay Area.”

While they are unsure if the actual Hurricane Music Festival will continue throughout the years, the presidents of the TAC are optimistic that there will be similar events in the future.

“[The structure of the Teen Arts Council] does lend itself more to evolution than consistency,” Carlson said. “The goal for next year is to have more sponsors, to be a longer event. I think the actual Hurricane event may not survive but certainly things like it will inevitably continue. That’s the nature of what a Teen Arts event would be.

Build the Empire
From Hollister, Build the Empire is an alternative rock group and is one of the most professional bands in the lineup. Guitarist Bryan Ocontrillo, drummer Sergio Pantino, bassist Evan Ocontrillo and vocalist Ben Kilmer first formed the band in July 2011.
The band focuses more on feeling rather than technicality, drawing on influences such as Kings of Leon, Radiohead and MUSE.

Gravel
Singer Jason Wagner, drummer Nate Olocki and guitarist Elijah Akers form Gravel, a rock/grunge band with punk influence based in San Jose. The band was formed in Sept. 2009, after Wagner and Akers approached Olocki with the idea. Gravel has had previous experience onstage in venues such as Britannia Arms and the DNA Lounge in San Francisco.

Third Nature
From San Jose, Third Nature is a three-piece band that plays a mix of classic rock, funk and progressive rock. Guitarist Tyler Bear, drummer Matt Shea, and bassist/vocalist Antonio Arlia were all originally part of another band, but about two and a half years ago decided to break off and form Third Nature.
As Shea entered college this year it has been more difficult, but they all remain optimistic.
“We all love playing music and are dedicated to this band, so I’m sure the band will continue,” Shea said. “Our plans are to keep writing original songs throughout the year and go into the studio to record next summer.”

The Neighbors
The Neighbors is one of the most diverse bands on the lineup, covering everything except rap and country but focusing on rock. This will be the first time Josh Weiner (vocals/guitar), Tucker Gibbons (vocals/bass), Jackson Sheppard (lead guitar) and Will Hanley (vocals/drum) perform together as a band.
While the band has done covers, recently they have focused on writing their own songs and all but one of the songs performed at the festival will be originals.

Reckless Flesh
Reckless Flesh, from Menlo Park, a thrash and heavy metal band from Menlo Park draws on influences such as Exodus, Megadeth, Pantera and Death Angel. Brothers Steffan Salas (vocals/bass) and Julian Salas (lead guitar) have been playing together for seven years and invited guitarist Surya Thekkath into the band one year ago. The band has had previous experience onstage and is excited for the upcoming festival.