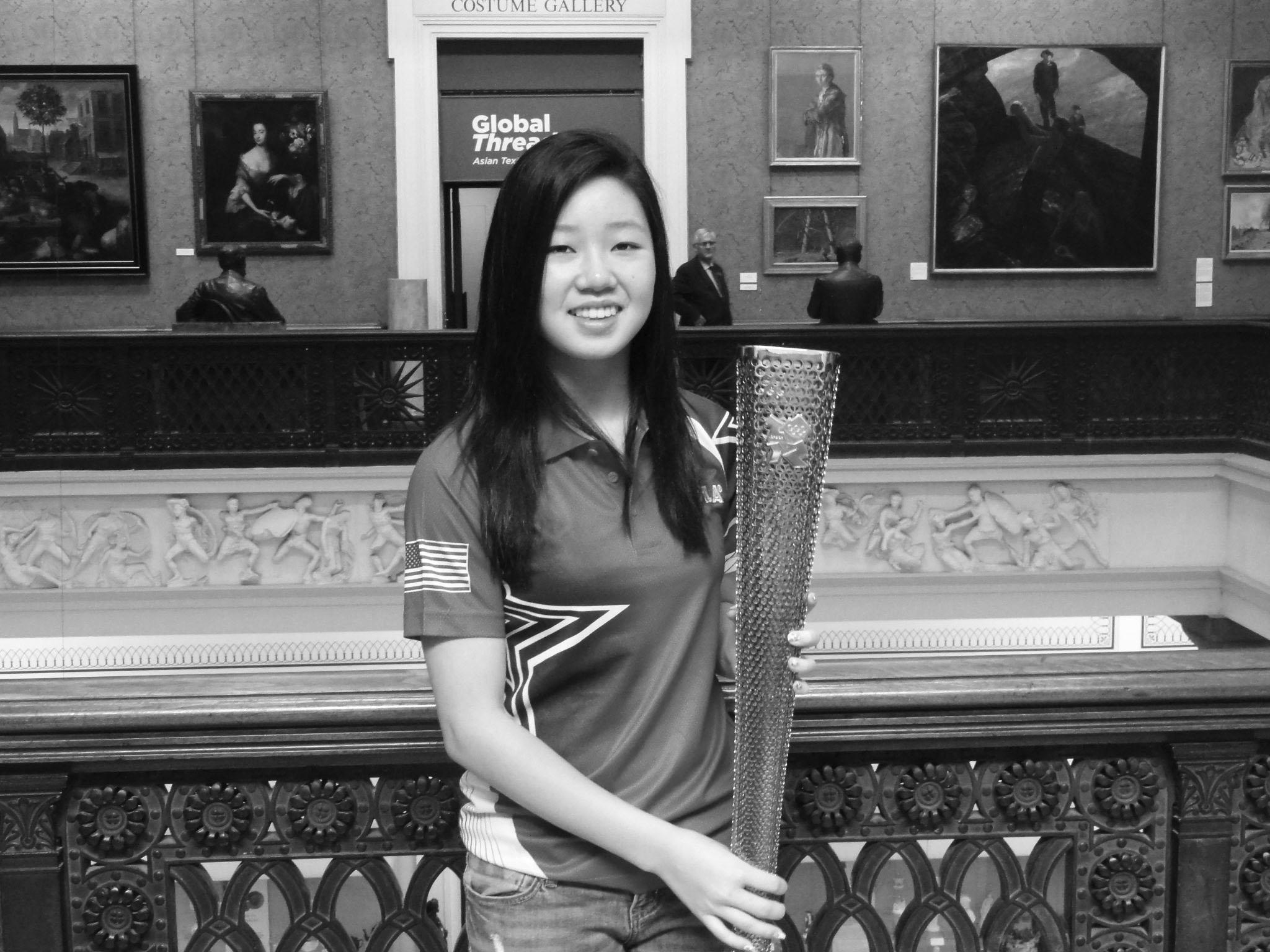 I couldn’t believe my eyes. Blinding lights, music, the roaring crowd. This was it. Nine years of my life dedicated to this very moment. I was walking in the Olympic Opening Ceremony as a part of the U.S. team. The sense of pride and accomplishment I felt not only for myself, but for my country was overwhelming.

All around me were amazing and talented athletes, many with their cameras out as well, recording the memories that I know none of us will forget. To my left was the U.S. fencing team and to my right was the U.S. track and field team.

The stadium was enormous, filled to the brim. Looking around, I noticed that the eyes of my fellow athletes were all in awe of the magnificence. I remember almost running into a camera because I couldn’t stop looking at everything in order to soak it all in.

And then, before I knew it, it was 1:30 a.m. and the Opening Ceremony had ended, leaving the athletes to head back to the Olympic athletes’ village. The magical feeling of being in the Opening Ceremony vanished as quickly as it had come. The dream was over and I felt a sense of dread overtake me as I realized I had to play table tennis early the next morning.

I ran back to the village in my clunky, white, Ralph Lauren Opening Ceremony shoes and I suddenly became aware of how painfully tight they were. My feet were tired and sore as I finally walked into my room at 2:30 a.m.

I woke up groggy and tired the next day, but with the knowledge that my match would start in just a few short hours, I became jittery and nervous. I tried to calm myself down, but as the morning wore on, I started panicking with every passing minute.

It seemed as if everything was going wrong. Just a few weeks earlier in our Olympic training camp, I had developed a serious allergic reaction to some bed bug bites from the hotel in Washington D.C. The bites seemed to have gone away but I noticed just a few days earlier that they were reappearing; this time, the bites were even bigger and worse than before. To make matters worse, my shoes from the Opening Ceremony had irritated the bites on my foot and they had swelled enormously, making it painful just to walk. Practice was terrible. I missed pretty much everything. All the while my foot throbbed with every step.

Finally the time came when the players had to walk out on court and be announced before the match. Peeking out at the crowd, my heart stopped. The stadium was packed tightly with thousands of people, but this time the roars of the crowd struck me in a completely different way than they did the night before. I’ve played in front of large crowds before, but the atmosphere in the Olympic arena was something I’d never experienced. I didn’t just have the pre-match butterflies anymore. My entire stomach felt like it was filled with hundreds of crawling snakes. Walking out onto the arena, my hands and legs went numb.

When the match finally started, I was already a wreck, too far gone to come back. I tried everything to calm myself down and just focus on my game, but nothing worked. It was almost like a dream, but the kind of dream where you want to wake up and believe it never happened. I lost my first game. Then another game. And another. And then all of a sudden, I was done. I had lost to a woman who I never should have lost to and I hadn’t even started to really play. I rubbed my eyes as I tried to make sense of what had just happened. It was over. Just like that. My Olympic dream and the expectations of everybody were ruined in the very first round of the 2012 London Olympics.

When I walked back to my coach, the cameras zoomed in on my face as I tried my hardest not to cry. At that very moment, I felt crushed. It was numbing and heartbreaking to have come all this way just to disappoint everybody. Going through the mixed zone filled with cameras and interviews while trying to be positive and upbeat was horrible. All I wanted to do was be alone.

For days afterwards, I sulked. I wasn’t able to enjoy my experience because I was so angry with myself. But thankfully with competition out of the way, I was finally able to meet up with my parents and spend a whole day in London with them. I felt so much more at ease.

Even though I had lost in the first round of the Olympics, I could tell that they were still proud of me and loved me no matter what. My parents have always been more than supportive of me and they didn’t care whether I won or lost. Although I don’t tell them enough, I truly appreciate everything they’ve sacrificed and have done for me.

After reflecting for a couple of days, I realized I couldn’t let this loss define me. Everybody has their disappointments and losses, but the most important thing is to get back up and keep trying. I thought about all the expectations people had for me going into the Olympics and how I had let them all down by losing.

I realized that I’m not playing this sport for everybody else, I’m playing it for myself and because I love it. So what if I did lose in the very first round of the Olympics? I can take this as a great learning experience to strengthen me in the future and use my mistakes as motivation to work harder.

It’s been said over and over again, but it really is true: not everything is about winning. Despite losing, I actually did win in a way. I won an amazing experience in London and the support of many people who I cannot express enough thanks for.

I have my wonderful parents, family, friends, coaches and fans who are behind me no matter what happens. My journey is far from over, and I look forward to the many experiences that are still to come. So Rio 2016, you better watch out because here I come!