A comparison between two rival schools: Paly versus Gunn

Students return from their glorious summer vacations to the monotonous school schedule they know all too well.

Wake up at 7:00 a.m., leave for school, survive through the day, go home, do homework, eat, sleep, repeat.
Five days a week, students endure this tedious schedule only to get two days off for the weekend, which is still jam-packed with studying and work.

However, there is something that helps students get through the tough beginnings of the school year: the final week before Halloween commonly known as Spirit Week. 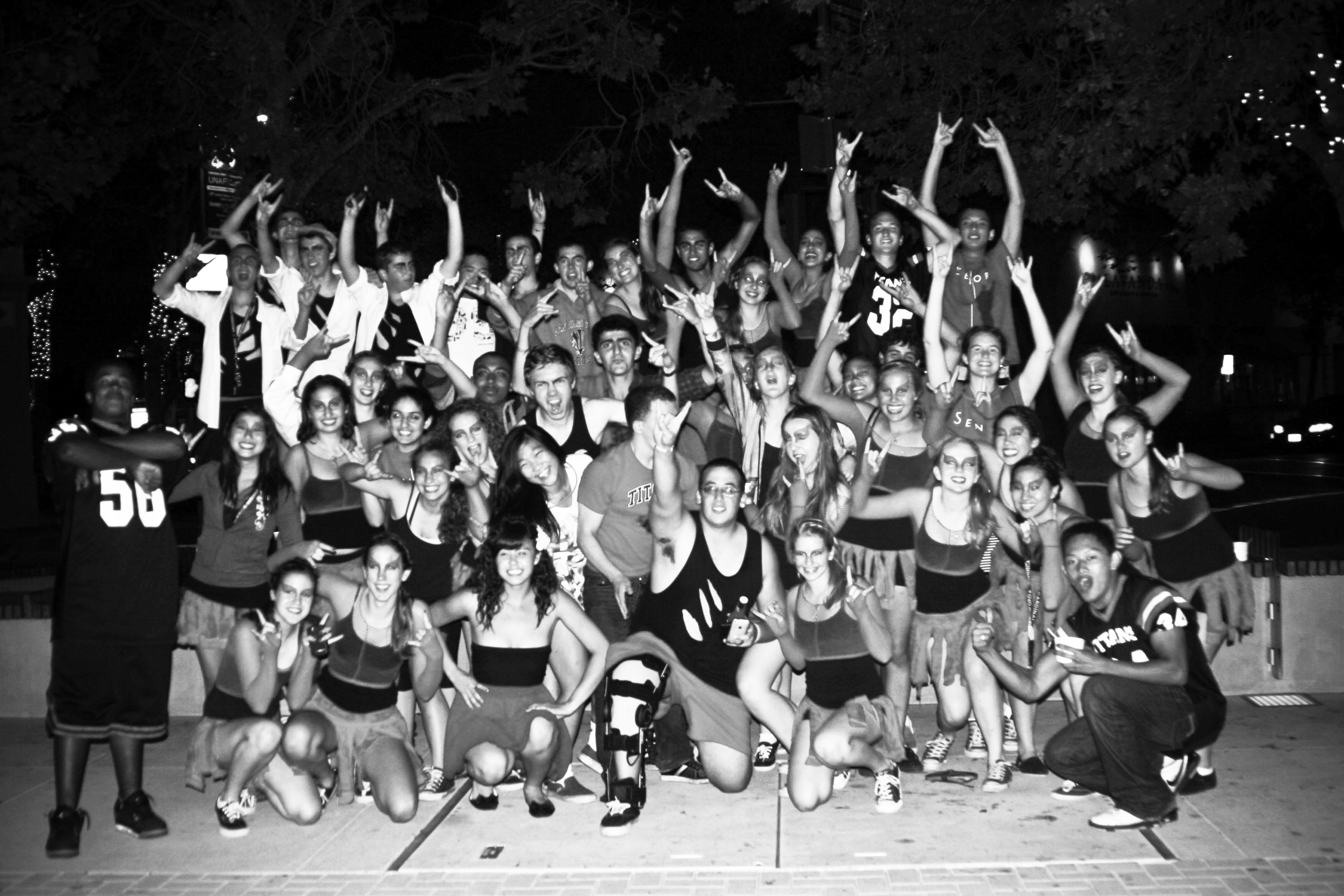 Palo Alto’s two high schools, Paly and Gunn, have completely varying norms and traditions when it comes to Spirit Week.

First off, at Gunn, Spirit Week is known as Homecoming due to the fact that the Homecoming football game and dance immediately follow it.

At both schools, Spirit Week is notably a very popular event in which almost all students and even staff members come to watch and be a part of the action.

Everyone who has experienced Spirit Week always looks forward to it and it helps them get through the rough beginnings of the school year.

“It’s a very exciting time,” senior Alon Cohen said. “It’s always fun uniting as a class and seeing which class is the best.”

For newer students at Paly, the concept of Spirit Week may seem slightly ambiguous. Yet the way it works is not as complicated as it may seem. At the beginning of every year, elected class officers set up a meeting where each grade decides upon its own theme.

From Tuesday through Thursday there are predetermined themes ranging from seniors in togas to freshman dressed up as babies to sophomores blanketed in red.

On the final day of the week, Friday, all the classes come together and dress up in green and white to symbolize that in reality the grade differences do not really matter all that much.

During the week, at lunch and sometimes brunch there are games and events in which grades compete for points and ultimately the class with the most points by the end of the week wins.

Some of the events include: sumo-wrestling, musical chairs, spirit dances and class floats, all of which are very competitive and amusing to watch.

Across Palo Alto at Gunn, one finds a completely different version of Spirit Week.The major difference in between the two weeks is that at Gunn the over arching theme changes every year.

“Every year our Student Executive Council (SEC) gets together during the summer and has a brainstorming session,” Gunn junior class vice president Janet Titzler said. “It usually lasts about three to four hours and we first come up with the over arching theme. This year’s is ‘California Dreamin’ and then we come up with theme days that could fit under this broad category for each day.”

Gunn has had different and creative over arching Homecoming themes ever since the tradition began. Along with the variance in over arching themes, Gunn’s SEC has to come up with day themes for each of the classes. For Gunn’s second day of the week, the day theme that connects to the over arching theme, ‘California Dreamin,’ is regions, where the freshman are “Silicon Valley” (nerds), sophomores are “Yosemite” (hiking gear), juniors are “Central Valley” (cowboys) and the seniors are “Laguna Beach” (beach attire).

The way each grade is assigned a theme is based upon the hierarchy of the classes: the SEC comes up with four sub-themes and then the seniors pick first followed the juniors, sophomores and finally the freshmen.
Another difference in between the respective Spirit Weeks is that Gunn has a night rally with an entrance fee of $3 where students, parents and teachers can all congregate to view grade “Airbands” and other competitive events.

The differences between a day rally and a night rally, other than the differing times, is the length and ambiance of the rally.

“The teachers and parents do not really change the environment [of the rally],” Titzler said. “But the students do get much more into it and yell more because it is a very exciting and important tradition of Gunn’s Homecoming.”

Gunn students, however, have mixed views regarding the changing of themes every year.

“I like the competition and the variety [Homecoming] brings,” Gunn senior Gideon Wulfsohn said. “Seeing all the classes come together after being away all summer and competing against one another is very exciting and entertaining.”

Other Gunn students disagree with Wulfsohn on the variety of themes.

“I didn’t realize it made a difference,” Gunn junior Sivan Spector said. “All the things we dress up as are the same anyways.”

Since Paly has yet to change its Spirit Week theme, students enjoy the consistency of the week and would not want to change it.

“I like having the [theme] the same,” Paly senior Molly Zebker said. “You see what the grade above you does and then you get ideas from them. And I like the themes. There is no need to change them.”