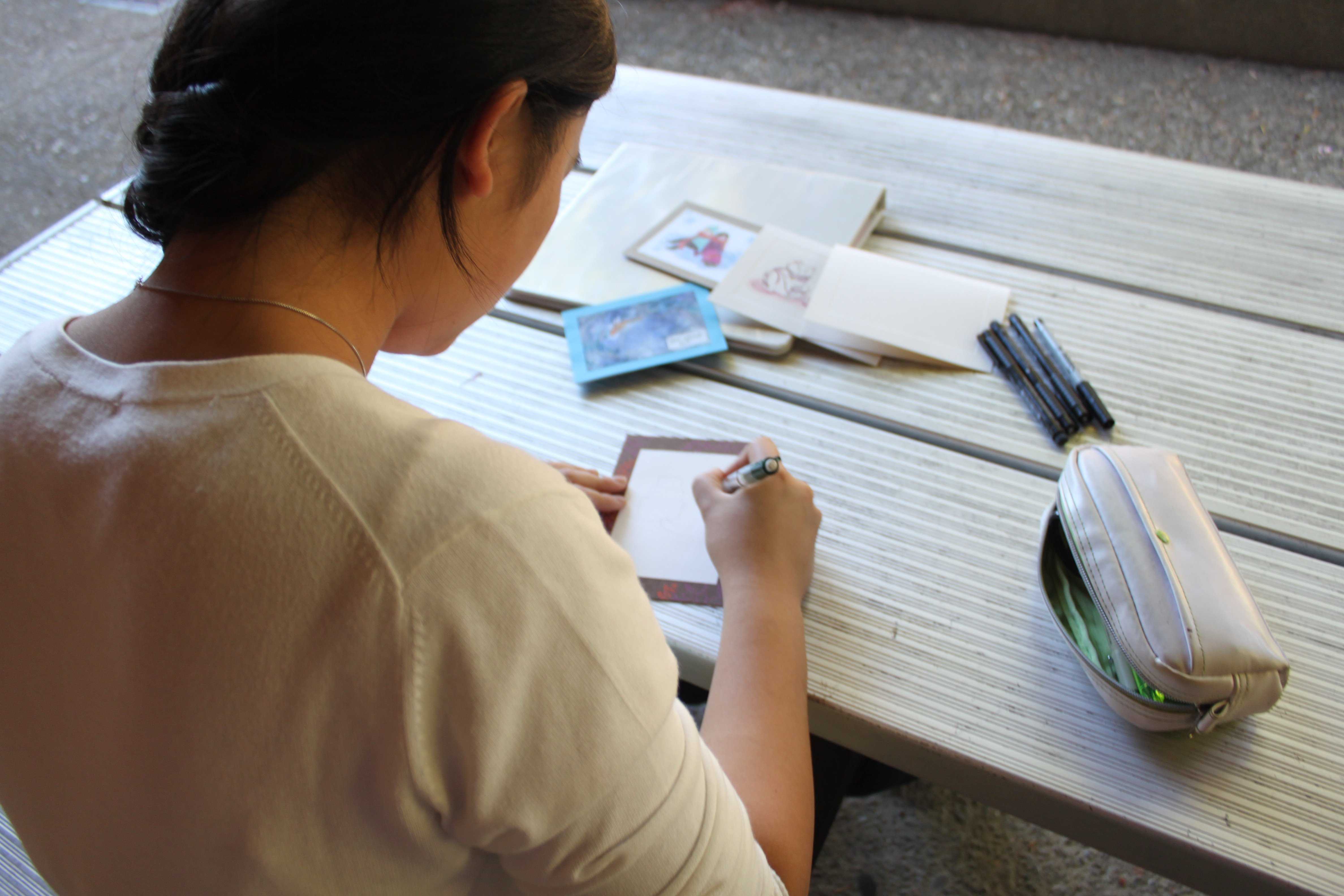 Junior Annie Chen is attempting to revive Project 868, a group aimed at raising money for the Paly art department. The group began last year when a collection of AP Art students decided that the funding received from the state simply was not enough to support their art projects.

However, as the group was composed entirely of seniors, there was no one from the original group to continue the project this year.

The project’s name came from the $8.68 per student that the state gives the art department for supplies each year—which is, according to Chen, not even enough to buy a tube of high-quality paint.

At the beginning of the school year Chen stepped in to try and reinstate the program. Currently the organization has six members at Paly.

Last year the students tried to form a club, but could not.

“Apparently it’s state law that prevents a club from specifically funding for one department of the school, so they decided to make it a fundraiser outside of school,” Chen said.

There is also a branch of the project based at Henry M. Gunn High School (Gunn). Though the two groups share a Facebook page showing cards available for purchase, the organizations are not closely linked.

“Apparently Gunn has a different situation for their art program,” Chen said. “It’s a little bit more well funded than our program.

Chen is hoping to raise between $400 and $500, but may revise this after seeing the level of interest in the cards.

The cards they are selling will be priced from $4-$10, depending on the size, detail and customization.

Currently the group is fundraising solely off of cards they design. Some members are struggling with finding the balance between raising money for the program and retaining their artistic integrity.

“On one hand we don’t want to mass produce things, but on the other we want to make money,” junior and project member Jonathan Friduss said.

Project 868 not only wants to raise money for supplies, but also aims to raise awareness about the art department at Paly. To do so they are trying to keep the cards more artistic.

“I know that some people like how cards look sleek or are funny, but it would better promote our message if we had the people in the project draw something showing their own artistic style, to raise awareness that the art program has a lot of [talented] people,” Chen said.

The group has faced organizational issues, but has already made sales and are optimistic for the upcoming year.

To avoid the group collapsing as it did at the end of last year they are looking to get more students involved in helping.

“We have unity but in terms of executing everything we’re all busy,” Friduss said. “I think adding more people to it will help.”

They are particularly interested in having underclassmen join the group, as it currently consist of primarily juniors and seniors.