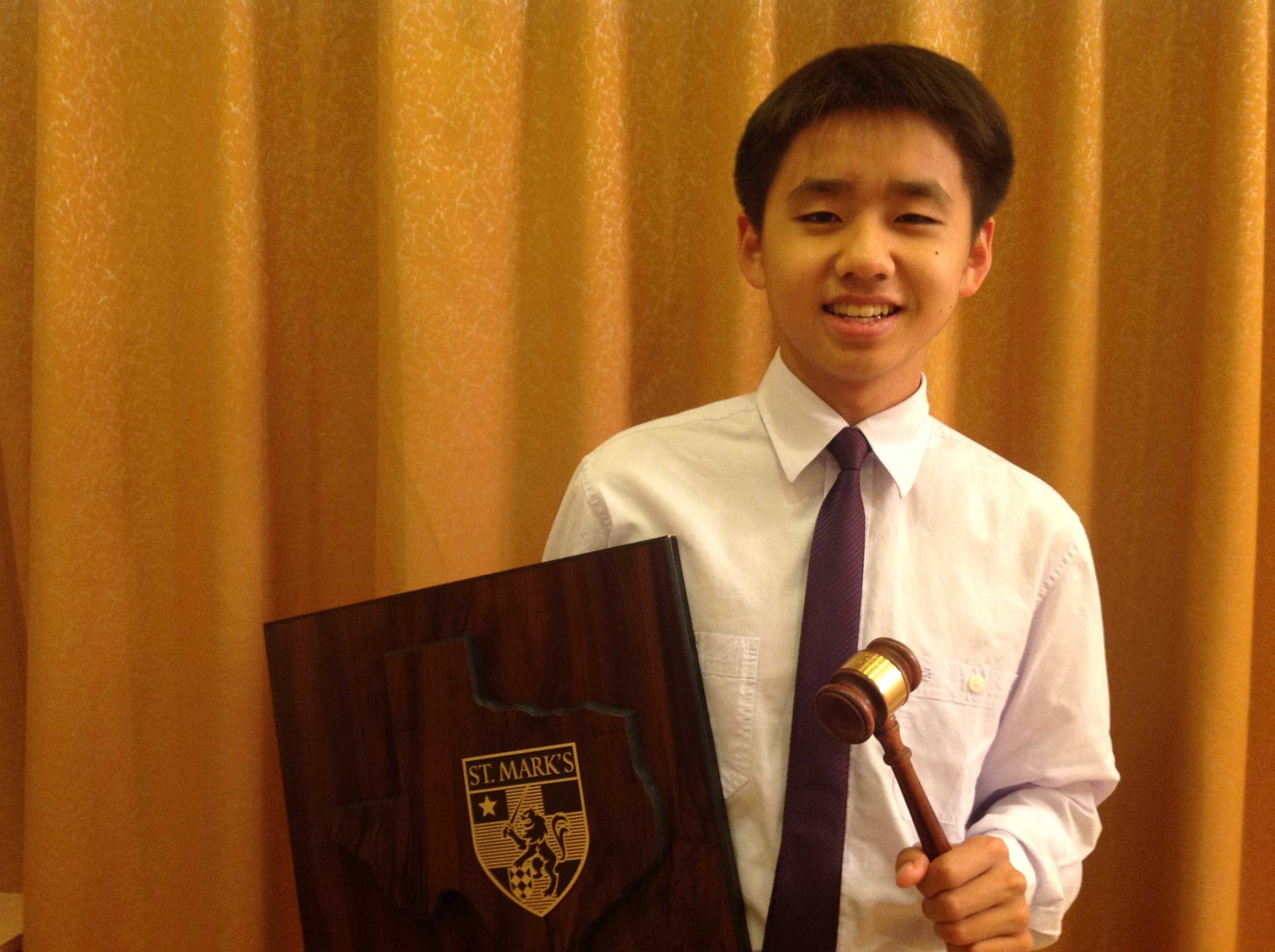 Chen has placed well in many of the past debate tournaments he has attended, earning three bids that has allowed him to qualify for the Tournament of Champions. Tournaments have different standards of earning a bid. In the Greenhill Fall Classic tournament and the Heart of Texas Invitational at St. Mark’s High School, debaters must reach the octafinals in order to receive a bid.

“[The Tournament of Champions] is a tournament at the end of the year that invites 70 high school debaters from all over the country to compete,” Chen said.

Chen won the debate team’s first bid of the season in the Greenhill Fall Classic in Addison, Texas from Sept. 22 to 23. Chen placed in the Semifinals of the Lincoln-Douglas debate which according to his coach, Jennie Savage, is thought to be one of the most competitive and prestigious tournaments in the country, allowing only the top 12 debaters in the nation to participate.

His most recent bids occurred at the Meadows High School tournament in Las Vegas, and only a week before that, he became the champion of the prestigious 2012 Heart of Texas Invitational at St. Mark’s High School, defeating Harvard-Westlake’s Michael O’Krent to clinch the title and bring home the second bid to qualify for the Tournament of Champions set in May of 2013.

Chen then placed highly at the Meadows High School tournament, and he brought home yet another bid for the team, all in the time period of a few months, which, according to Savage, is extremely rare to qualify so early on.

“As you know, Travis has already qualified for the Tournament of Champions in October when the tournament isn’t until May of next year,” Savage said. “It is very rare for debaters to qualify so early on in the year, yet Travis has already done so. “

Paly debate team coach Jennie Savage does not believe in setting any goals for Chen in the upcoming tournament.

“I don’t have any goals for Travis at all,” Savage said. “We’re committed to helping our students find their own goals and we support what they want to achieve.”

However, Chen, who debated in the Tournament of Champions last year, wishes to improve his standings and overall performance from his elimination in the preliminary rounds last year.

Although looking to advance his standings, Chen also sees the challenges of the tournament.

“It’s a very difficult tournament and there will be many talented debaters there but I’ll definitely try my best,” Chen said.

Chen credits much of his success and achievements to his coaches.

“My coach Jennie Savage has been a big influence throughout my career,” Chen said. “My other coaches and teammates have also been a huge help to me as well.”

From the moment he arrived to Paly, Chen has played a large role in the debate team, participating in debate tournaments around the country and helping the team win titles.

“Travis is an amazing asset to the team, and although he focuses generally on technical debate, he excels at persuasive debate as well,” Savage said. “He’s remained remarkably humble despite the fact that he’s a national circuit champion.”

“Travis is an amazing teammate in many ways,” Lee said. “He is always willing to divide up the work and to offer his own. This year, he has been going to a lot of circuit tournaments all around the country and has never failed to bring back an award for the team.”