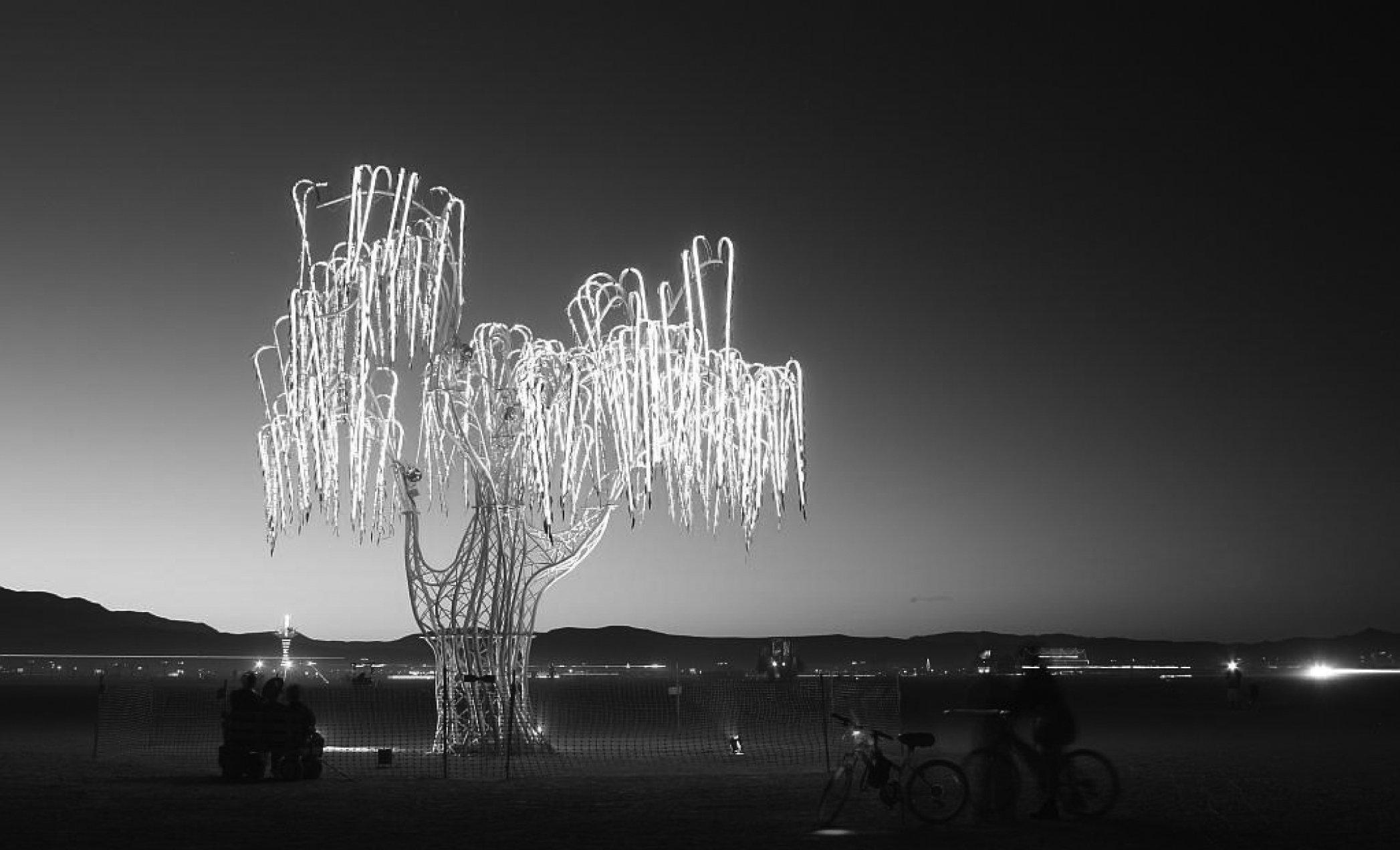 So for the past year, two elementary school students have put in countless hours and more than ample efforts in bringing that work of art to Palo Alto, petitioning and collecting funds, in an endeavor called Project Aurora.

In September  of 2011, Harry Hirschman, a Palo Alto resident, returned from an art festival and promptly told his two children, Sam (10) and Julia (8) who attend Walter Hays, about the tree Aurora, which was on display; the two immediately became fascinated with Aurora. And when they found out from their father that the artist behind Aurora, Charles Gadeken, was searching for a home for Aurora, they did not hesitate to suggest Palo Alto and thus began to fundraise and petition to bring it here.

“I’ve always been interested in any kind of art,” Julia said. “But when I saw Aurora I could not believe my eyes. It was extremely beautiful. I saw it six months after I found out about it when I saw a show and the artist invited us up to see it.”

Charles Gadeken built Aurora from his own daughter’s inspiration; he wanted to create for her an interactive and natural environment full of color.

Sam and Julia have been working on Project Aurora for about a year, raising money, petitioning and meeting with the art commission as both on and off its agenda. The two have petitioned for its installation, attaining hundreds of signatures mostly from students and parents at their school.

Just last month, the proposal to bring Aurora to Palo Alto received formal preliminary approval to be placed on Centennial Walk in front of City Hall, City Hall Plaza because it is the “civic heart of the plaza” and the addition of the tree would attract people to the unique public gathering area.

The two siblings have also been working on a website as well as on a Kickstarter campaign, the latter of which will help the campaign both with raising funds to install Aurora as well as spreading awareness to the community. So far, Sam and Julia have received positive feedback on Project Aurora.

“From a parent’s viewpoint, I wanted the kids to understand that they can have an impact on their community,” Harry Hirshman said. “Essentially, it [Project Aurora] has been their energy and their enthusiasm.”

The soonest the Hirschmans hope to bring the tree to Palo Alto is in Jan. 2012 in order to leave time to raise the funds needed. According to Harry Hirschman, Project Aurora looks to raise approximately $20,000 in order to install the art in front of City Hall.

“We’re not even close [to earning all the money needed] but we’re getting closer,” Julia said.

Gadeken is working with the city to attain the permits, which are currently in process.

The art commission has allocated the budget to pay for the permits and the insurance.

After the money is raised and permits are received, Aurora would only need one day for its actual installation, though site preparations would need to take place beforehand. Public art is essentially temporary; the artwork would stay for a year before being up for renewal.

As part of the proposal for installment in Palo Alto, Aurora will be programmed to be interactive with the environment and people, with the leaves changing colors at a variety of paces and in accord with the changes of the surroundings.

People will be able to interact with it through an android and iPhone application that the tree will react to or through the lights changing to the sounds in the environment around    it.

With the addition of Aurora to City Hall Plaza, the children hope to attract people and bring new artistic culture due to the grand stature of the tree.

“I want the city to know how amazing art is,” Julia said. “It is a really great piece, and I think it will be really good for the people. I want to bring hope and admiration of public art.”

Sam and Julia are hoping that other students will take part in the project and help move it forward.

In the near future, they wish to have people from each school to get involved in Project Aurora by helping by fundraising or spreading awareness.

“This is going to be the city’s project,” Harry Hirschman said. “We hope to seek other students who want to take up a part of this project as their own and help us move it forward.”