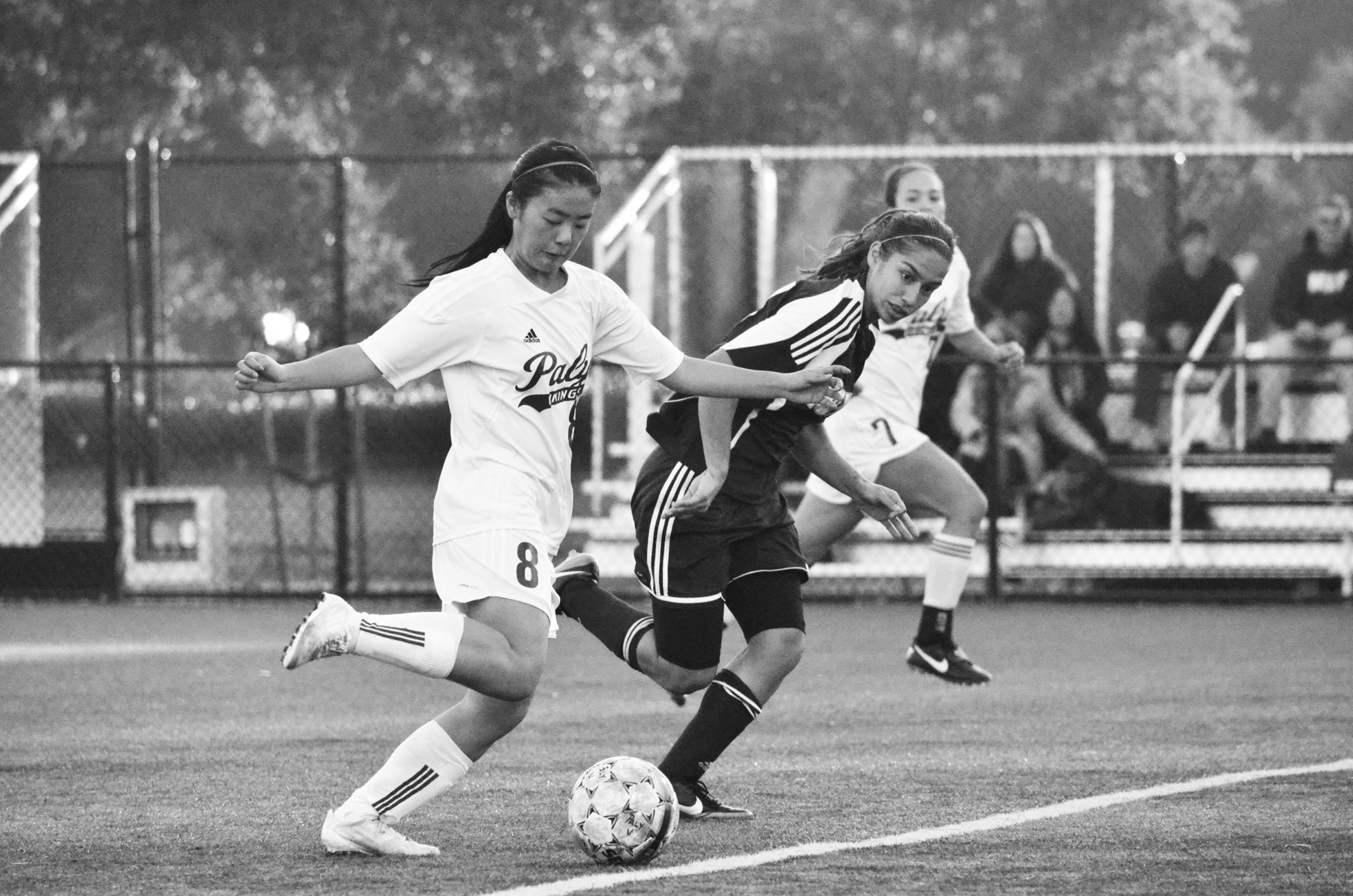 After a slow start, the girls’ varsity soccer team is quickly picking up their pace for leagues.

The team is currently ranked second in their league (SCVAL) with a league record of 5-0-1 and an overall record of 6-4-2.

“It started off really slowly, and we had various issues with injuries, eligibility and people going out of town on vacation,” assistant coach Eric Seedman said. “It was very rough in the beginning, but the progress in the last week and a half has been great.”

As of now, the team has adjusted to head coach Kurt Devlin’s coaching style and also has become a stronger unit. Also, during this season, the team has improved on scoring goals, an objective it carried over from last year.

In the last three games — against Wilcox, Fremont and Santa Clara— the team has scored a total of 20 goals to the opponents’ total of one.

“So far, we’ve been doing much better scoring-wise,” senior Erin Chang said. “We’ve scored 20 goals in the last three games, which is probably more than we scored in the last two seasons. We’re learning how to play together and there’s some very good team chemistry which was one of our main goals, since our team is fairly new and young.”

From here on out, the team will continue to work in many areas, with consistency as the main focus.

“From here out, the team needs to work on consistency,” Seedman said. “Sometimes we’ll look great for 15 minutes into the time, even a whole half. We have played one game where we looked good all the way through, but it is not every game and we have got to get it to that point where it is every game all the way through.”

Before plans for Central Coast Section (CCS) playoffs, the team must first focus on winning their league. Currently, the team is ranked second behind Santa Clara High School —the team to beat.

“As shown by the scores of our last few games, we’re clearly one of better teams in our league,” Chang said. “I’m very impressed with our performance so far, but I don’t want us to get too cocky. We need to take it a game at a time and make sure we put teams away early so there’s no room for a silly mistake leading to a goal that could threaten our current record.”

As for right now, the team is focusing on winning each and every game in order to guarantee a spot in the CCS playoffs.

“We’re just taking [the games] one game at a time,” Seedman said. “We pretty much need to win all our remaining games to be assured to get into CCS playoffs, but we think that we can do that. We’re playing great right now.”