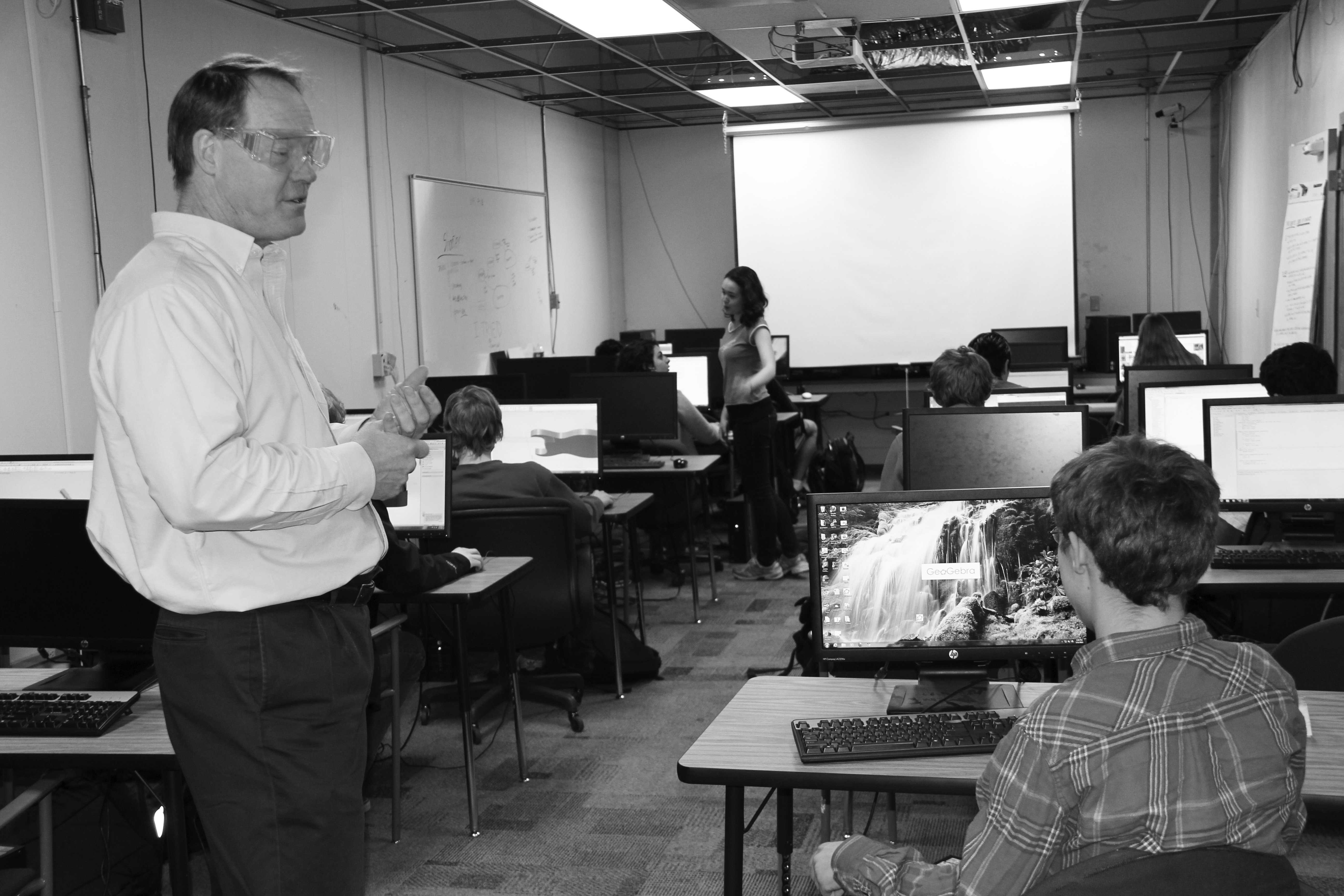 In the class, students will establish a computer science project to work on (most likely an extension of their work in AP Computer Science), assemble a team from other computer science classes and lead the team in completing the project.

Students from the post-AP Computer Science class will be project managers and figure out the scope of the project and create a schedule of tasks.

“This [class] is an experiment,” Kuszmaul said. “[Principal Phil] Winston has strongly encouraged the teachers to try new things and to innovate, and this certainly is [something new].”

Once enrolled, students have the autonomy to choose their own project and the only restrictions are that the project is legal, school appropriate and in the appropriate programming language for the class.

“The project they’re going to be engaged in is going to span a year, but there is not a deadline per se for completion,” Kuszmaul said. “My goal is that the students will continue the project once the course is over.”
Kuzmaul will assess students’ progress by requiring them to deliver regular reports. The deadlines will be set by the project managers with some input from Kuzmaul.

“Our goal here fundamentally is to have students learn things, and that’s what I’ll be assessing,” Kuszmaul said. “By having students issue regular reports in a variety of forms, I will be able to determine how well they’re doing. Generally speaking, if people are working hard, they’ll get a good grade in the class.”

According to Kuszmaul, ideally, each project manager will have three or four people in a team and all students from other computer science classes would participate in one of the teams. However, the likelihood of this goal will depend on the number of project managers in the class.

Kuszmaul previously implemented a similar course called Computer Science Project Management at The Bay School in San Francisco, where past students have worked on a variety of projects ranging from detecting the number of cell phones in a room to creating a set of linear system solver packages.

“[This class] is different from other classes in that there isn’t a set curriculum,” Kuszmaul said. “There is a set of behaviors to learn, and they have to be repeated to be honed.”