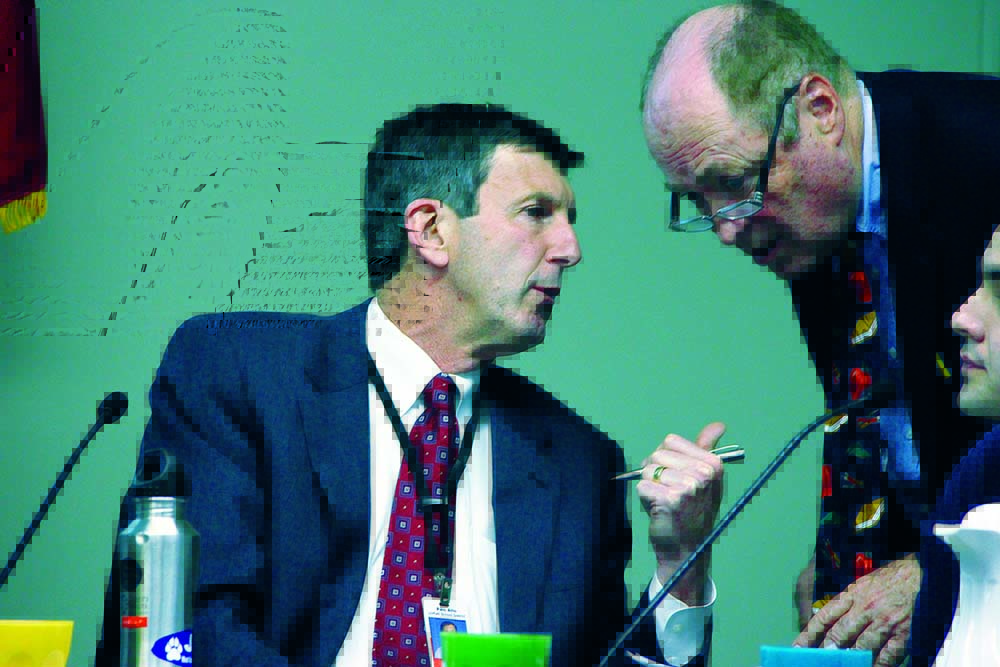 In Dec. 2012, the district received a report from the U.S. Department of Education, Office for Civil Rights (OCR) stating that a complaint was filed against PAUSD for failing to “respond appropriately and effectively to notice of the harassment;” however, the district is not responsible for the bullying of the middle school student.

This student, part of an individualized education program, received special education due to a speech and language impairment, which affected the student’s social interactions and ability to interpret social cues.

During the student’s enrollment, other students bullied said student, calling the student “stupid,” “slow” and “annoying” and stating that the student tended to say “weird” things.

In Jan. 2011, the harassed student was depressed and anxious, and was afraid to go back to school. As per doctor advice, the family chose to keep the student at home to avoid being bullied until the district assigned the student to a new school.

A month later, the family declined the district-offered counseling and pursued outside private counseling.

“None of the teaching staff at the School could definitively recall having been asked by District or School administrators if they knew anything about the Student being bullied,” the OCR report stated.

Neither the staff nor the administrators received training pertaining to harassment based on disability.

In addition, the middle and high school handbooks do not reference disability-based harassment in both the harassment policy or the complaint procedures. The school lacked a structured approach in interviewing students, with no designated staff member or administrator assigned to investigate.

The school failed to compile information about the harassment reports or analyze whether the harassment was based on disability, thus creating a hostile environment.

After investigation, the OCR concluded that the district violated two anti-discrimination laws preventing disability-based discrimination by the district, a public, federal-funded program, for failing to respond appropriately. According to the report, the district and school officials received notice of the disability-related harassment as early as Nov. 2010.

The school district, under these laws, is required to provide students with a “nondiscriminatory educational environment” as harassment could hinder the student’s abilities.

The report also stated that the “OCR evaluates the appropriateness of the responsive action by assessing whether it was prompt, thorough, and effective.” The response must work to stop the harassment, alleviate the “hostile environment,” address the effects the harassed student experienced and take steps to prevent the harassment from occurring again.

Following the OCR report, Skelly signed a resolution agreement, without admitting to any violation of law, in order to take steps to voluntarily resolve the issues as well as establish protocols for future reference.

The Resolution Agreement requires that the district hold an Individualized Education Program (IEP) meeting to evaluate and identify the student’s disabilities, develop a reasonable protocol for dealing with allegations of harassment, create a guidance memorandum including District policies prohibiting disability-based discrimination, add in “disability” to the complaint procedures and harassment policy in the handbook and provide training on disability-based harassment.

During this process, the district will be monitored by the OCR, having to provide documentation by certain deadlines.

The District chose to work on its own training agenda and is submitting the agenda to the OCR for approval. In the spring, all school administrators must attend the “mandatory training on disability-based harassment.” The administrators will then train teachers during the first three months of the school year.

“[The administration] should investigate [the report of harassment] and work through what they should do in difficult disciplinary cases,” Skelly said. “They should interview those people involved. They check on the veracity of it. If there are disciplinary consequences, they do that. They do a whole bunch of different pieces to try to change behavior. They also look out for the person who is bullied and counsel the person who is bullying.”

The administrators at the school site will remain the primary person to report harassment.

“In a lot of schools, if [a student] has a problems, [he or she] goes to see the principal, and that will be contained in there,” Skelly said.