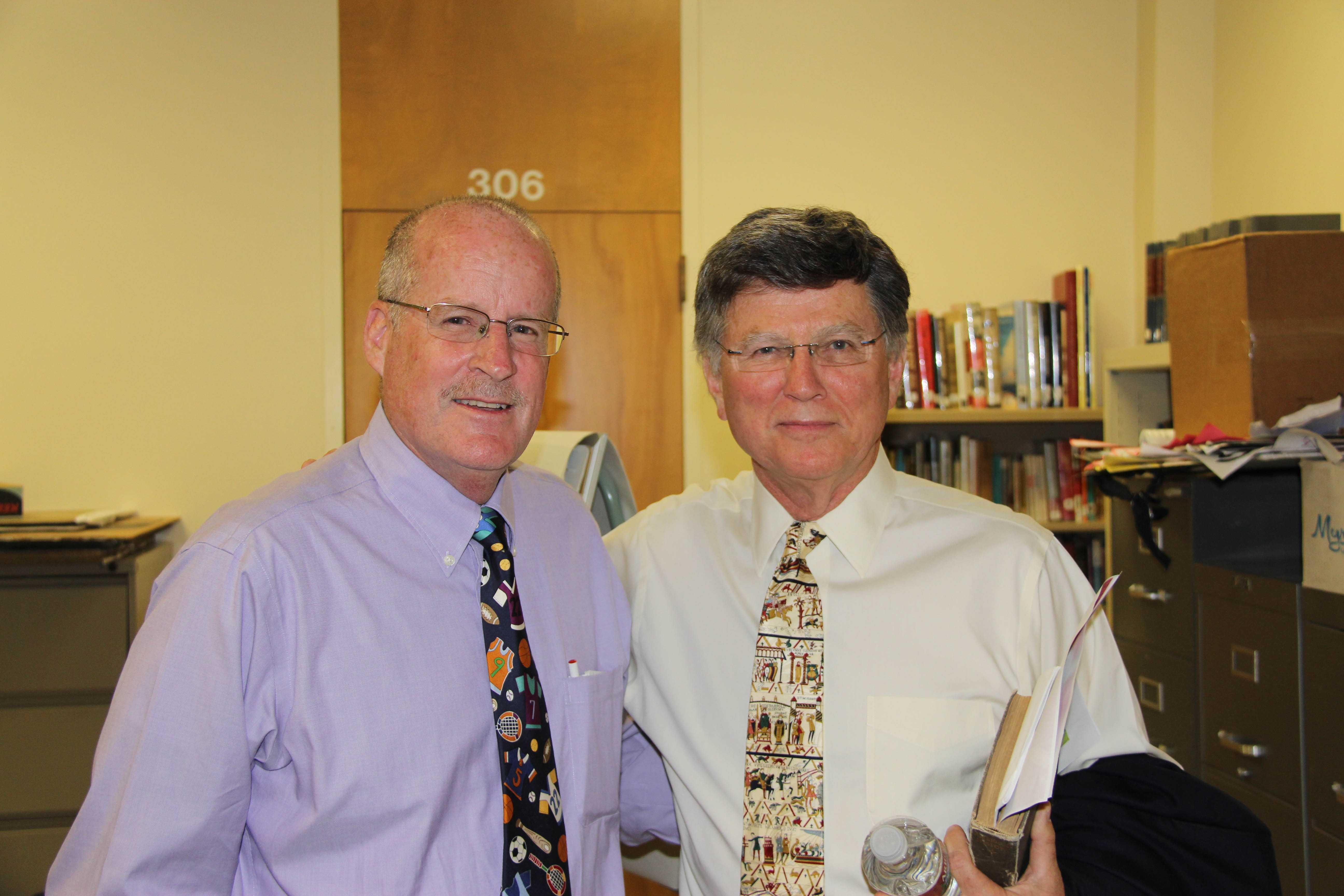 Dr. David M. Kennedy, a Pulitzer Prize winner for American history and author of The American Pageant, Paly’s AP United States History (APUSH) textbook, came to the Social Studies Department at Paly to talk to APUSH students about the importance of history on Tuesday, May 21.

“History is always moving. We live in history, a dynamic fluid motion of time, and few of us will get more than a century of it; but we live in a unique time so we need history to fully understand our place in time,” Kennedy said.

Kennedy proceeded to read a short essay compiled of sentences lifted from anonymous college students’ essays, much to the enjoyment of the audience. The essay consisted of what Kennedy called “rich” writing, despite its blunt, incorrect and obviously entertaining content – the kind of content that appeals to a room full of students who have just completed a rigorous history course such as APUSH.

Shifting to a more serious tone, Kennedy talked about the importance of having accurate records of the past, he references “the father of history,” Herodotus, an ancient Greek historian.

Kennedy told APUSH students that history, because it is focused on time, is fluid and is an interpretation of a certain time.

“It is impossible to step into the same time in history twice,” Kennedy said.

He followed his talk with a questions and answers session. He further described his role in writing The American Pageant and explained why he adds colorful language to the text: to make information more humorous and enjoyable so readers have an easier time remembering seemingly incessant amounts of text.