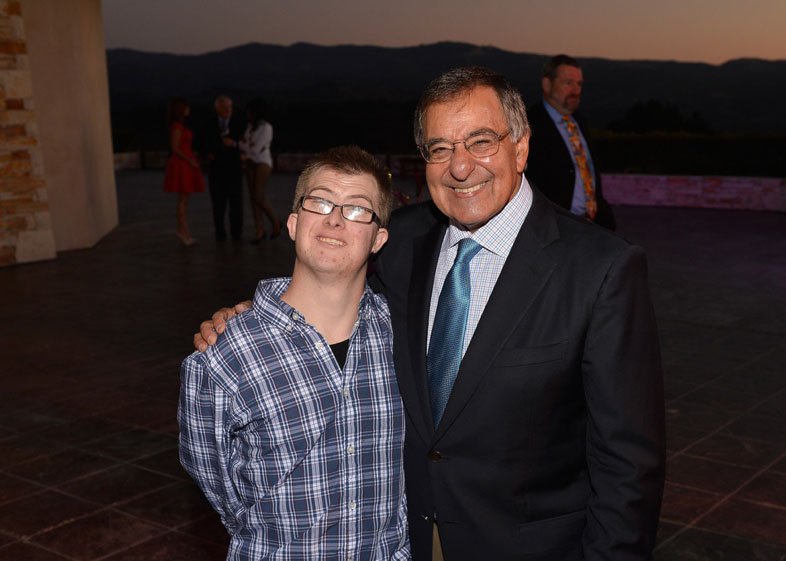 Down Syndrome, which is caused by having a third copy of the twenty-first chromosome, affects one in every 830 people and over 200,000 people in the United States today. While some people diagnosed with this genetic disorder may wish to give up, Champ Pederson (‘06), who was diagnosed with Down Syndrome, has been working hard and making the best out of his situation.

At Paly, Pederson was part of the Best Buddies club, a national organization that pairs students with special needs with able-bodied participants. The pairs of buddies get to know each other through chapter meetings and events, as well as spending time together one-on-one.

After Pederson’s time at Paly, he was asked to work for the San Francisco chapter of Best Buddies. There, Pederson speaks at club events.

“I have [spoken] at the bike ride that Best Buddies had [and] the training that we do almost every year,” Pederson said. “We also go out in the community and speak for people who give us assignments.”

Officially part of the ambassador program of the organization, Pederson is a representative for the San Francisco chapter, which entails public speaking as well as attending other Best Buddies events throughout the year.

One of the main reasons Pederson was chosen as an ambassador for Best Buddies is his outgoing personality. He loves to speak and meet new people, which his job allows him to do.

“I am a good person; I like to socialize and I like to help people,” Pederson said. “I have a very good sense of what I am doing for others.”

At first, writing and presenting speeches was hard for Pederson, but through practice he has been able to settle down and overcome his nervousness.

“I get nervous at first, talking in front of everyone,” Pederson said. “After that I go with the flow. I kind of get nervous but it depends on my situation, my personality and my attitude, [which all] help me stay calm.”

Pederson plans to continue working with the organization and giving speeches at more events in the future.

Along with being an ambassador for Best Buddies, Pederson also wrote motivational speeches for his older brother’s baseball team at the University of the Pacific. Each of Pederson’s speeches is different and sends a specific message to the team; however, the main point of many of the speeches is for the team to stay positive.

“[I have a] pretty strong relationship with [my] brother; it’s a positive thing,” Pederson said. “I’m trying to help him along and make sure he enjoys baseball. I write the speeches on my own. I like being an inspirational guy and I am a very positive person. I do not like being negative all the time.”

Pederson was asked by his brother and the coach of the baseball team to come and help motivate the team’s players through positive speaking. Due to his disability, the other players are able to see someone working incredibly hard and are then motivated to do the same.

Both of Pederson’s brothers are now playing in Major League Baseball in the farm system for the Los Angeles Dodgers. He constantly looks up to them and always cheers them on with his positive energy.

Today some of Pederson’s speeches for both Best Buddies and his brothers’ baseball team are on YouTube.  He hopes that everyone will be able to see him and see the messages that he is spreading. Through Pederson’s experience at Paly and his work after graduating, his personality and mindset have grown and matured.

“When I was at Paly I tried to become my own person and I tried to adapt to the high school setting,” Pederson said. “It was really hard for me at Paly, but the changes I made after I graduated college have helped shape me as a person.”

One of Pederson’s main goals is to raise awareness about Down Syndrome and the way that people view others who have special needs.