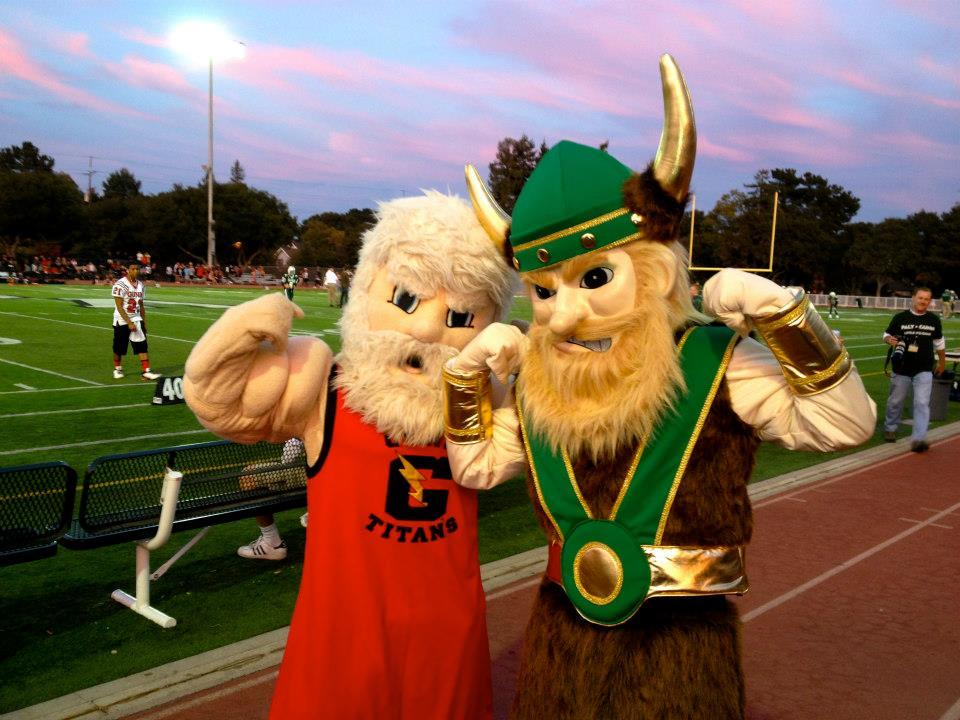 “Little Big Game” should be reinstated

But after last year’s game led to a 48-0 blowout in Paly’s favor, the rivalry game was cancelled for at least one year. Since the beginning of the rivalry, Paly has won 35 of the 48 games, including the last 10.

According to Athletic Director and  head football coach Earl Hansen, the “Little Big Game” did not end as a result of Paly’s wishes, and there is no true timetable for its restoration.

“I’m not sure how it ended, [but] it sure wasn’t from [Paly’s coaching staff],” Hansen said. “[I do not know of] an agreement [regarding] how long [the rivalry will be postponed].”

The “Little Big Game” may not offer the most intense competition on the field, but many believe the “Little Big Game” displays a rivalry greater than any other Paly sport because of the years of tradition and large crowds that define the exciting atmosphere of the game.

“It’s a great historic projection of [the schools],” sophomore Griffin Carlson said. “I believe that it keeps both [teams] and the high schools very spirited.”

The game also brings school pride and competition together into a packed Friday night of football that sparks excitement for many members of the Palo Alto community.

However, much of the excitement of the game comes from not only the game itself, but the environment in the bleachers. For years, students and the Palo Alto community have participated in the rivalry through both pregame and postgame celebrations.

After two years of attending the “Little Big Game,” junior Anish Haris believes that his personal experience at the games was a fun experience overall.

“I’m pretty disappointed that Paly and Gunn will not play each other this year, because the game is always really fun,” Haris said. “I went to the [“Little Big Game”] last [in 2012 with my friends], and it was quite enjoyable.”

Due to this year’s absence of the “Little Big Game,” Paly’s football team has opted to substitute the annual game against Gunn with a matchup against Palma High School of Salinas.

In this year’s current football schedule, the team plays three of its 10 games against nonleague opponents.

All three of Paly’s current nonleague opponents perform better than Gunn’s football team, but statistically speaking, the effects of a blowout victory does not change the overall record of the team.

Sure, others may view Paly’s football schedule as inferior compared to other teams if they beat Gunn in a blowout victory. But even if Paly beats Gunn by 48 points, the win-loss column will appear the same as if Paly squeaks by another team by just one. In reality, a win by any margin still counts as a win in the record book.

Thus, Haris believes that there is no valid justification in removing the annual “Little Big Game.”

“Just because Paly always wins is no reason to eliminate a classic cross-town rivalry,” Haris said.

From a larger perspective, the “Little Big Game” has brought much more than just football into Paly’s and Gunn’s football stadiums. The unintended consequences of the game’s postponement include the lack of city rivalry in the schools’ biggest regular season game of the year, and the loss of a significant amount of fans who only attend the “Little Big Game”.

All hope should not be lost, as there remains a chance that the two schools compete next season.

“When [SCVAL] brings back seven [teams in each division], we’ll each have an extra game,” Hansen said. “Usually what [schools] do in the league is to try to match up rivalries, chances are [Paly and Gunn] will play again next year.”

So, for the love of the Paly-Gunn rivalry, please restore the “Little Big Game” in the years to come.