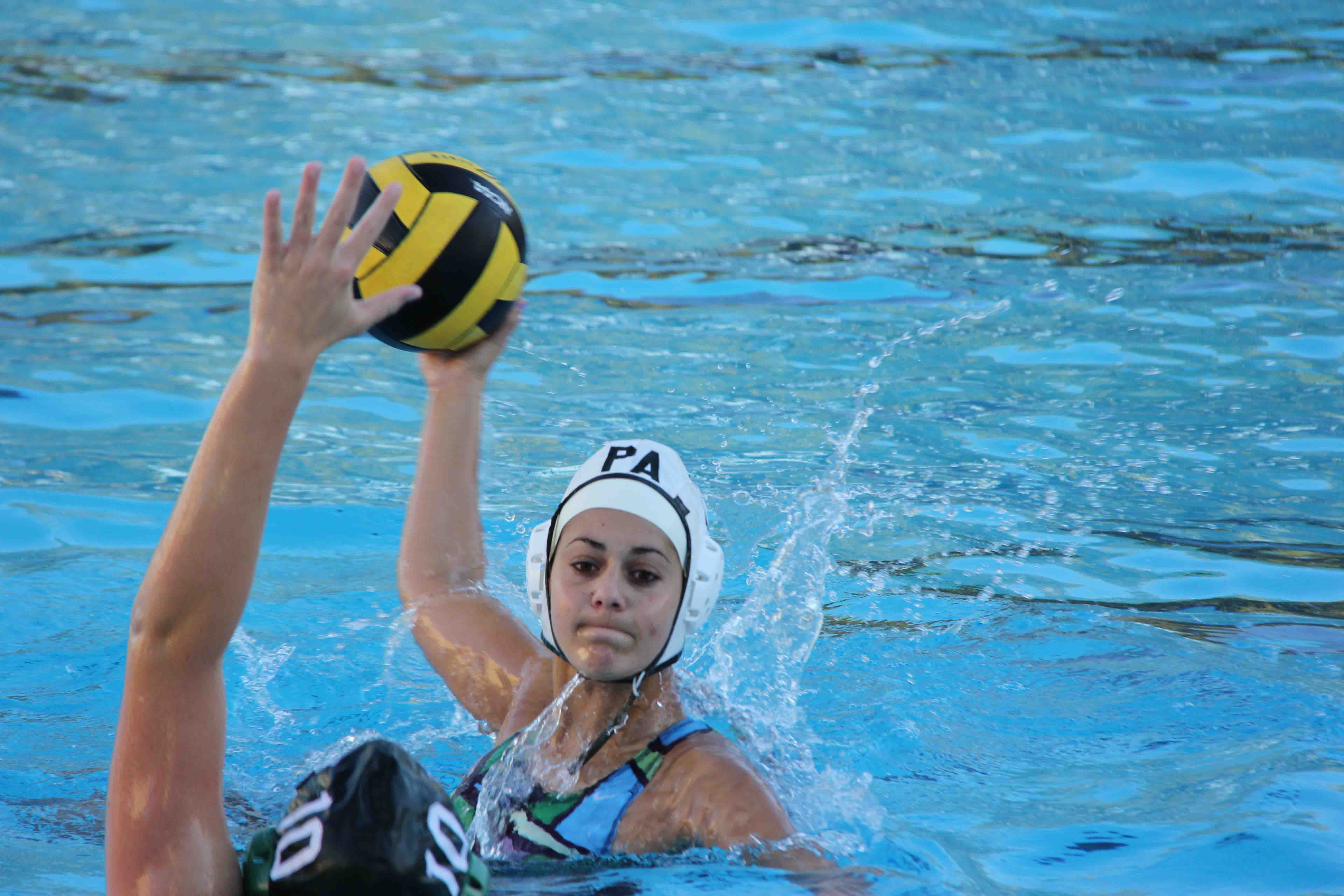 Senior Emma Wolfe shoots the ball during an intersquad game.

According to senior Emma Wolfe, Dye left because his work at a church, coupled with his coaching, made him too busy.

Since last week’s tournament in Menlo Park, the junior varsity water polo coach Aileen Delaney has taken over as head coach for both teams. Delaney has worked as a water polo coach at Paly for a few years and was well-liked as the junior varsity coach. Delaney is a Paly graduate and played on the team while in high school. She was one of the foremost players on the team and helped lead the team to many victories. She was also a physical education teacher at Terman Middle School.

“I think it took people a while to learn the coaches’ new system,” junior Sheila Subramanian said. “I think her knowledge has helped us a lot.”

The girls’ water polo team has had little consistency with coaching There has been a new head coach every year for the past four years. This has hurt some of the players who have been on the team for all four year who wish they had a constant coach.

The girls’ water polo team just lost their sixth game of the season, leaving them 2-4-0. The first score of the game was made by junior Olivia Scola. The game was close into the third period when Los Alto took a strong lead. The final score was 8-4 with Los Altos taking the win.

Despite the loss, junior Tess van Hulsen was happy with her team’s performance.

“We came back and I’m happy with our efforts,” van Hulsen said. “Hopefully next time we can come out stronger offensively.”

With regards to the team, the girls have had some hardships in their cohesion.

After the sudden loss of Dye, they hope that they can recover and begin a winning streak.