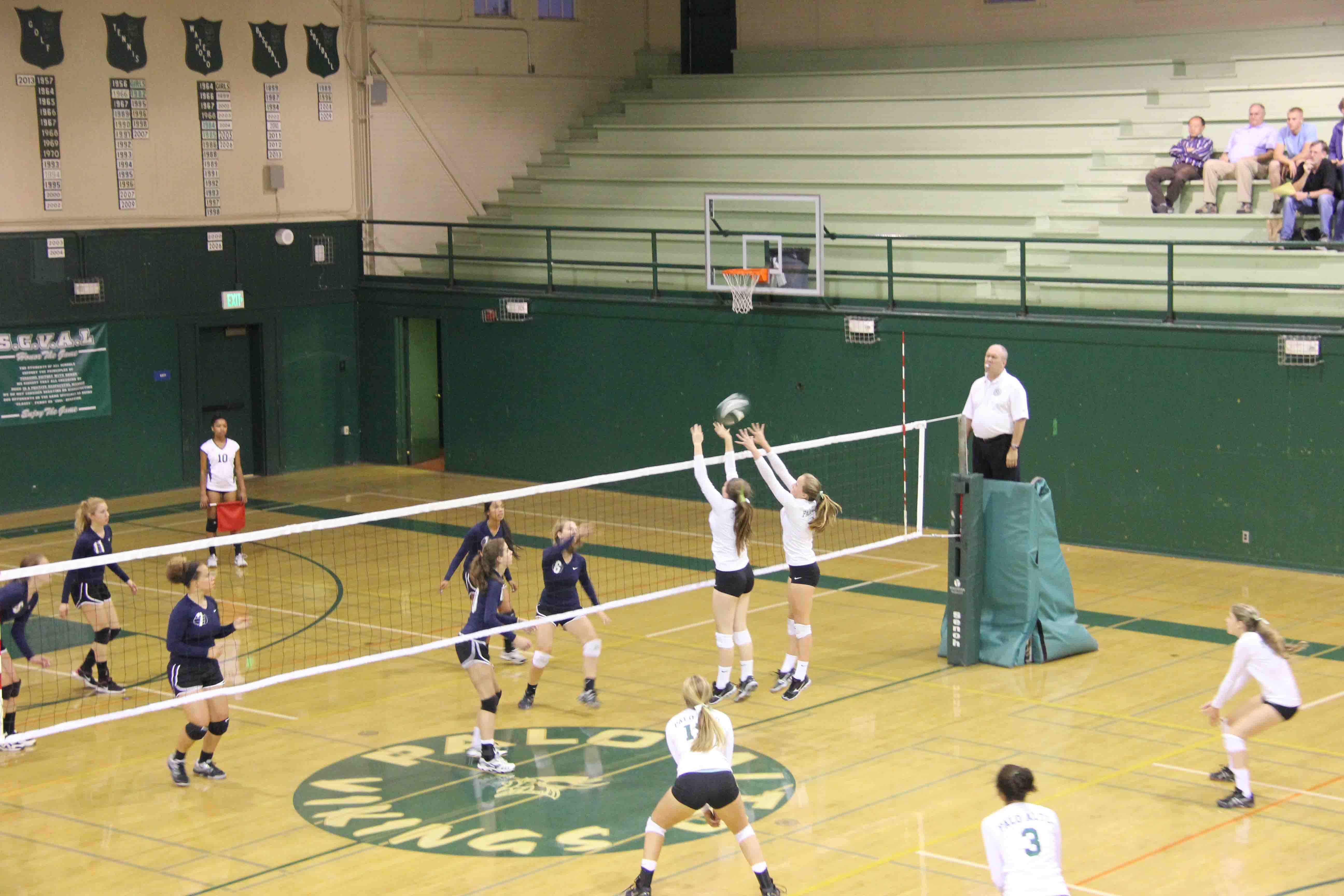 Juniors Abby Strong and Molly Fogarty block a spike during a recent match against Kings Academy. The Vikings are 12-4.

Unfortunately, the team could not carry the momentum from its 3-2 victory over Los Gatos into a victory over the Homestead High School Mustangs on Sept. 26.

The Lady Vikes defeated the Mustangs in the first and third sets, largely due to a stellar performance by senior team captain Becca Raffel. However, Raffel’s efforts were not enough as the team eventually fell to Homestead in five games.

The team was, however, able to triumph over neighboring Mountain View High School in four sets on Oct. 3. The team’s success can be attributed to the close bond between the players.

“It’s a super fun team!” junior Abby Strong said. “We all get along super well, which really helps us on and off the court.”

This year, the team is coming off a rebuilding year during which they had only two senior starters and failed to defend their back-to-back CCS and State Championships.

However, the team is still a relatively young group.

Katie Passarello is one of two freshmen on the varsity team this year.

“I think that it’s definitely an awesome experience and I love all the girls,” Passarello said. “We get along great and always have a ton of fun.”

Despite the amount of freshmen on the team, Passarello believes the support she receives from her teammates has helped her grow accustom ed to varsity volleyball.

“Everyone picks on me because I’m a freshmen, but we get along really well both on and off the court,” Passarello said. “All of us support each other a ton. [Playing on varsity] is probably the hardest challenge I’ve ever faced but I’m loving every minute.”

Some of Paly’s out of league games include a 3-2 win over Presentation High School and a 2-0 win over Ripon Christian High School.

The team also defeated Monta Vista High School in straight sets to improve to 13-4 overall on Oct. 8. The Lady Vikes next game will be a showdown with rival Gunn High School on Oct. 15.