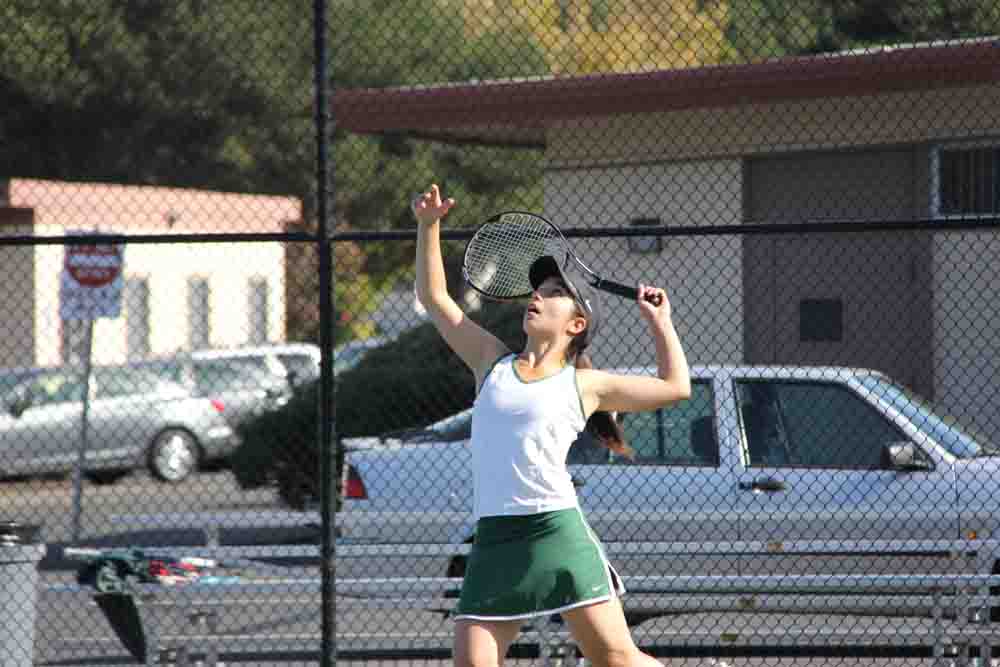 After having their undefeated record broken by Monta Vista High School, the girls’ varsity tennis team is hoping to bounce back and regain a winning streak.

The team continued their season with a final score of 6-1 against Milpitas High School. However, they lost to both Saratoga High School and Los Altos High School with identical scores of 3-4, but won against Sacred Heart Preparatory 6-1 and Gunn High School 7-0. The team lost to Lynbrook High School 2-5, but avenged their earlier loss with a win against Monta Vista High School — the team’s rival and one of  the best girls’ tennis team in California. Monta Vista High won the Central Coast Section (CCS) playoffs in 2011, going undefeated.

The girls claim the matches were very intense and nerve-wracking. Though the team only won with the margin of one match, the team’s three-doubles team pulled the team to victory. The varsity girls were very happy with their win.

“It’s really a relief that we’ve finally edged past Monta Vista [High School],” sophomore Kelsey Wang said. “The entire match against them was really intense, especially the last few matches played, and we all felt so exhilarated when we won. Beating Monta Vista was definitely the best win of the season so far.”

Senior Samantha Dewees is also proud of the victory especially because this was a rare occurrence.

“Monta Vista [High School] is one of the best teams in the state, and certainly the highest performing team in our league, so it was amazing to beat them,” Dewees said. “Since I have been at Paly, we haven’t won against Monta Vista, so this was a huge triumph for us.”

After a very good start to the season, the team believes that they will continue the season strong, especially because this year’s team is thought to be superior to other years’. They are very satisfied with their comeback and hope to be able to continue to work hard. The team also hopes to learn from their mistakes and grow throughout the season.

“Since we are doing well, we are all more confident this season than we have been in past years,” Dewees said. “And that has served us well.”

Even with the goal of winning in mind, the girls still want to keep good sportsmanship instead of being completely focuses on gaining titles.

“Our biggest goal, more than winning, however, is always to play our best, and leave a match feeling confident in the way we performed,” Dewees said.

The team now holds a solid record of 16-4 and is confident in their prospects of making it to CCS, which takes place in the middle of November.  Regardless of if they make it to CCS or not, the team has smaller goals that it wants to accomplish before reaching a bigger target, like finishing their regular season strongly.

Beating Saratoga High School is a huge goal for the team. If the team beats Saratoga, it will mean the team will have never lost twice to a league team, and it will get the team in a better position before they enter any tournaments post-season.

“I know we really want to do well in CCS,” sophomore Kelsey Wang said. “But first we need to work on beating Saratoga [High School] in the regular season.”