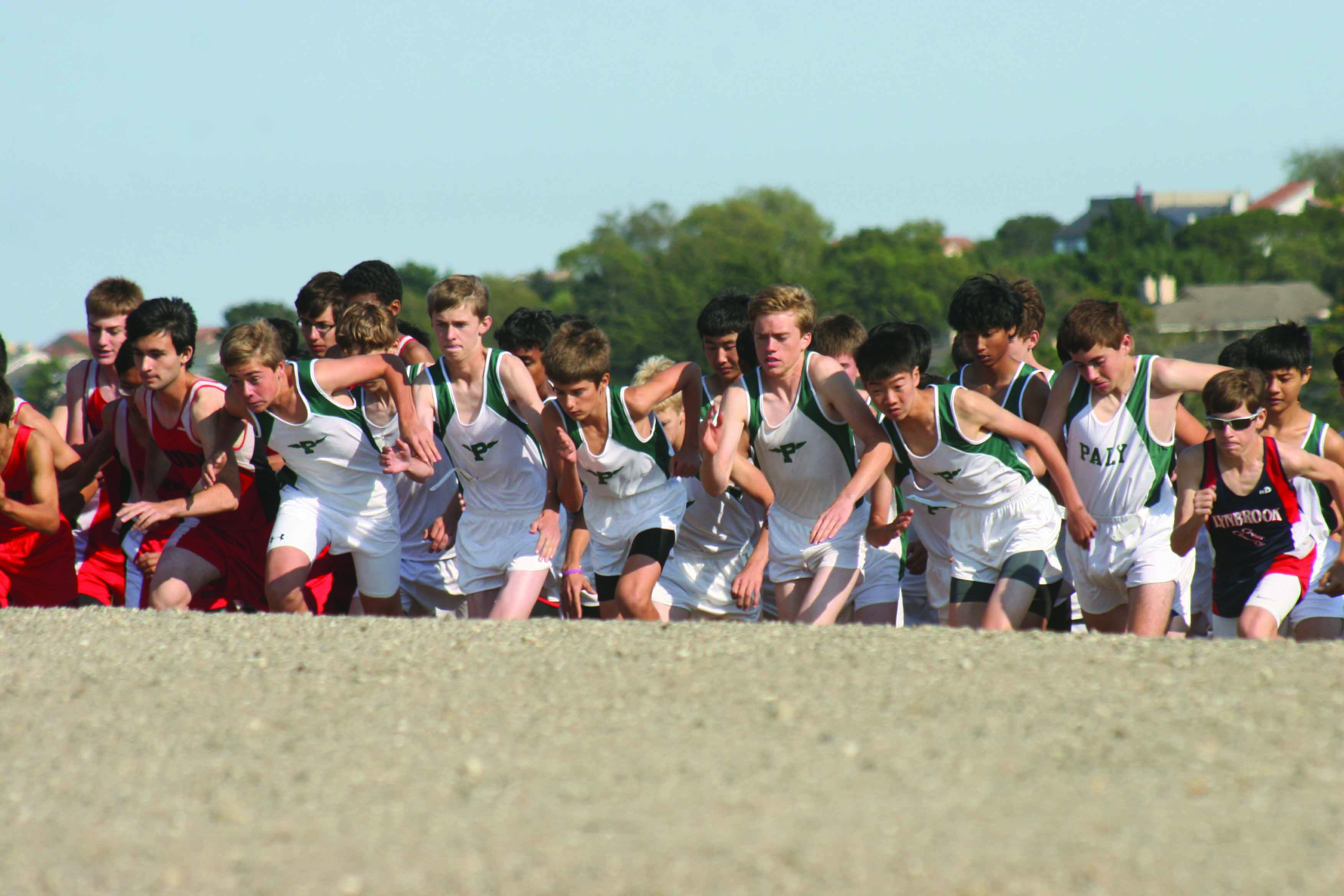 Despite hopes to qualify for the California Interscholastic Federation Cross Country State Championships, the Palo Alto High School boys’ and girls’ cross country teams fell short at the Central Coast Section (CCS) Championship meet. Neither the boys’ nor girls’ teams, nor any individual runners, qualified for the state meet.

Before the CCS meet, both teams participated in the Santa Clara Valley Athletic League (SCVAL) Championship meet on Nov. 5. The meet was held at the Crystal Springs cross country course, which is 2.95 miles long. The boys’ cross country team finished fourth overall, one spot behind crosstown rival Henry M. Gunn High School. Junior Lucas Matison led the way for the Vikings, finishing first overall in the race with a time of 15:29.7. Matison was followed by junior Aaron Chandler and freshman Kent Slaney, who finished 16th and 20th respectively.

Prior to the CCS Championship meet, the boys’ team lost their top runner Matison to a bike injury.

“Our top two runners both injured themselves in bike accidents, and there were a few injuries from strain throughout the season,” senior team captain Jack Hansen said.

Despite these injuries, the boys’ team still managed to place ninth overall at the CCS Championship meet, but the injuries may have been the main factor in preventing the team from qualifying for the state meet. The CCS Championship meet was also held at the Crystal Springs Cross Country Course. Chandler and Slaney were again among Paly’s top finishers, finishing 37th and 43rd overall respectively.

“Next year, we have a strong underclassman group,” Hansen said. “To improve, we have to continue doing what we already have been doing.  The same group is going to come back and continue working together so that the team continues to grow and get stronger.”