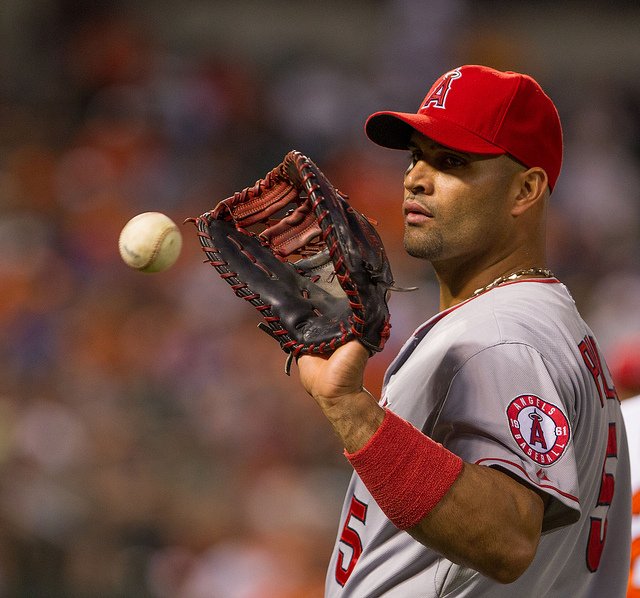 Albert Pujols is an example of a player with expensive long-term contracts that have failed to pay off.

Every offseason, Major League Baseball (MLB) teams compete to sign the high profile free agents available on the market. It usually takes a big financial commitment from the organizations to sign these players, especially for teams that are considered an unattractive destination. However, organizations have still been willing to hand out these contracts with the hope of improving their teams’ performance on the field.

However, looking back over the past decade, many of these contracts have not worked out in favor of the team, as the players’ receiving the contracts have often under performed or the team has failed to succeed on the field, leaving the organizations stuck paying big money to fund a losing team.

The biggest problem with major league clubs handing out these contracts is that all the money is guaranteed, so there is no incentive for the players to keep working hard once they sign.

Another issue is that many of these high profile players hitting free agency are in their prime, so teams end up paying them for past performance and only end up getting a few good years out of the player before they start to decline.

Look back at the contract Alex Rodriguez signed with the Texas Rangers for a total of $252 million over 10 years. While Rodriguez performed at a superb level from 2001-2003, winning the American League Most Valuable Player (AL MVP) in 2003, the team finished in last place all of the three seasons he was there. The Rangers were able to trade him to the Yankees during the 2003 offseason, but they had to send $67 million to the Yankees along with Rodriguez. With the Rangers committing so much money to Rodriguez during those three seasons, they were unable to surround him with talent necessary to make the team a contender.

The Philadelphia Phillies is another franchise that has been plagued by long-term contracts. They had a lot of success toward the end of the decade, winning the World Series in 2009. Their front office then decided  to re-sign many of their key players to long-term contracts. This has not worked out too well for them, as they have been unable to replicate their past success and currently have the third highest payroll in baseball.

A combination of injured and aging players have contributed to their underachieving effort. The past two years, they have finished third and fourth in their division. Yet they still have the third highest payroll in baseball because they are unable to rid themselves of their long-term contracts.

A final example is the Los Angeles Angels signing Albert Pujols for a total of $254 million over 10 years and Josh Hamilton for a total of $125 million over five years. One problem with the Pujols deal is that he was signed to it when he was 31, meaning he would be 41 by the time the contract expired, and he would still be getting paid millions of dollars each year up until then. It’s crazy to believe he will maintain his current performance level and rightfully earn the money remaining on his contract by the time he is 41.

The Pujols deal combined with the Hamilton deal puts a lot of their payroll into just two players. This is problematic because it limits their ability to improve their team in other areas and re-sign their current players. It has only been one year that these two stars have been on the same team, but so far the Angels and these individuals have underachieved. It is too early to call this team a failure but if things don’t change, the Angels organization could be looking at a financially messy future stuck with a high payroll.

Overall, long-term contracts are huge risks to say the least. There is a lot of pressure on the player when fans know he has a large salary. Some players stop working hard knowing no matter how poorly they perform, they will still be paid over the next several years.

Few long-term MLB contracts have worked out over the past decade. Players simply cannot maintain their performance level over the entire contract period and teams end up overpaying players at the end of their careers.