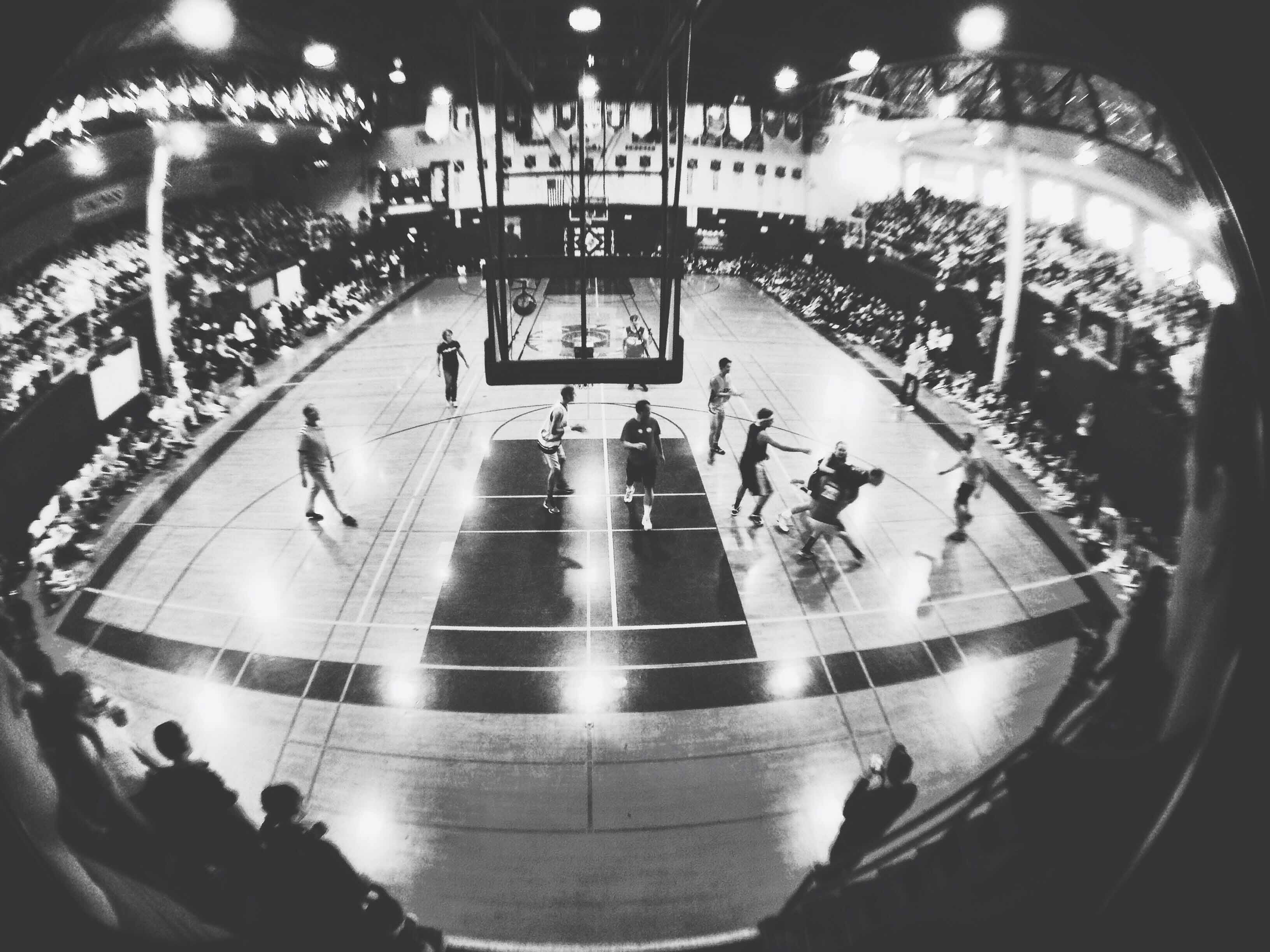 After an action-packed basketball game at the Winter Rally, the seniors ultimately lost to the staff by a score of 22-12.

Despite a strong lead in the first quarter, the seniors lost to the staff by a score of 22-12 during the annual Winter Rally basketball game.

The students’ lead was short-lived. By the end of the second quarter, the staff took a commanding 16-7 lead, and from then on, their points racked up higher and higher.

Aside from the basketball game, the Winter Rally featured performances by the pep band, cheer and dance teams.

Sophomore Christina Park, who attended the rally along with many of her fellow classmates, praised these performances.

“I thought that the cheer and dance performances were both executed really well and both teams definitely showed a lot of spirit and enthusiasm,” Park said. “It was entertaining to watch. The band, as usual, played well.”

Park was really disappointed by the seniors’ loss to the staff.

“It was disappointing that the students lost, but they had a good effort and it was a lot of fun to watch,” Park said.

“A lot of us haven’t played basketball either ever or in a really long time,” Bundy said.

Overall, Bundy thought that the seniors had tried their best considering their lack of expertise.

“We came in with high hopes of beating the teachers,” Bundy said. “We tried our hardest and played to the best of our ability.”

“I went in cheering for the students but the staff did so great out there,” Gonzalez said.