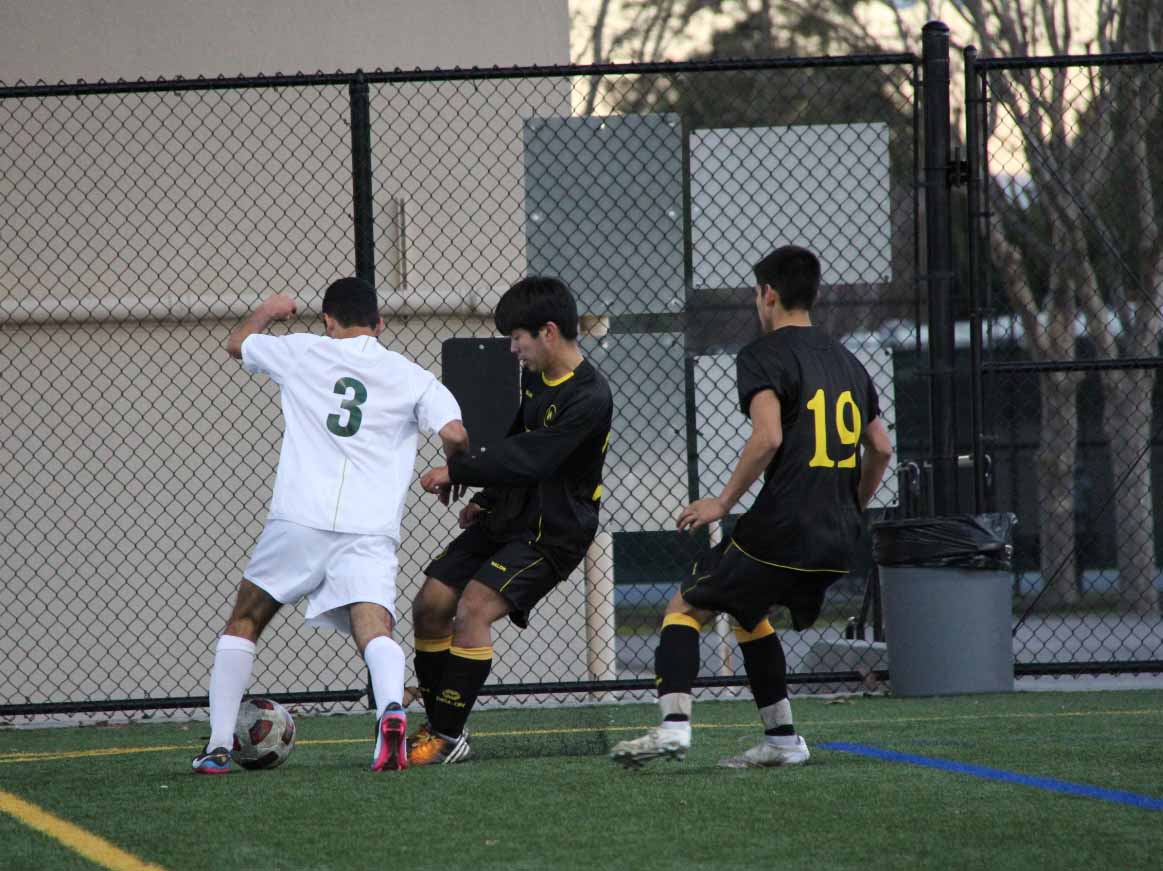 “Beating Santa Clara gave us some much-needed confidence for our young team,” junior Edward Chen said. “After losing, our morale was low, especially because those games were winnable.”

Paly led the Spartans early in the game, with the first half closing at 1-0 in favor of the Vikings. However, defensive slip-ups and an ineffective offense in the second half allowed Mountain View to turn the tables and secure a 2-1 victory.

“We played up to par against the second best team in the league,” Chen said of the game against Mountain View. “Scoring early contributed to this as well, but our weaknesses were apparent in the second half.”

The team had been struggling in the latter part of January with several key losses to league powerhouse Los Gatos High School, as well as Fremont High School and Mountain View High School.

Palo Alto has struggled to maintain momentum throughout both halves for the season, with its second half scoring 20 percent worse than its first half numbers.

The team faces two high-stakes games against Fremont and Los Gatos and are motivated to win.

“We need a win against Fremont because we need to make sure we stay in the De Anza League because we don’t want to get regulated,” varsity Coach Briggs said. “Whoever wins the game gets to stay in the league and whoever loses has to move down to the El Camino League.”

Not only does the team need to win the game against Fremont, it also has to tie or win against Los Gatos to qualify for the Central Coast Section (CCS) playoffs.

“If we at least tie or beat Los Gatos, then we could get a CCS birth,” Briggs said.

Despite the outcome of the remaining games awaiting the team in this end of the season, the team is still positive about future seasons.

“We have such a young team this year,” Briggs said. “We have 20 players and only three are seniors, so we will have a stronger team next year.”