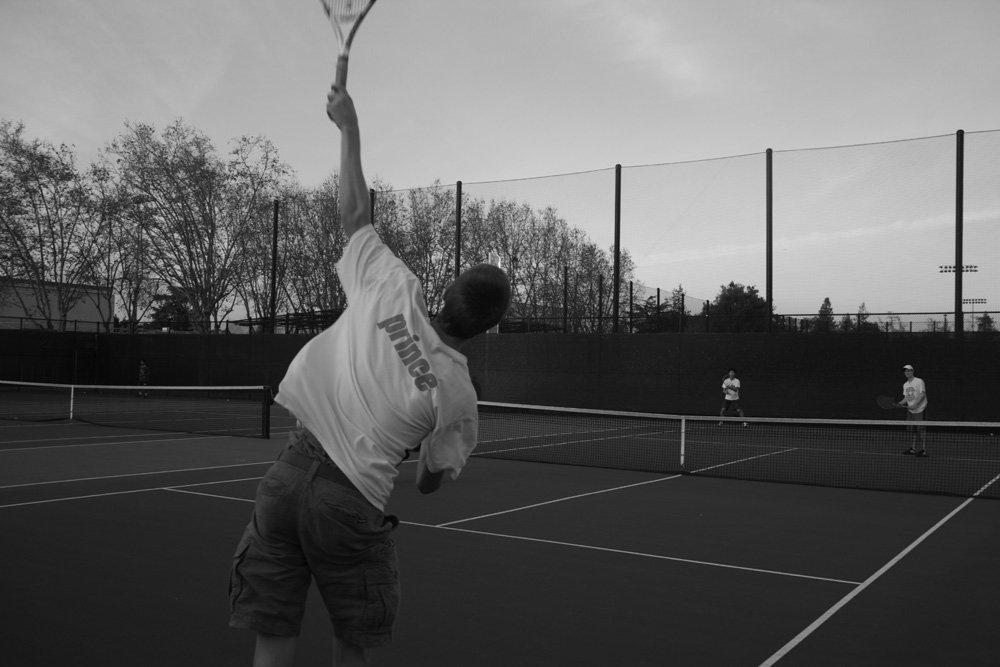 For the upcoming season, the Palo Alto High School boys tennis team is looking towards a promising start after last year’s victories.

Both tryouts and practice began on Feb. 3, after school.

Despite their SCVAL success, the boys faced a disappointing loss in the second round of the Central Coast Section (CCS) Championships last year.

However, they are optimistic for the coming season and feel that they are able to win get farther in CCS.

“I’m looking forward to finishing strong and getting farther at CCS at the end of the new tennis season,” senior George He, a varsity team member, said.

“We played pretty well last year, but now that [the team] is healthy and with new guys coming up, we should do even better this year,” senior teammate Austin Leung said.

The team will be coached this year by Andy Harader.

Additional promising athletes are Shiv Matta, Jack Paladin and Ronak Baldua, who hope to lead the team to victory in the singles matches.

“The league that we are in is the best league in Northern California and the competition is stiff,” Harader said. “We face this every year, on one hand you’re playing the best all the time, and on the other hand you’re losing a lot. I’m hoping that we can come close to the semi-finals in CCS this year. We have a lot of potential.”

Many players, including senior Niall Patrick, are optimistic.

“I think that we are going to have a strong team this year as most of it is comprised of seniors,” Patrick said. “We also have a few solid underclassmen who carried the team last year in several matches. We haven’t lost too many players from last year but we are definitely going to look to build on our doubles teams this coming season.”

This year, the junior varsity team is looking towards Saratoga as resilient competitors.

According to Harader, the varsity team is keeping an eye out for the national champions: nearby Menlo School.

Overall, with such strong members, the boys’ tennis team is convinced that the season will be a promising one.

“[I am] extremely confident,” Harader said. “We now have the best team we have had in probably five years.”

Hopefully, this year, this confidence that Harader speaks of can manifest into wins.