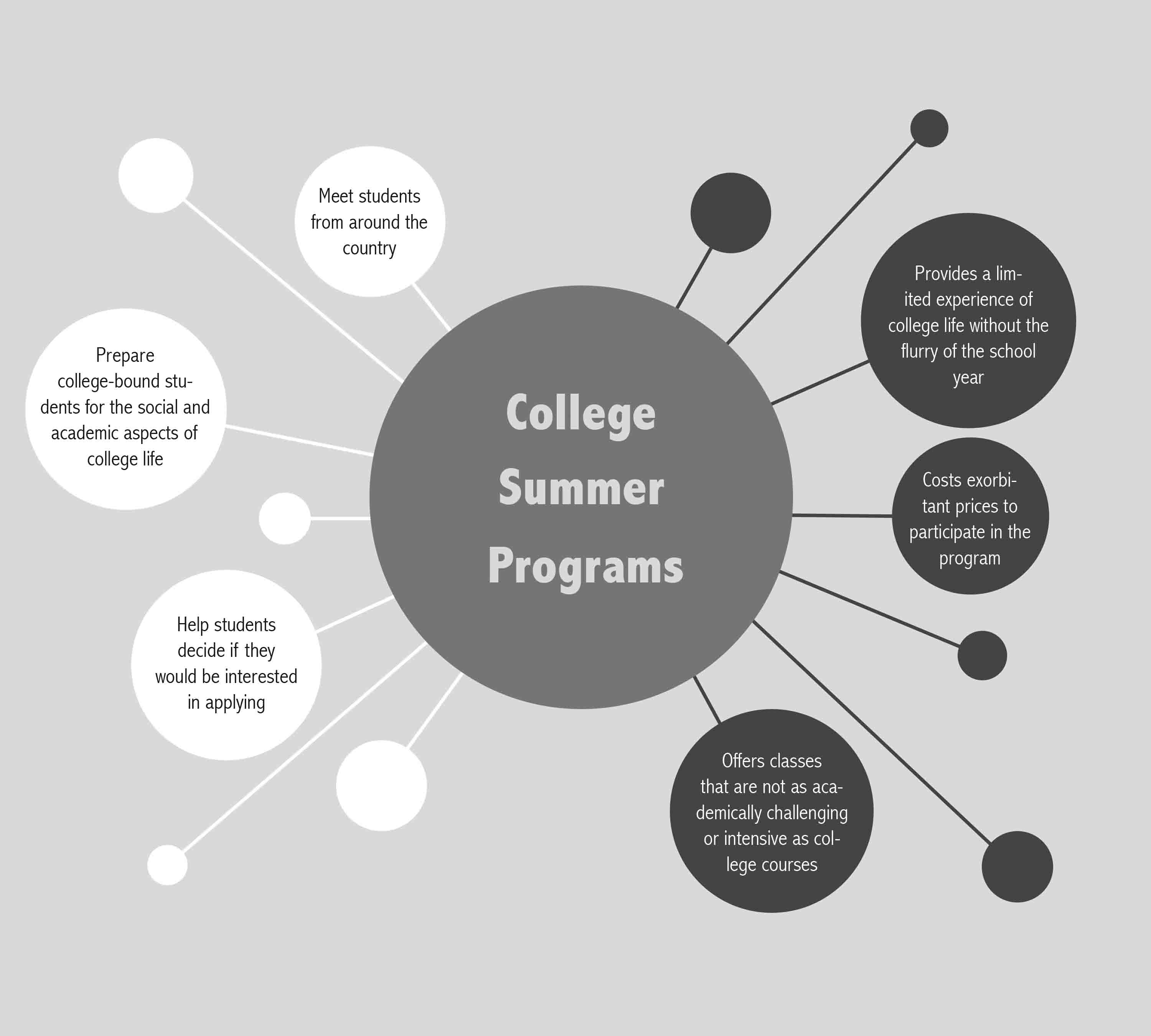 As college admissions grow increasingly competitive, many Palo Alto High School students have elected to study at their prospective colleges and universities during their summer breaks. These pre-college programs allow students to prepare for the social aspects of college life, while still allowing them to take classes that are more interesting and rigorous than those they have access to in high school.

Reasons for participating vary. Some students are interested in getting to know a particular college, many hope it will increase their chances of getting in to one of their top colleges and others simply don’t know what else to do with their summer. Whatever the reasoning behind their decisions to go, pre-college programs are a fun, productive use of any period of a student’s summer, from week-long programs to those that stretch across an entire summer. For Paly students who have gone in the past, pre-college programs have opened their eyes, and allowed them to gain insight into how to prepare for college.

“I did two summer programs,” senior Andrew Watson said. “One… was a biomedical research program… We were given lectures [by experts] every day on cutting edge topics in the field… The second program I went to was an infectious diseases program.”

Watson chose to do two pre-college programs, one at the University of Pennsylvania and the other at Emory University, and had postive  experiences with both. The first was a month-long program, while the other lasted two weeks. He chose to do both programs because he was interested in both the schools themselves and the unique courses they offered.

Although Watson decided not to apply to either universities, he enjoyed his experiences at both tremendously. He believes he learned how to deal with social and academic aspects of college life as a result of the programs.

“You’re living in the dorms, you’re not with your parents, you have to manage your own time,” Watson said. “You have to allocate your money. It’s a lot of fun and I think I’m better prepared for college.”

Jack Shapiro, also a senior, chose to do a week long summer program at Georgetown University’s Medical Institute. Shapiro had already visited the school and decided he would apply to the school after finishing the program. His choice to go to the university was a result of his interest in Georgetown and his desire to possibly pursue a career in medicine later on.

“We stayed in the dorms at Georgetown for a week and went to the med center every day,” Shapiro said. “I got to explore aspects of medicine from patient care to medical research.”

Shapiro’s experience, while more brief than Watson’s, left him with a similar impression about summer programs.

“Socially, living in a dorm with other kids [prepared me for college]” Shapiro said. “The experience I got from taking the classes and being with the professors gave me insight into what college is going to be like, and I know now going into college what I need to do and what I need to prepare. I’m more ready mentally for that process.”

College programs are not a guarantee that students will be accepted into the school of their choice. While such short programs aren’t necessarily the most academically rigorous, they prepare students for college in a way that nothing else could. Such programs allow students to figure out what they want from their college experience, and help prevent them from landing at a four-year university that is not necessarily suited to them, in addition to allowing them to meet students from around the country.

Pre-college programs prepare students for the daily issues they will face in their college lives, from pinching pennies to time management. Pre-college programs give students an idea of what to expect in their future, and are the perfect way for interested Paly students to use their summers in an interesting and productive way.