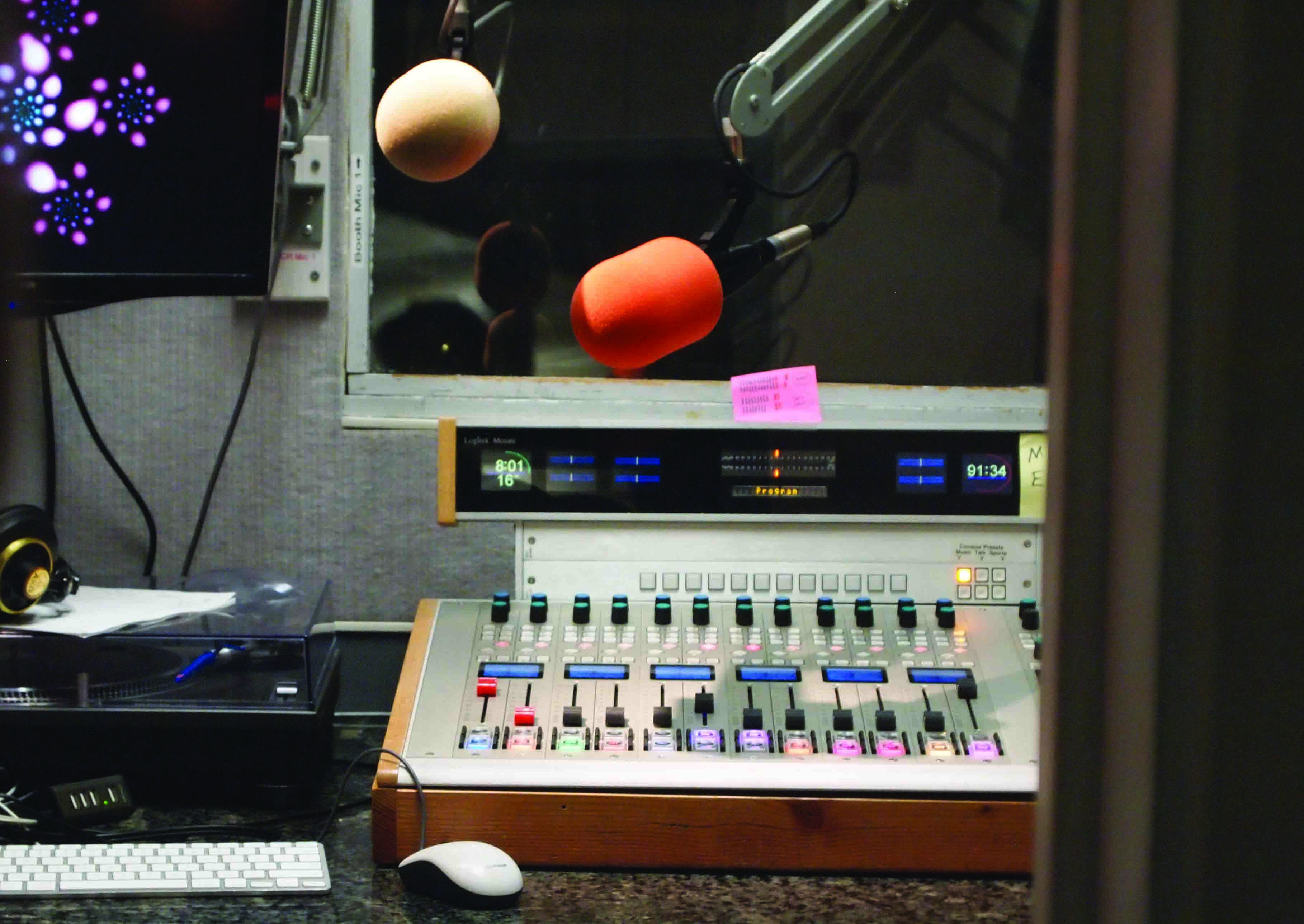 Members of the Paly Radio Club will broadcast their shows out of the Stanford radio station, KZSU. They are taking a five-week course in order to learn about the station, including how to use the equipment pictured above.

With eight different publications at Palo Alto High School, it would seem that there are not many more opportunities to form another. However, a group of sophomores formed a club to explore another form of media arts: radio.

Maya Kandell, Esmé Ablaza and Zoë Limbrick, sophomores and founders of the Paly Radio Club, decided to form this club in order to begin their own radio show.

“Radio is a medium [that] our school hasn’t explored yet,” Kandell said.

Although the club has been successful so far, members did run into some trouble during its formation. According to Limbrick and Ablaza, finding a teacher to fill the off-campus supervisor position for the club has been difficult.

Limbrick acknowledged that they have received support from Paly, their advisor Lucy Filppu and the staff at KZSU.

The radio club will broadcast out of the Stanford radio station KZSU 90.1.

However, before they can begin broadcasting, there are several steps they must complete.

“We need to take workshops at KZSU once a week for five weeks and then pass the final test,” Ablaza said.

This will ensure they are “air-cleared” and are able to broadcast out of the station without supervision. After being air-cleared, the core members of the club also have several other requirements to fill.

“Those of us doing the training must do 15 hours of community service, shadow a DJ who does something similar to what we’d like to do, create a half hour demo show and then apply for a time slot for our show,” Kandell said.

KZSU does not charge for the privilege to broadcast out of its studio, and the radio club will be allowed to begin its show as soon as they have completed the necessary requirements.

“Stanford KZSU is a non-profit, non-commercial station and all of their services are free,” Kandell said. “That’s an incredible thing, and I feel really lucky that we’ve gotten to benefit from it.”

Once all of this has been completed, the club members will start producing and airing their show. They hope to have all of these steps completed in the next few months, according to Ablaza. Though the club is still in its inception, the members have given some thought to the format and style of the show they will eventually start producing.

“Our idea is to pick a broad topic each week and conduct various feature stories based on that,” Limbrick said. “We know there’s a lot of high school talent within that isn’t always recognized in the community, so we will be looking for bands or short stories to be performed.”

Though the specifics have not been finalized, they agree upon the major ideas: to share the stories, opinions and talents of the student population.

The club currently has about six active members attending the training, according to sophomore Saba Moussavian, the digital strategist for the radio club.

“We would be thrilled for anyone who wants to join to participate,” Limbrick said. “You don’t have to be air-cleared to participate.”

The club hopes to gain more people in the producing aspect of the show, as well as people who would like to share their talents or experiences on the show, to increase the variety of their content, according to Ablaza.

There already has been some talk about the club evolving into an entire class at Paly, according to Kandell.

“I can see this evolving into a class at Paly, like how Voice, Campanile, Verde and Viking are all classes, but probably not for a few years because it all depends on if there is enough interest in radio for people to make a time commitment for it,” Ablaza said.

According to Ablaza, the time commitment will vary depending upon the person, but for those who would like to be a central part in the club, it would require taking more time to learn about radio and how KZSU works. However, all of the members of Paly Radio Club do recognize that it would be a long process with major difficulties.

“[KZSU isn’t] set up for big groups of people, and it would be difficult to make that work without being a burden to them,” Kandell said.

Currently, the members of the club are content with starting to broadcast their show and developing their club.