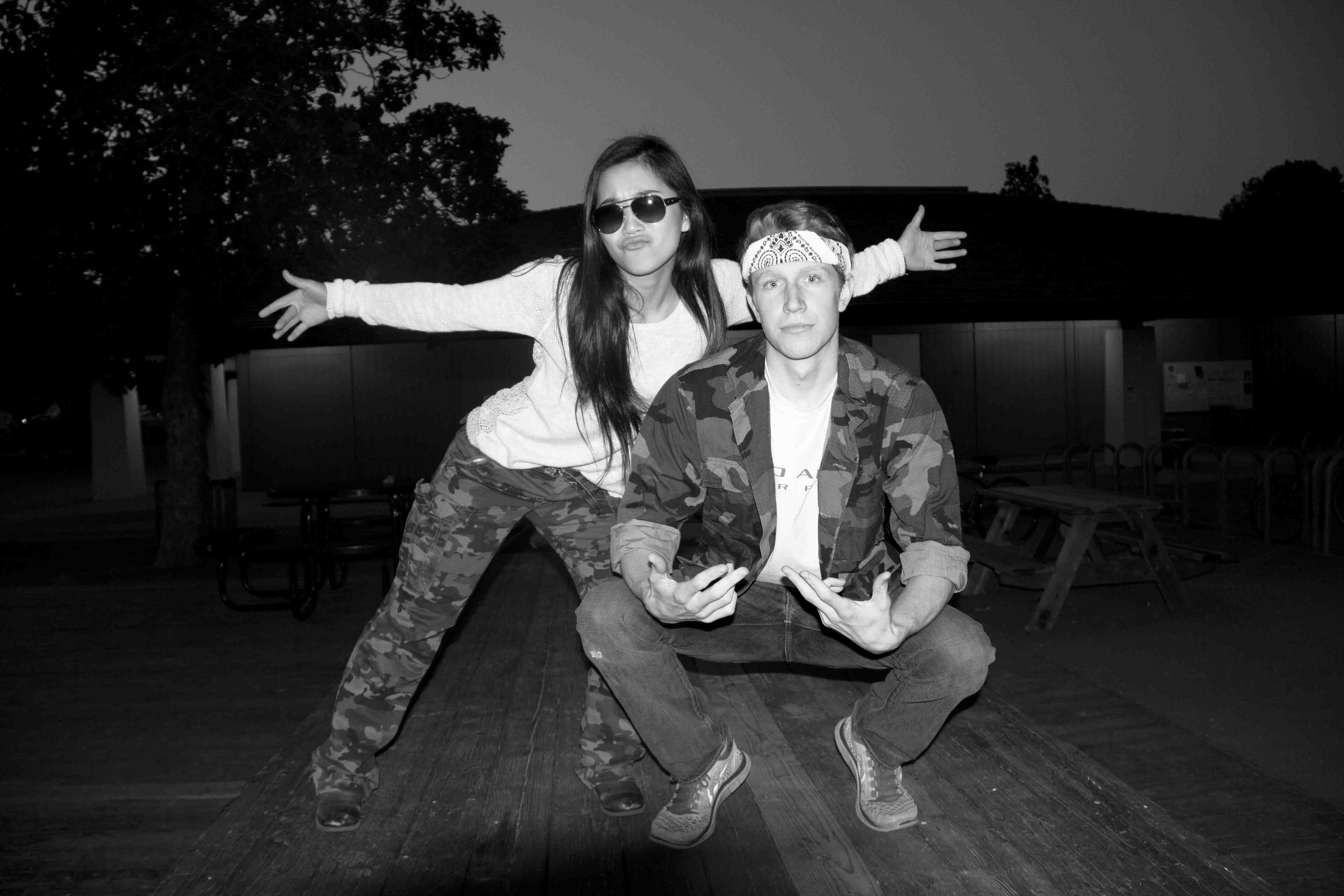 The Life of a Second Semester Senior

As we delve deeper into second semester senior year, the workload in most classes seems to be diminishing. Or perhaps we just have a skewed perception of the workload due to the lack of stress and motivation for academics now that college apps are completely done, and we technically don’t have grades that matter anymore (just don’t get a C). You fellow seniors might be sitting in class, dazing off into a daydream or staring blankly at a wall counting down the seconds until the bell rings, but rather than vegetating, make use of class time by engaging in these much loved class activities.

Before it was deleted from the App Store, this game dominated both the Apple and Android Application game charts and is still taking Paly by storm. The idea of Flappy Bird is rather simplistic: tapping the screen makes the bird stay in flight and each time a collision with the green pipes is avoided, a point is awarded. This tap-based physics, however, makes the collisions practically impossible so much so that a double digit score is worthy of bragging. A tip, courtesy of Will Mendenhall, is to wait until the bird is slightly below the pipe and then tap to send the bird smoothly through pipe without colliding. This application is more than a game, but rather, a lifestyle. Once you begin playing, it’s hard to stop, which is probably why the owner deleted the game from the app store. Make sure to be sly and play under your desk to avoid teachers taking away your phone. For those of you who suck at the game, check out squishy birds! Trust us, it’s the best catharsis.

One of the most classic games of all time is the one and only boobsciball. What better way to spend your time then to combined the timeless game of basketball and boobs? The game is simple and easy to set up. First, make sure you have an ample supply of small paper balls. Those math notes will work just fine. Next you need to choose targets. The girl closest to you is 10 points, the next farthest is 20 points and so on. The game is played by shooting a paper ball into the cleavage of the girls in your class. The game can be played with two to six players and 100 points wins the game. If a player at any time gets punched, scratched, slapped, and/or kicked in the balls he is then disqualified from the game. Play at your own risk.

Caricatures of the Teacher

We all have that one teacher with the big ears, small nose, or dinky looking haircut. Well now is the time for you to put your artsy side to work. Draw a kickass caricature of them and post it on facebook for the whole world to be amazed by. Who knows, you might just be the next Van Gogh.

Decide where to go for lunch

Since most of us can drive now, Town and Country isn’t the only option. And with a seemingly ever-expansive number of lunch choices, it makes the decision pretty grueling. There’s always Ikesplace, downtown Palo Alto, and Hillel’s house.

Here’s a foolproof way to get out of the classroom: 1) Cross your legs and squat a little. 2) Hold your breath to make your face red. 3) Proceed to cry to add dramatic effect. 4) Yell “Why did I eat those 30 cent tacos!”. 5) Beg for your life and explain how you feel like you are about to give birth. By now the teacher has most likely let you leave so chances are you have stopped reading this. But for those of you who still are reading you might as well start playing boobsciball now. It’s a fast way to meet girls.