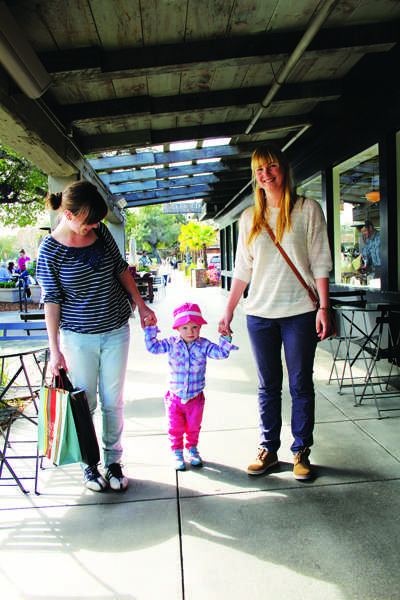 “What was the happiest moment of your life?” “She. Birth of my daughter”

Back in summer 2010, a photographer named Brandon Stanton began a project to create a catalogue of 10,000 New York City residents, thus beginning Humans of New York, otherwise known as HONY. HONY’s published compilation book is a number one New York Times bestselling book, while it also pulls in over four million followers on its social media sites. But that isn’t all – HONY not only has a worldwide fan base, but it also has penetrated our hometown, Palo Alto.

While HONY has captured the minds of people worldwide, it especially impacted two Henry M. Gunn High School juniors, Calvin Wang and Brendan Wong, who decided they wanted to bring the same ideas behind HONY to Palo Alto through their own project, Humans of Palo Alto (HOPA).

“Calvin approached me with the idea encouraging me to join the team and help them start up the site,” Gunn senior and HOPA photographer Michael Chen said. “I’ve been into photography for sometime and he saw me as a possible prospect to join his team. I was present with Calvin when he made the page.”

“We’ve been expanding,”Paly senior and HOPA photographer Lizzie Rivette said.  “We’ve gone downtown, to California Avenue, Stanford Shopping Center and Town and Country [Village]. We are just trying to get as many people as we can in order to get to know our area, where we’re from [and] where we live a little bit better and on a deeper level. The general idea is straight from Humans of New York.”

Stanton’s idea started as a visual directory of people from different locations in New York City and morphed into a series of more random photographs of all types of people. This approach allowed for a celebration of the individuals in the photos and who they are rather than focusing on where they are from.

HOPA aspires to follow a similar path, “capturing the uniqueness of individuals in Palo Alto with portraits and words of the people we find,” as stated on the HOPA Tumblr page.

But just as Stanton’s original intentions for HONY differed from  where the blog eventually went, the students behind HOPA are still unsure of where this project will take them.

While the group originally started with only Facebook page, they soon added a Tumblr and have recently added an Instagram.

The HOPA page is approaching 1,500 followers on Facebook and has surely grown in both readership and scope since its January start.

In addition to this new social media site and ever growing popularity, HOPA is changing in other ways. The group has recently made a change regarding their photo captions and will no longer be including names.

“The reason we keep the specific photographer of each photos private is that it doesn’t matter who took the photo,” Chen said. “We want the focus to be 100% about the person being featured.”

Rather than reading a list of questions, these questions serve as a jumping off point.

“We start with one of those questions then we go and we go on a tangent line and see what we can get out of the person,” Rivette said. “We want something personal, we want to get to know you in a quick, one-sentence way. It’s not an easy thing to do with [a list of] questions, it’s so formulaic.”

To further improve the quality of the caption, HOPA is trying to ask more pointed questions to get a more concise quote.

Looking forward to next year, Wang and Wong will continue as seniors as the current seniors embark on their journeys outside of Palo Alto.

“As seniors now, we haven’t started thinking about the future,” Rivette said. “We are just living in the moment. We are here on the team, we are going to do our interviews and get our photos. We are going to do as much as we can while we are still here in Palo Alto before we go off to college.”

But maybe living in the moment isn’t the best idea, to quote one of HOPA’s photos, “My advice would be…first of all… to live everyday of your life like it is your last is stupid advice! The corollary is that you should appreciate every day that you get. Take deep breaths…appreciate what you have and understand that time goes by faster than you think. So appreciate what you have now because you don’t know how much time you have left.”

Quotes like these, paired with intriguing portraits of their owners, are what draw readers to HOPA.

The combination of the profound and the mundane, the serious and the lighthearted reveals who the humans of Palo Alto really are.