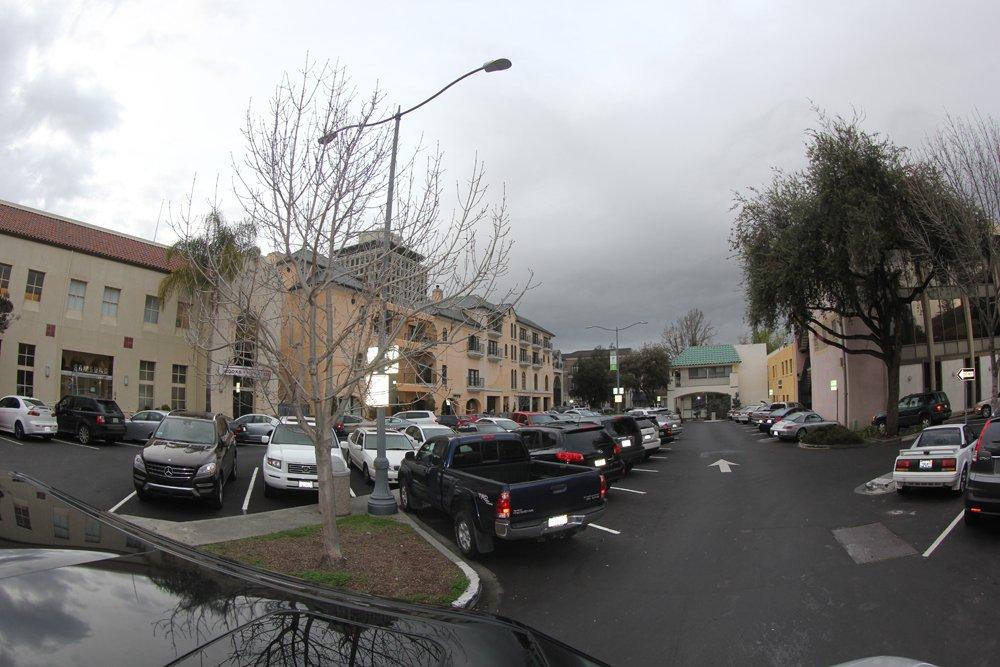 Limited parking makes it difficult for residents to navigate through Palo Alto.

While sitting in my car on my way to school for the past few weeks, I have started to notice a significant increase in the amount of people driving to school during the rainy season. It creates huge lines on Embarcadero Road and adds 15 minutes to any normal morning commute around Palo Alto. Even worse, it presents a parking problem for many drivers, who are hard pressed to find any spots remotely close to Palo Alto High School in the Embarcadero parking lot, or a spot in general in the Churchill parking lot.

This might be due to the construction, which has blocked off many potential spots causing chaos for any late drivers who are scrambling to get to class on time many of whom park on residential blocks instead.

However, this problem will solve itself once the rainy season has stopped. Hopefully this will mean an increase the number of bikers commuting to school and once the Paly Media Arts building is finished, it will provide relief to the Paly parking situation and introduce more lot spots.

The same cannot be said for the City of Palo Alto. Unfortunately, it is in need of serious adjustments if it wants to expand any further.

Before the technology boom and the birth of Silicon Valley, Palo Alto was a small town with most of its traffic was headed towards to Stanford. Many of the other people flocked to the area during the time when the transistor and the integrated circuit were founded.

Although Palo Alto has been a center of Silicon Valley since these inventions, the city’s parking problem only began with the size increase in Stanford University and its hospital coupled with the transformation of downtown Palo Alto to accommodate for software development and venture capital expansion.

Because Palo Alto attracts such a broad range of people, it is becoming increasingly  difficult to accommodate the desires of all citizens in a way that is universally accepted.

Techies want the city to expand past its current capacity while long-time residents looking for small town feel want it to go back to what it was when they first moved here. This makes it almost impossible for residents to agree upon many things in the town, including solutions to parking issues.

The city just finished discussion regarding a new parking rule which would allow disgruntled community members to significantly reduce parking by non-residents on residential blocks. The requirements are that the residents have a super majority on approval of the movement and that the block be 75 percent occupied during the daytime.

Although the details are still being hashed out, I believe that this does not solve the issue of fixing the parking problem in Palo Alto.

This legislation only causes a bigger problem for the levels of congestion in the heart of Palo Alto, because the people will all be flocking to the parking garages instead.

The frustration of citizens of Palo Alto is understandable and they are certainly entitled to their own spaces, but the proposed legislation is not the solution to the problem.

Palo Alto needs to expand its public parking options and infrastructure in general in order to accommodate for the rapid growth of the city.

The city can accomplish this by requiring businesses to provide adequate parking for their employees and by building smaller parking garages on top of the already existing ones.