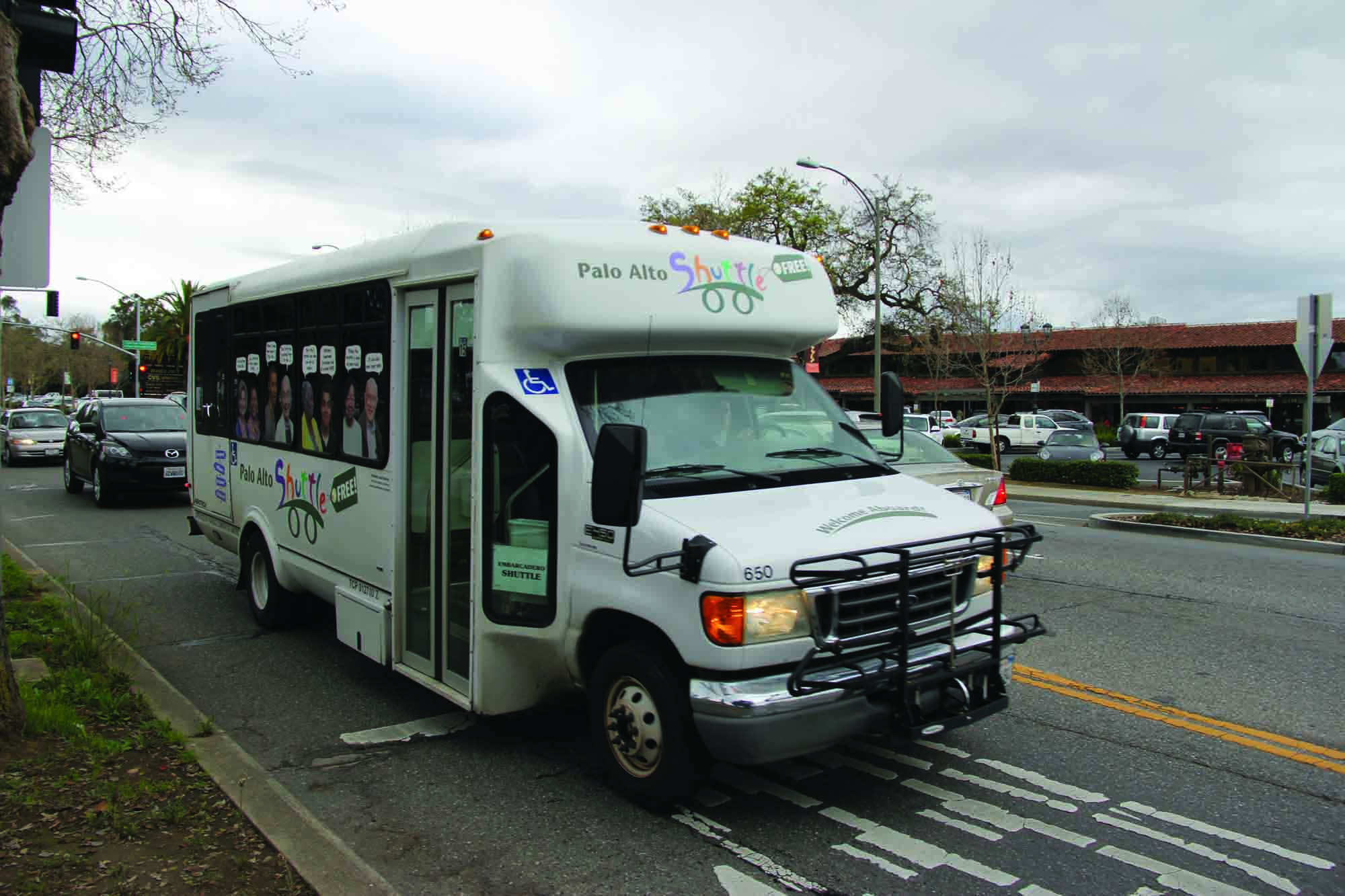 The Palo Alto shuttle program will triple its service and add new routes around the city.

This past month, the Palo Alto City Council set up a proposal to expand the current city’s public transportation in hopes of relieving traffic throughout the city and freeing up parking downtown and around the city. The current proposal aims to expand Palo Alto’s small shuttle program, consisting of only two buses, by an estimated $1.4 million annually.
Currently, the city has only the Crosstown Shuttle, which runs from downtown to East Charleston Road every hour. Under the proposal, this route will triple its service, with shuttles running every 20 minutes. City officials hope to add routes that would run along University Avenue and connect South Palo Alto to the Stanford Shopping Center, passing by California Avenue and Town and Country Village.
Palo Alto High School students have mixed views about the proposal; some are highly in favor of spending the money on increased public transportation, while others believe that the money should not be wasted on a service that is not used that regularly.
“I think transportation is a vital part of the functionality of a city, so it’s a worthy investment,” senior Edward Mei said. “However, with a shuttle system already in place, [the city] could have used those funds elsewhere.”
Junior Noah Hashmi voiced similar views as he is also in favor of spending the money on other outlets besides transportation.
“I think that Palo Alto’s transportation services are already sufficient and effective given the number and frequency of shuttles that drive people around the city, and I don’t see a need necessarily for a million dollars to be allocated to these services,” Hashmi said. “This is especially true since two of our major libraries are undergoing painfully slow construction and the money should go instead to expediting this process to benefit Palo Alto’s residents.”
On the other hand, senior Rajiv Vasudevan believes that the shuttle service is heavily unused and therefore no money should be allocated to expand the program.
“No one really uses the shuttles- at least I do not,” Vasudevan said. “Palo Alto is too small to have increased [public] transportation. Ride a bike. Walk. I think the money should go to other, more important outlets.”
The proposal is also considering adding a shuttle that would connect to Bart at stations like Fremont or Millbrae, a way to make travel up to San Francisco, Oakland and Berkeley much easier.
There is no doubt that we have all been caught up in some traffic clog somewhere in the Bay Area and hopefully with an increase in public transportation, the frustration that results from traffic can be avoided.