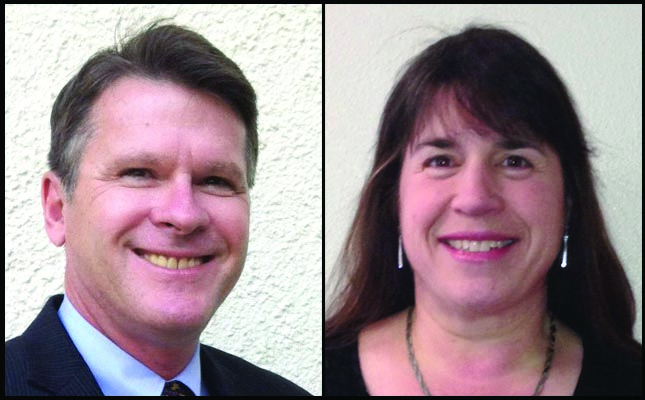 Matthew Harris and Annrae Angel, above, are both running for county judge.

Longtime Santa Clara County Sheriff Laurie Smith will run against two challengers in the upcoming election that will be held  on June 3. Smith, who was the first ever female county sheriff, will face Capt. Kevin Jensen and former Chief of Police Martin Monica.

Smith was first elected in 1998, winning in a landslide after eight years as Assistant Sheriff. Now a four-term incumbent, Smith has been scrutinized for her decision to assign a bodyguard to family friend and Santa Clara County Supervisor George Shirakawa Jr.  Shirakawa was later convicted of misuse of public funds and other crimes. Smith has also lost favor with the county union after failing to come through on her promise to provide more appropriate uniforms for extreme weather.

As a result of these controversies, the Santa Clara County Deputy Sheriff’s Association and the Santa Clara County Correctional Peace Officers Association have decided to endorse Jensen for the upcoming election. Jensen’s 28 years of experience impressed the unions, and according to the union heads Sgt. Dennis Moser and Sgt. Lance Scimeca, over 90 percent of the members favor Jensen heading into the election.

Monica, a retired chief of police, is the only Democrat running for county sheriff.

Martin is hoping to promote a better relationship between law enforcement and the community by strengthening senior citizen and child safety measures.

He made changes such as a re-institution of a Cold Case Unit to review old murder cases and establish better criminal prosecution and law enforcement practices.

Two challengers have stepped up to face Judge Diane Ritchie in the race for Santa Clara County Superior Court. Ritchie’s first term was marked by a string of gaffes, including one incident in which she asked the defendant for their phone number so they could arrange a social meeting.

Matthew Harris and Annrae Angel will oppose Ritchie. Angel said she is willing to step down from the election if it will help prevent Ritchie from being re-elected according to the San Jose Mercury News.

“The point [of this election] is to get rid of Judge Ritchie,” Angel told the San Jose Mercury News. “If too many candidates enter the race, the vote could split.”