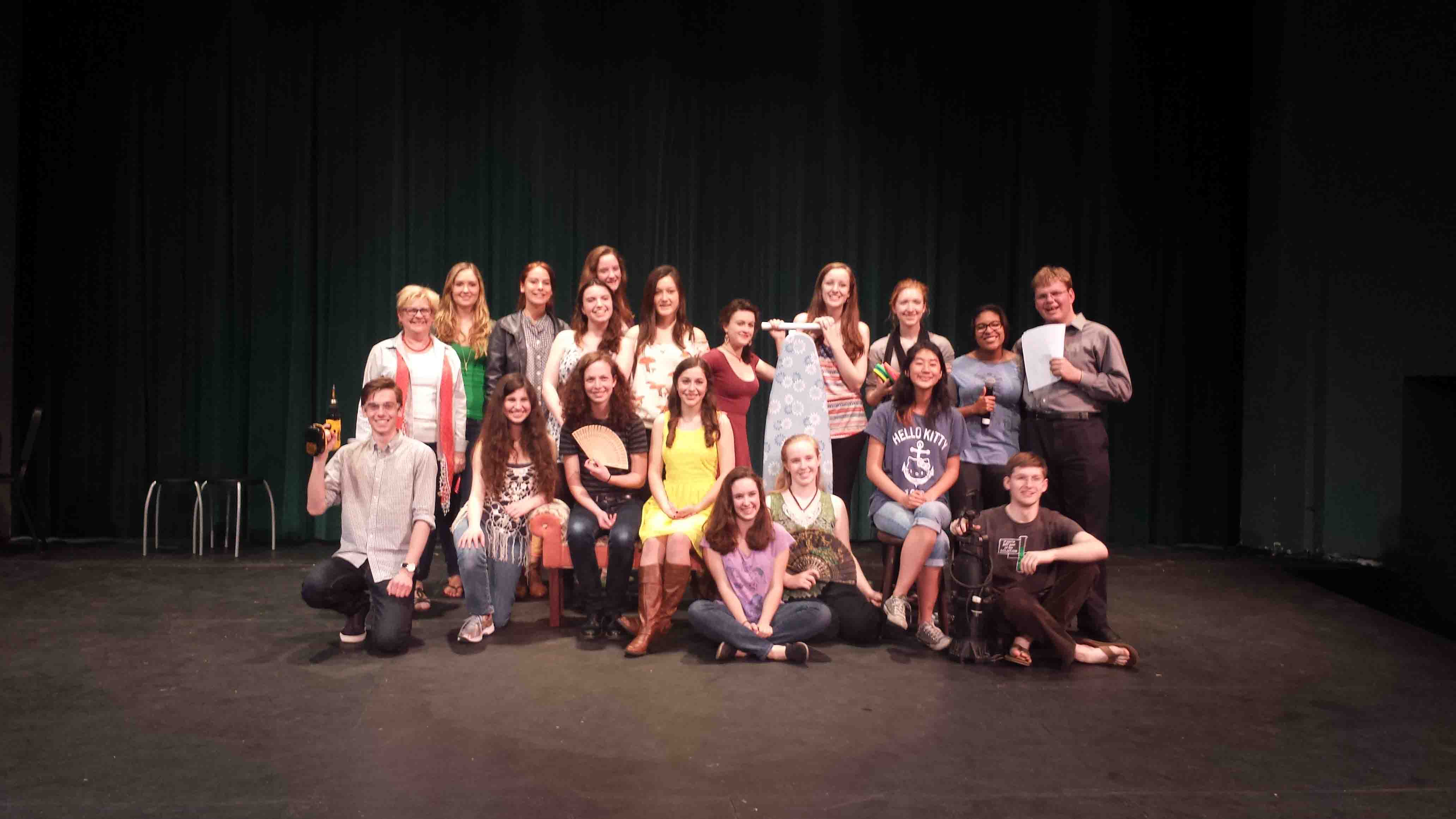 The theatre students attending the 2014 California State Thespian Festival, as pictured above, will spend three days in Upland, Calif, performing and presenting technical workfor judges, auditioning and rehearsing for various performance opportunities and scholarships, participating in workshops and interviewing for technical positions.

Many of Palo Alto High School’s theatre students will be attending the California State Thespian Festival from March 28-30 in Upland, Calif. The conference is hosted by California State Thespians and attracts students from all over California. At the conference, students have the opportunity to put on performances, compete for scholarships, attend workshops, watch other performances and interact with other thespian students from high schools around the state.
The California State Thespians’ mission is to “support students and their teachers by providing a means of recognizing and honoring excellence and dedication; leadership training for school troupes; and an annual state festival offering workshops, performance opportunities, scholarships and the opportunity to meet and learn from Thespians from all over the state,” according to their website.
When students arrive at the three-day conference, they have the opportunity to participate in individual events; audition for various programs such as PlayMarathon, PlayWorks and Scenefest; and scholarships interview for a technical position in the All State Show, a festival-wide program that is cast and produced during the conference.
Members of Paly’s Thespian Troupe #909  have consistently attended the event in the past, with many starting to attend their freshman or sophomore year, and those who have gone before look forward to doing so again. Although the weekend can be physically and mentally draining for many participants, the festival is one of the largest thespian events for high school students in California, if not the largest, and provides a wide range of opportunities.
“I went for the first time last year,” senior Sarah Ohlson said. “It was an exhausting weekend, sometimes with 19 hour days, but it was also a blast. I’m excited to go back because I feel more prepared and experienced this time.”
The festival also offers opportunities for students interested in technical theatre. Professional technicians who work at Disneyland Parks are hired to help train student technicians, allowing high school students to work hands-on in a professional environment.
Several Paly thespians will have the unique opportunity to perform for the entire conference, performing a cut version of “Almost, Maine” by John Cariani in front of an audience of several thousand fellow thespians. Their rendition of the play won Play Marathon, a local competition featuring 10 Bay Area high schools, allowing them to perform at the festival.
“It’s a bit intimidating,” senior Aaron Slipper said of performing at the festival. “It’ll be very exciting.”
Slipper will be one of the students performing in “Almost, Maine” on the main stage, in addition to participating in several workshops and events out of hundreds offered during the three-day conference.
“A huge number of high schools come,” Slipper said. “We’re [thespian troupe] number 909…It’s a huge event. It’s essentially the biggest even, in terms of magnitude, of the year.”
Senior Briana Billups, who has twice attended the statewide festival as a student technicial, notes that a highlight of the festival is the social aspect of it, and interacting with other thespians.
“State festival is always a lot of fun,” Billups said. “You get to meet other theatre kids from around California and while part of [the festival is] a competition, it really doesn’t feel that way.”