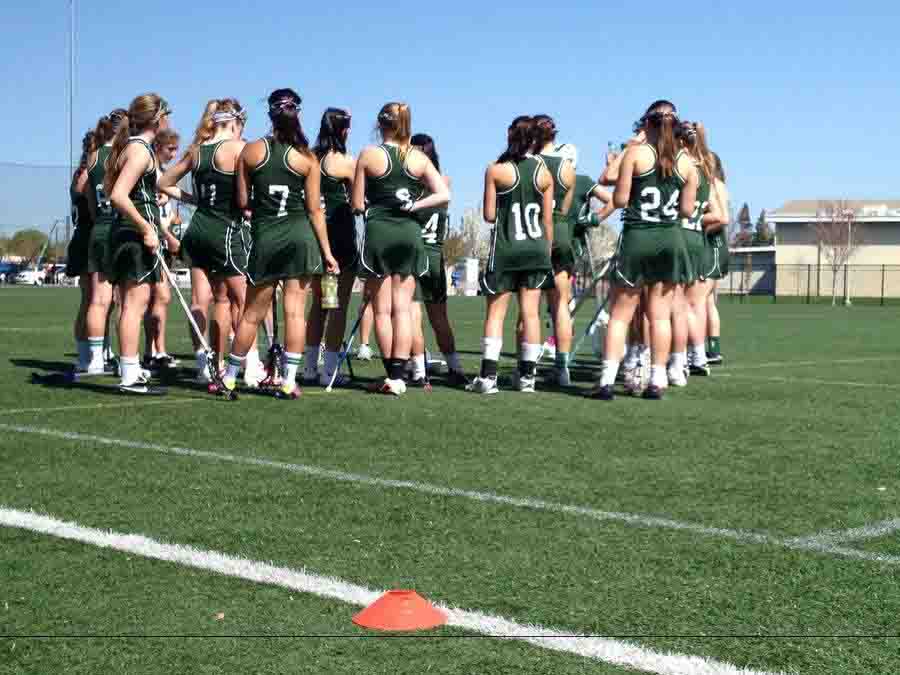 The girls lacrosse team, as pictured taking a break at practice, hopes to close out the season on a strong note against league opponents.

With the regular season more than halfway completed and after five early wins, the girls lacrosse team is hoping to keep up their successful performance in upcoming league matches.

The team’s perseverance has earned them a 5-1 league record thus far in the season, which puts them behind Henry M. Gunn High School (8-1) and Saint Francis High School (7-0).

“I think our season is looking very bright and we all know what each of us individually needs to work on,” senior Kristen DeStefano said. “As a team we can improve our rhythm on attack.”

“We were missing a couple of our starters at that game so our attack wasn’t as crisp, but our defense still put up a great fight,” DeStefano said. “We are working on making our attack more stealthy whether it be shot placement or just dodges.”

Other players on the team echo this sentiment.

“Our loss against Gunn was disappointing of course, largely because we just made small mistakes or dropped passes that lost us our possession,” junior Claire Chevallier said.

Chevallier also went on to comment on the future of the team.

“We do hope to make [Central Coast Section (CCS)], and with no more out-of-league games left in the season, that is our main focus,” Chevallier said.

The team’s overall record so far is 6-4, making it 52nd in California.