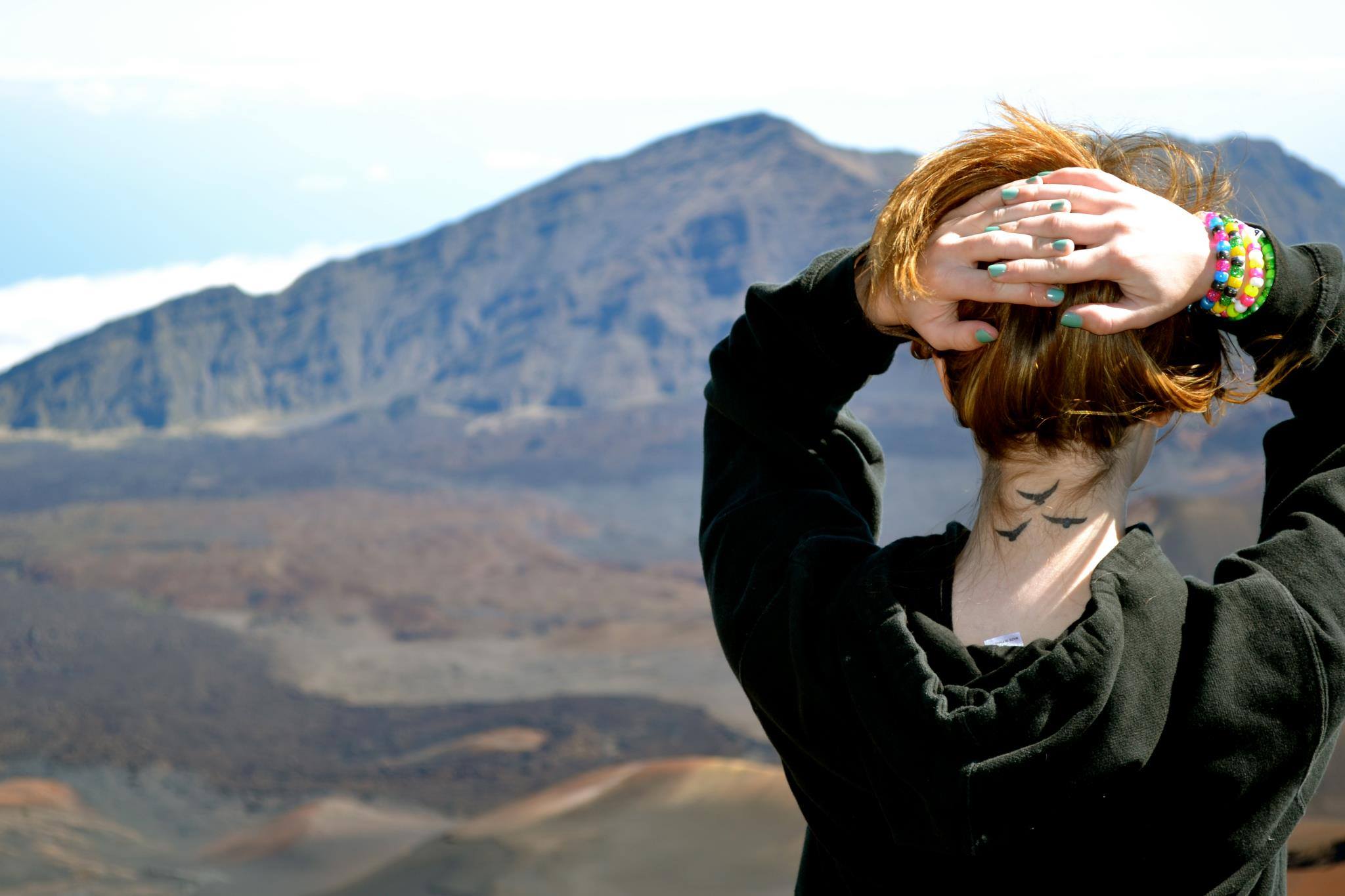 Tats: Under the needle

History
While records exist of tattoos up to 5,200 years ago, tattoos have only recently gained popularity in pop culture. As the taboo surrounding tattoos has faded, more people than ever are going under the needle. According to a 2012 Harris poll, about one in five Americans now has at least one tattoo on his or her body.
From American traditional to new skool to Japanese to polynesian, there exist numerous different tattoo styles for anyone looking to get some permanent body art.

Signifance
While some people get tattoos purely as decoration, there exists a cultural expectation for tattoos to have a deeper meaning or message.
“My tattoo means ‘Hakuna Matata’ or ‘No worries’ and has a lot of personal significance to me,” senior James Hindery said. “It has a lot to do with my childhood and my relationship with my father, as well as being one of my guiding philosophies on life.”
Senior Vivian Lawrence got a wrist tattoo saying, “have faith” written in her own personal handwriting as a way to stay connected with her mother.
“[My tattoo] is to keep my mom and I together when we are apart,” Lawrence said. “She has the same one on her wrist in her handwriting. It is something to remind me to always believe in the good, even when things seem difficult. I want all of my tattoos to be small phrases that I come up with that are in my handwriting so that they are a personal message to myself.”

Legality
According to California Penal Code 653, “tattoo” means to insert pigment under the surface of the skin of a human being, by pricking with a needle or otherwise, so as to produce an indelible mark or figure visible through the skin. This same code also prohibits the tattooing of minors, stating, “Every person who tattoos or offers to tattoo a person under the age of 18 years is guilty of a misdemeanor.”
However, despite the apparent stringency of this law, more young people than ever are getting tattoos. While some people go to professional tattoo artists outside of the shop, as senior Sydney Williams did, others leave the state of California or even the country. Both Lawrence and her mother got their tattoos while they were in Fiji, where it is not against the law to tattoo minors.

No pain, no gain
It is common knowledge that tattoos hurt, as needles pierce your skin; but how much they hurt varies greatly depending on location and personal pain tolerance. The most notorious location for painful tattoos is the ribcage, right where Hindery got his tattoo.
“As a former football player and current rower I have had plenty of painful experiences that I thought would be enough to prepare me for the pain I was going to endure while getting the tattoo, however all of my concussions, broken bones, herniated discs or all out 2k’s combined couldn’t add up to the pain of getting a tattoo right on your bone,” Hindery said.
This being said, even the pain hasn’t completely deterred Hindery, who plans to get three more tattoos in the near future.
“[I plan to get] an American flag on my right shoulder blade, an outline of California on my calf and a Polaris compass on a still to be determined location,” Hindery said. “I will probably get all three at some point over the next year, and plan on getting more later if the urge compels me. It’s kind of addicting.”
As the pain goes however, if you aren’t getting your tattoo on your left ribcage like Hindery, tattoos are not always as painful as the hype. Both Lawrence and Williams who got wrist and neck tattoos respectively agreed the experience wasn’t that bad.
“It feels like a bee sting with some electricity,” Lawrence said.
Williams, on the other hand, endured a much less painful experience.
“The session took maybe an hour tops,” Williams said. “It was not that bad to be honest. It was more of an annoying feeling. I was relieved at how little it hurt. I am definitely planning on getting one for my eighteenth birthday.”

Job stoppers?
Despite the growing acceptance of tattoos as commonplace, there still exists a stigma, deterring those who might otherwise get a tattoo. For the most part this stigma results from the association of tattoos with deviant behavior. Even if a hiring manager has nothing personally against tattoos, our culture’s perception of tattoos affects customers and therefore could affect whether or not someone with tattoos is hired.
The stigma related to tattoos cannot be generalized, but many believe the root of the stigmatization lies in the frequency of tattoos within jails. Some speculate that the strict rules against tattoos within various religions have added to the stigma related to tattoos. This being said, tattoos are as acceptable in mainstream society as ever and many tattoos can be placed in locations that can be covered and would not stop someone from getting a job.

No Ragrets
So what happens when the dream tattoo turns out horrible or, god forbid, misspelled? Well, there exist three main methods of tattoo removal, all of which are much more complicated than the initial tattoo.
The most common method of tattoo removal is laser surgery. To ultimately fade and remove any appearance of ink, powerful pulses of energy are applied to the tattoo. This can be quite complicated as multicolor tattoos might need different lasers and requires multiple sittings. However, even after a number of sittings, laser surgery does not always result in complete removal. While one could undergo dermabrasion or surgical removal, no method of tattoo removal is easy. For this reason, tattoos should be thought of not as artwork, but a permanent design of self expression.