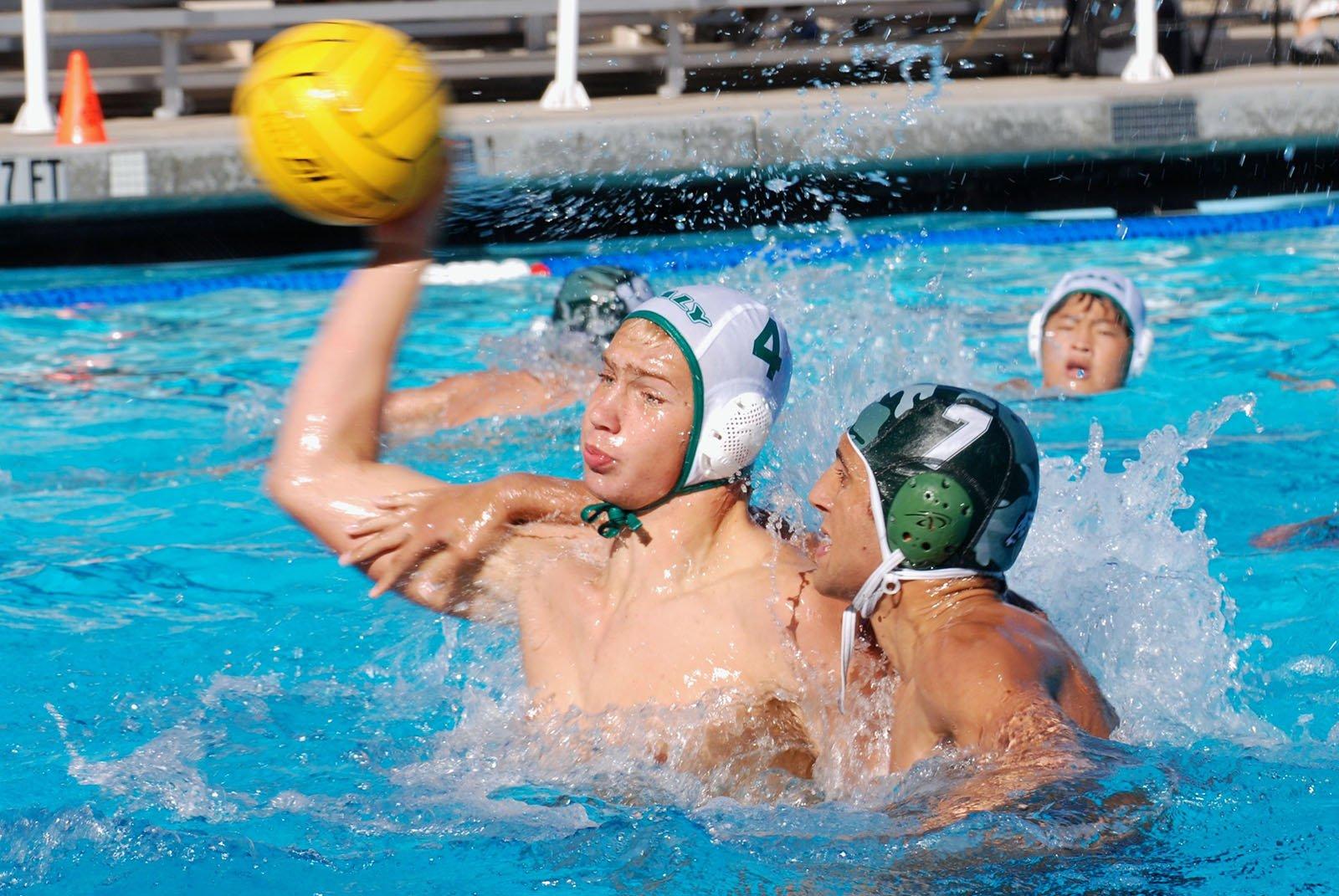 Senior Lucas Novak gets ready to pass the ball in a Sept. 16 game, in which paly beat Homestead High School.

Despite the losses, junior Alina Drebin was happy with the team’s overall performance.

“Our performance definitely improved through the tournament, especially between the first and second days,” Alina Drebin said.

“I believe that the team learned  from the tournament,” Francis said.

However, Francis recognizes that the team has room for improvement.

“There were some really great things that we can build on this year,” Francis said. “I believe that finishing through on our shots is definitely something that we should be working on for games in the future.”

Alina Drebin agreed with Francis, adding that the team missed many chances to score during the tournament.

“We need to work on finishing our shots. We had a lot of opportunities this weekend that we didn’t take advantage of,” Alina Drebin said.

Junior Claire Drebin echoed these sentiments, emphasizing that though the team performed well, they needed to improve.

“We have some work to do to improve to the level of some of the teams that were there but overall I think we did a good job,” Claire Drebin said.

The team played against Homestead High School on Sept. 16 and won 14-6. They have two more league games against Saratoga High School and Mountain View high School before facing the Menlo Varsity Tournament on Sept. 26 and 27.

“We hope to improve with our league games before then,” Claire Drebin said.