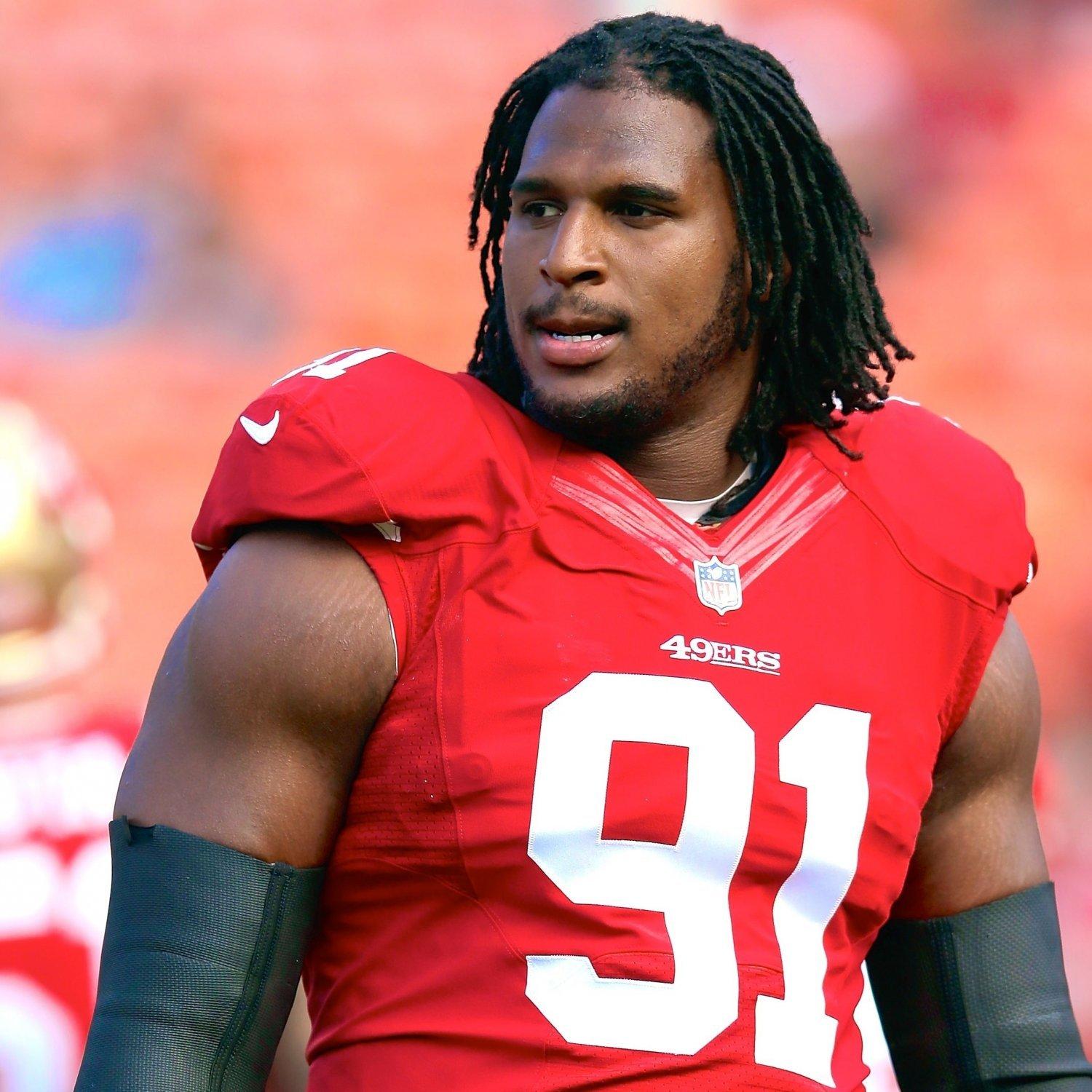 Ray McDonald should not play until proven innocent

Ray McDonald, San Francisco 49ers’ defensive end, should not be allowed to play through the opening weeks of the National Football League (NFL) season.

McDonald was arrested August 31st after being accused of a domestic abuse encounter with his pregnant fiance. He later posted $25,000 in bail and scheduled a hearing for Monday, Sept. 15 that was postponed while the investigation continues to an unknown date. The 49er leadership and organization have always spoke their minds about their no-tolerance approach to domestic violence situations, but in this case are letting McDonald play until his trial fully unfolds.

“Again, I would much rather walk the line of due process,” 49ers CEO Jed York said in an interview with San Francisco’s KNBR radio station. “I think again we’ve said very clearly how we feel about domestic violence. And I would much rather take shots to my reputation than to put somebody down and judge them before an entire investigation has taken place.”

Although his trial has not played out, and so he has not been found guilty yet, these accusations are so serious that players found in this situation should not be given the opportunity to help their team win until they are proven innocent.

In the US legal system, cases are treated as innocent until proven guilty, but the NFL can handle them differently, and should.

Teams, as well as league officials should handle these cases with a more moral lens as opposed to their current business view. It is unfair to put wins ahead of ethics, even in a league where every game is of such high value.

For a league with around 1,000 players it is unacceptable to have almost 40 individuals in trouble with the law. These players are role models for kids growing up, with dreams to play football profesionally.

The NFL must regain public opinion and letting players accused of such appalling crimes play throughout their trial is not a step in the right direction. Additionally, it would be easier for the NFL to apologize for suspending a player who is later found innocent than apologizing for allowing a player to play who is later found guilty.

It is unacceptable for anyone, especially professional athletes and role models, to find themselves in such an unfortunate situation with the law. Players should value their time in such a highly strived for profession, take all precautionary measures possible and to put it simply not do anything illegal or abusive.