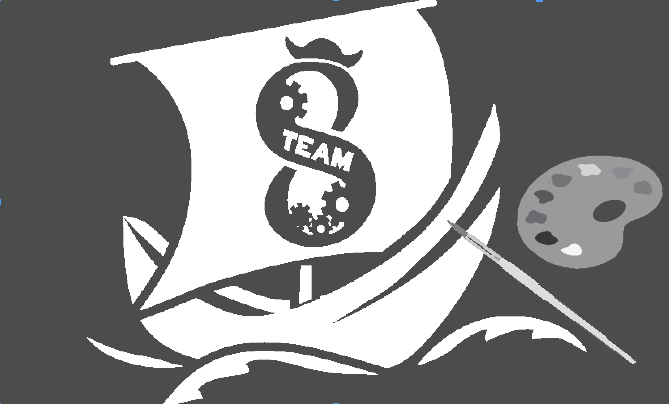 The new art group of the Paly Robotics Team will assist in the team’s aesthetic aspects. This includes graphic designs for t-shirts, posters, websites, and publicity in general.

Palo Alto High School’s robotics team has decided to expand its preexisting animation group by forming a new art section within it in order to develop an understanding of art and to improve overall aesthetics.

Christopher Kuszmaul, the robotics team’s teacher and main mentor, was prompted to create the new art team after receiving numerous student requests and noticing a good display of student leadership.

“[The robotics] team has extended its views to include a broader set of tools and skills,” Kuszmaul said.

With the addition of the art team, the robotics team will be able to achieve much more aesthetically.

“The purpose of the art team is [to] learn about art, fulfill team objectives in artistic competitions, [produce] artwork that supports the robotics team in terms of public relations, spirit and technical aesthetics and [educate] the general student population in the skills associated with the art team,” Kuszmaul said.

Working in unison with the web group, build team and Public Relations group, the art team will provide the robotics team with graphics for t-shirts, posters, banners, buttons and a website, as well as help produce aesthetically improved engineering results.

Each individual subgroup plays into different aspects of robotics and has a variety of tasks cut out for it.

“Graphic design relates to things like the robotics team logo, animation relates to visualization and simulation of the physical processes of the robot, sketching is central to problem solving and prototyping in the design phase of robotics [and] storytelling connects to public relations, creation of documentation of the team’s processes and in establishing what more mundanely would be described as building process flow charts for team organization and mechanical and software design,” Kuszmaul said.

Griffith, an experienced graphic designer and video producer, will also provide insight and guidance for the robotics team.

“My general strengths as an educator are in storytelling, visual culture with respect to video production and professional-looking graphic design,” Griffith said. “I can help people with these things or point them in the direction of good materials.”

The art team will not only help to improve the current animation but it will also introduce the robotics team to the facets of art that can be incorporated into engineering.

At the same time, the new art students will be granted multiple opportunity to work with robotics students.

“[Art students] may learn that key elements of software and mechanical engineering can help them magnify the aesthetic of their work by increasing the precision, leveraging the tools and engaging the processes of science and engineering,” Kuszmaul said.

Most importantly, the addition of the new art team aims to further strengthen the robotics team’s long established philosophy.

“This ongoing change represents the continued long tradition of Paly robotics as a place where students exercise extraordinary autonomy in defining and running the team, coupled with an emphasis on the idea that everyone who walks into the robotics lab should feel welcomed, valued, safe and joyful,” Kuszmaul said.

The new addition to the animation sector of the robotics team includes an area for graphic design, sketching designing, and storytelling. Artistic students will now be able to contribute to engineering projects alongside the team’s animation group. Meanwhile, the robotics team now has the opportunity to improve the overall aesthetics of all the visual aspects of the team.