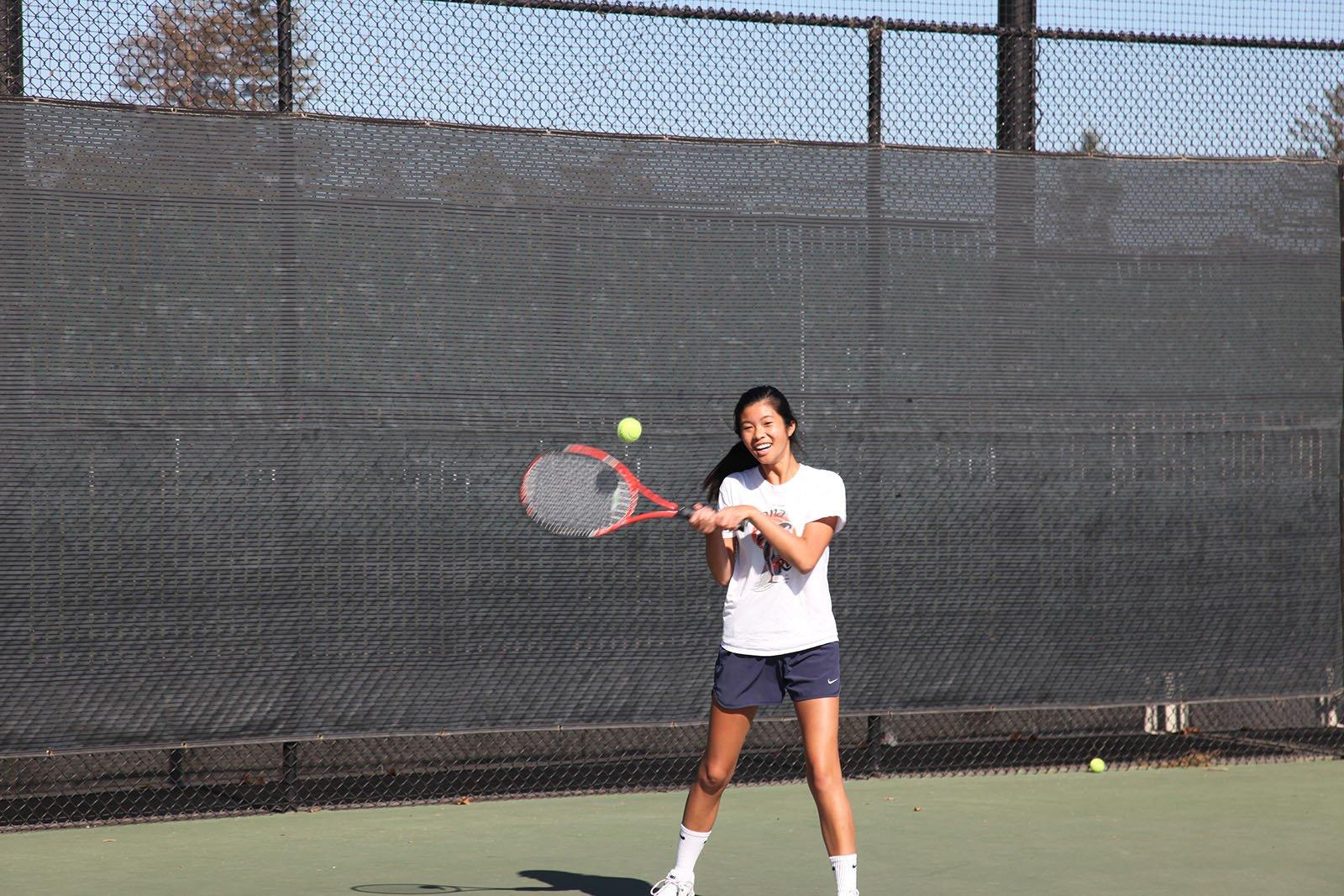 Senior Madeline Lee , co-captain, of the girls’ tennis team, practices her backhand by returning a .shot from a fellow teammate

This fall, the Palo Alto High School girl’s tennis team dropped down from the De Anza League to the El Camino league as a result of losing several players. However, the team is  working towards an successful season.

Coming into the season, coach Andy Harader knew the team would be losing a large amount of talent. With seven seniors graduated, the spots have been filled to maintain a roster of 12 players.

“Last year, I was really nervous because all of [the seniors] were our main players and they were all in our starting lineup,” junior Halle Biorn said. “But this year, we got a lot of new talent, and our team really came together. I think that we have a very good chance of winning the league.”

Senior Haley Fulker, previously on the junior varsity team, considers the drop in leagues to be a positive change.

“I think it was a good idea to move down a league because of our loss,” Fulker said. “It will give us a chance to rebuild and start off strong and confident”.

Moving down to the El Camino League seemed to be considered unanimously as a good decision by coach Harader. According to Fulker, the challenge the girls tennis team faces this year is working on bonding with each other in order to present themselves as a strong unit for the rest of the season.

Despite their confidence, the girls are heading into the season with a realistic view of the chances they face

One team that the team has continued to face off against, despite dropping down a league, was Aragon High School. In the non-league scrimmage against Aragon on Sept. 4, the Vikings lost 3-4.

In another non-league match against their neighbors from Castilleja High School on Sept. 10, the girls’ tennis team came up short, losing to the Gators 5-2. This was a devestating loss.

The girls’ next big match is the Paly Invitational Tournament that It will be held at Paly on Sept. 19 and Sept. 20. It will include schools from and outside the El Camino League. It begins at 10 a.m. on Sept. 19.