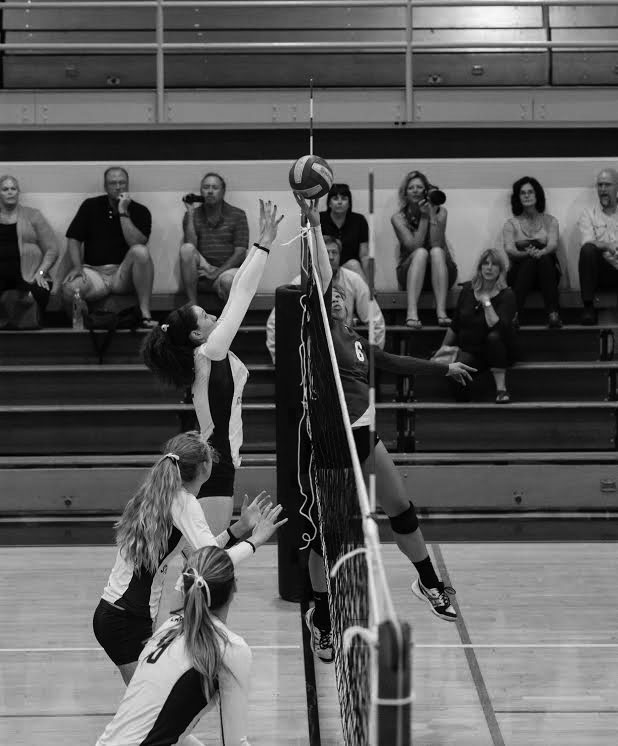 Sophomore Jessica Lee jumps to save a ball at a volleyball meet. The team has a new coach and is ready to take on the season.

Volleyball gears up for season opener versus Gunn High

“I’m excited for the season simply because the team is made up of such a great bunch of girls,” senior Jade Schoenberger said. “No matter what, win or loss, I know I can count on them on and off the court.”

Junior Clara Chiu agrees with this statement, saying that the team has great chemistry.

“I think everyone is going into the season with an open mind,” Chiu said. “We are definitely setting goals for ourselves to be the best team, so we’ll see how the season turns out.”

This year the team also has a new coach, Danielle Desiderio, who began playing professional volleyball in Italy at the age of 15. He was a member of the Italian Men’s National Team for indoors as well as a member of beach volleyball team. During his 20-year career as a player, he helped win the Champions League, the Italian Cup, as well as the DCEV Top Teams Cup twice.

“It’s always fun playing Gunn, the rivalry is definitely present, but just like any other game we can’t take them lightly,” Schoenberger said. “Every game starts 0-0, giving both of us a chance. If we play our game, I think things will lean in our favor.”