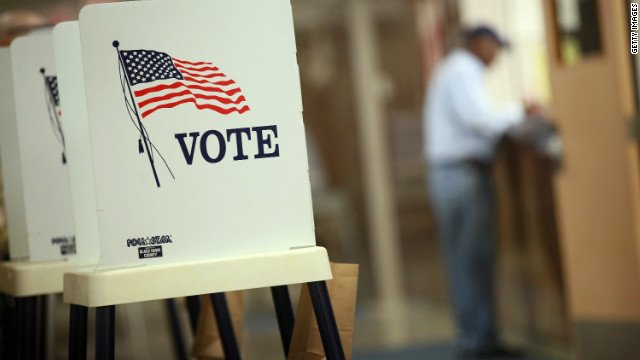 During the 2014 midterm elections, 51 seats were needed for a Senate majority, and the Republican Party received 53. Many believe this win was due to the mass disapproval of President Obama and what he has done with his second term.

Even though the Senate and house elections were very one sided, many breakthrough changes were made through propositions. These changes included marijuana legalization two states, Alaska and Oregon with Measure 2 and Measure 91.

Proposition 47 also passed in California, which essentially reduced crime sentences for nonviolent crimes. The proposition mainly deals with drug crimes, as well as shoplifting, grand theft and fraud; making these small-scale non-violent crimes misdemeanors as opposed to felonies. Overall, there were  many major changes in government during this year’s midterms.

Although most Paly students are not able to vote, many still have very passionate and varying opinions.

“The midterm elections [were] a result of the gridlock in Congress,” junior Eoin O’Farrell said. “The Senate was taken by the Republicans because Americans were fed up with the squabbling and decided they wanted a change.”

A student that chose to remain anonymous said that “[Midterms] sent a message from the American people to Washington: that they’re tired of the gridlock in Congress and are tired of Obama’s failed policies.Voters want to see our country move forward with the economy, immigration, energy and a variety of other issues. And the American people seem to think that the GOP are up for the task.”

Though provided with a good opinion on the reason for the results of these elections, many other students are very opinionated for and against a particular party. Many were satisfied with the election results, yet some were still dissatisfied.

“I’m liberal so I thought they [the elections] were disappointing,” junior Max Hallberg said.

No matter what the opinion was Paly students were very politically conscious, and had their own formulated opinions on this years midterms. Though usually people don’t pay much attention to midterms, this year the elections brought a drastic change.