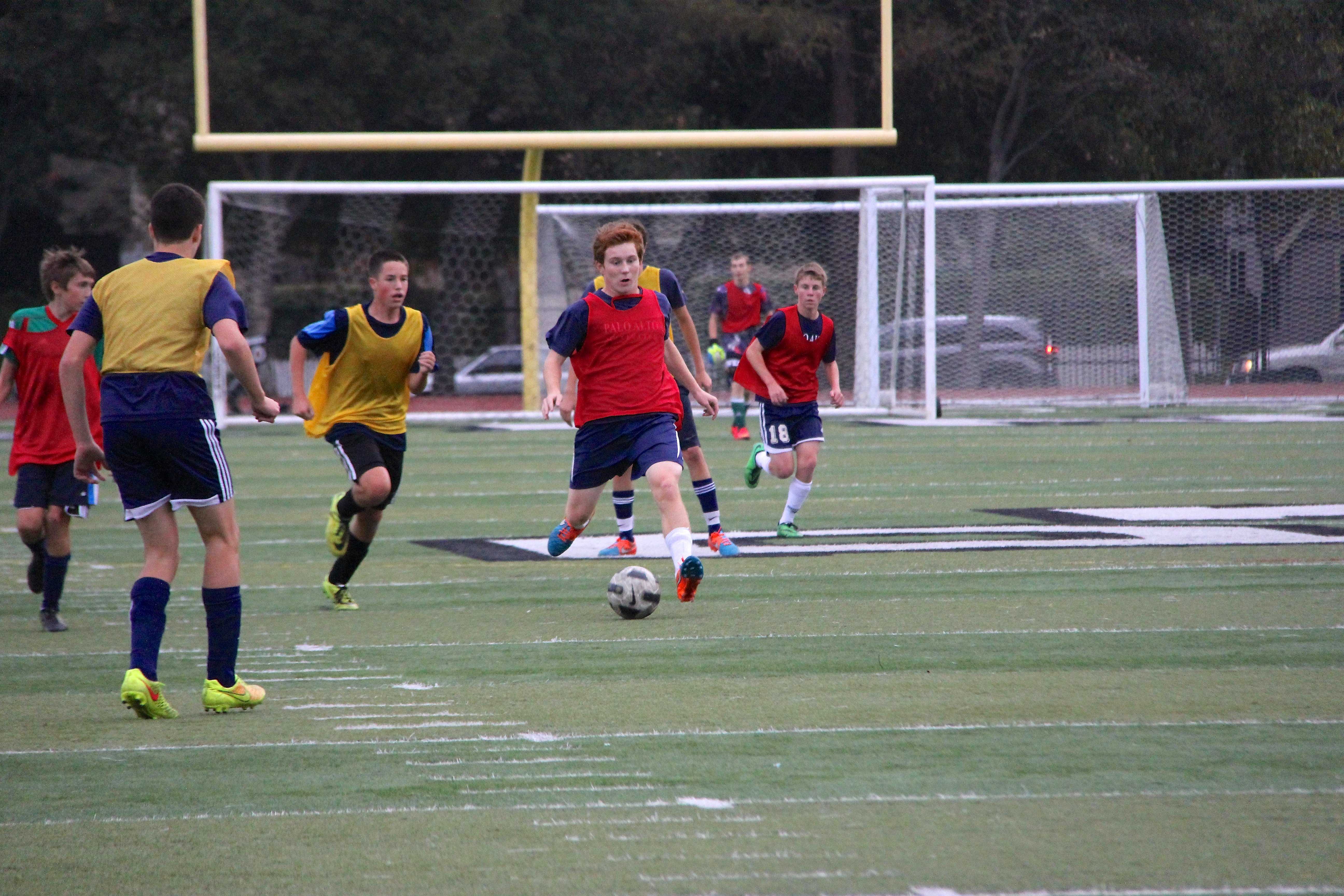 Practices have started in preparation for the team’s first league game on Dec. 3.

After ending last season with a record of two wins, five losses and three ties in the league, the Palo Alto High School boys soccer team seems to have room to improve this season. The team also narrowly avoided relegation from the De Anza League.

Despite the loss of several graduated seniors like goalkeeper Tony Maharaj and forward Cina Vazir, the team seems to have improved since last year.

“I think we have a strong team, probably a little bit better than last year,” junior midfielder Reuben Kramer said.

Even last season, the team did not play as badly as the statistics might suggest. With a 7-8-5 overall record, the team had a much higher win percentage in games outside the league.

Even the losses suggest that the team may not have been as weak as at first glance, with the losses including narrow defeats to Mountain View High School and Los Gatos High School, teams ranked ostensibly higher at both a state and national level. Paly actually took the lead in both games before being pegged back in the second half.

It seems that with the addition of some of the players from last year’s junior varsity team (a team that went 4-4-1 in the season, including a 3-2 win over Mountain View) the varsity team could become a force to be reckoned with this coming season.

Paly might also have easier competition to face this coming season. Both Mountain View and Los Gatos lost their top scorers from last season due to graduation, meaning Paly may have the upper hand in the coming matchups, as most of the core of last year’s varsity team have remained.

This season will not see a renewal of the crosstown rivalry as Henry M. Gunn High School was unable to secure promotion from the El Camino league. However, Paly will still face newly promoted Monta Vista High School and Homestead High School, which will surely provide for thrilling encounters.

The future looks bright for Paly’s soccer team. Although they were almost relegated last season, Paly still almost made it to the Central Coast Section (CCS) playoffs, and their goal remains the same for the coming season.

“This year, hopefully we can make it to CCS,” Kramer said.

Although in many ways the outlook is fairly upbeat for Paly, the team would nonetheless be best advised to remain cautious. Ties with Milpitas High School and Saratoga High School, teams both ranked much lower than Paly, suggest Paly’s attack may need to refine its touch a bit before the important games this season.

They will need to be firing on all cylinders if Paly is going to make CCS, let alone state. The team is primarily focused on improving from previous seasons.

“Hopefully, we can do better than last year,” junior left back Roberto Sotelo said.

Paly is looking to improve this season, and it seems they have both the team and the attitude to do it.