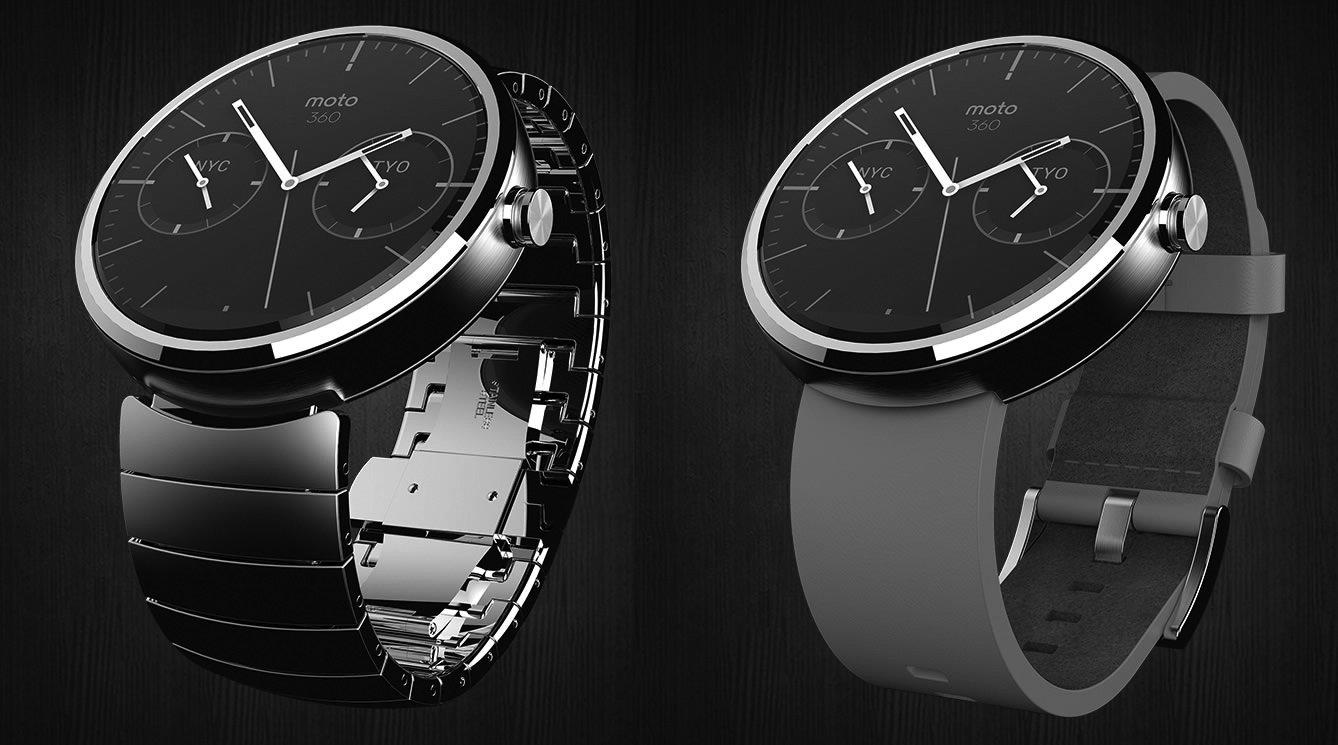 The best smartwatches on the market today

Watches have historically been more than just accessories, they were necessities. However, many now see them as obsolete. Now, new technology has given watches the platform they need to truly excel and compete with the basic functions of phones.

In recent years, smartwatches have gone through numerous advances and are now able to perform a wide number of functions beyond timekeeping and calculations. Even so, many consumers struggle to justify paying money for a device that does not perform many functions beyond a smartphone. Recently, many large tech companies have tried to grab a piece of the projected 2.5 billion dollar smartwatch market.

For those who feel the need to be on the edge of technology, or simply want to upgrade their watches, here are some of the top smartwatches on the market today.

The Moto 360, made by Motorola features a 1.81 inch diameter round face and a 1.56 inch diameter screen. It comes in polished stainless steel and brushed steel with either a grey or black leather wristband. However, its leather straps are not ideal for sweaty workouts, and the Moto 360 is not waterproof, so users cannot take it swimming and probably do not not want to risk getting it wet. It also does not have a speaker, so notifications are signaled by vibrations, and there is no on-screen keyboard, so typing is done by voice command. Another factor to take into consideration is battery life.The Moto 360’s 320 mAh battery lasts for about a day, which means users will have to charge it every night on the wireless charging station. All in all, the Moto 360 is a great looking smartwatch but has a few flaws in design. The Moto 360 costs $249.99.

Design wise, the LG G Watch R is a compromise between a traditional watch and a smartwatch. Like the Moto 360, the LG G Watch R has a round display; however, that is pretty much where the similarities end. Unlike the Moto 360’s minimalistic design, the LG G Watch R has a large, chunky, angular bezel and a sunken display, reminiscent of Casio’s G Shock watches. It only comes in one size and one color: black. Unlike many other smartwatches that require users to shake their wrists to activate the display, the LG G watch R’s screen is always on. Despite this, it still maintains a battery life of two days, as a result of its 410 mAh battery. When the watch does need to be charged, it snaps on easily to its magnetic charging dock. The LG G Watch R’s screen is 1.3 inches in diameter and uses P-OLED as opposed to a traditional LCD screen, which gives it a slightly sharper picture and more vibrant colors. It is also rated for 30 minutes underwater at one meter and has a heart-rate monitor and a step counter. The LG G Watch R runs Android Wear, which means it is only compatible with Android Phones. It is also pricier than its competitors, coming in at $350.

Whatever the future of wearables is, consumers can expect to see many new smartwatches on the market soon. However, the ultimate success of the smartwatch industry is still to be decided by the users.