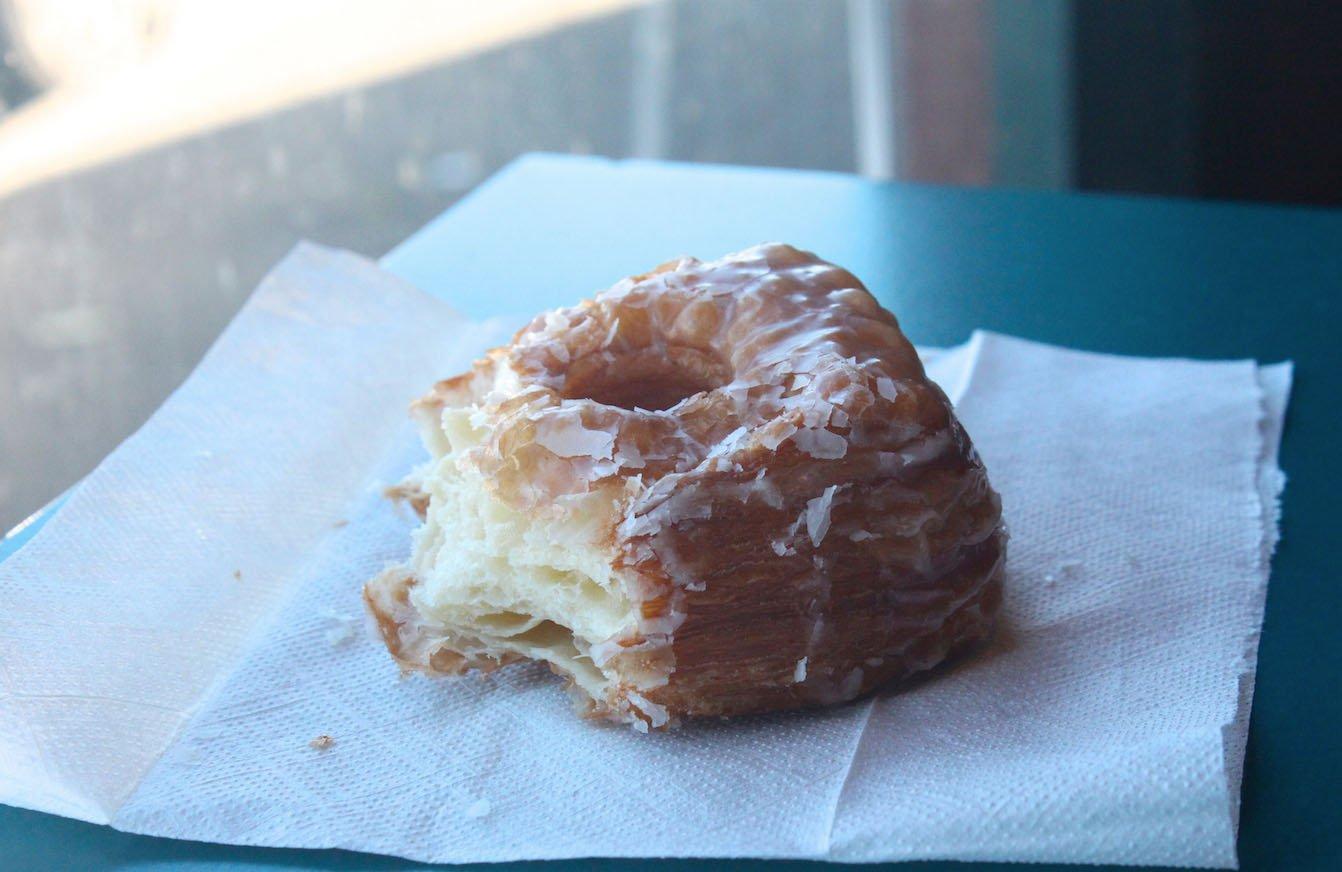 The “cronut”, a cross between a croissant and a doughnut, grew popular last year after being introduced in New York bakeries.

The ‘90s brought the era of fried calamari. In the 2000s, gourmet cupcakes reigned supreme. So what culinary trend can we expect to champion in 2015?

Just as fashion designs or music genres fall in and out of style, popular dishes come and go in waves. Changes in food availability, health conscientiousness, politics and celebrity diets are just some of the factors that distinguish between a dish achieving instant stardom or becoming a culinary pariah.

Neil Irwin, a New York Times economic correspondent, recently graphed food trends by calculating how many times dishes had been mentioned in New York Times articles in a given year. “Quinoa” shot up in 2013, while “crab cakes” peaked in 2000 and have since fallen off.

“Things kind of catch on and spread,” James Beard Award winning chef and owner of the Delfina chain of restaurants Craig Stoll said. ”But I’d like to think that some of the things that are popular now are also for forever”.

But not all trends can be identified by clear-cut science of graphing, just as not all dishes follow a set recipe. To predict what niche will gain popularity in the coming year, the National Restaurant Association (NRA) polls approximately 1,300 professional chefs on their beliefs on what is “in” and what is “out.”

“[People] will go travel and come back and try to make something or dig up something that they discovered on their trips,” Stoll said. “That’s fantastic for everyone”.

Local ingredients remain of vital importance to restaurant-goers and restaurateurs alike. The NRA’s 2015 Culinary Forecast places “locally sourced meats and seafoods,” “locally sourced produce” and “environmental sustainability” as the three top trends to watch. In a society continually striving to become more environmentally aware, diners appreciate knowing that the fresh ingredients used in their delectable dinner came from just across the bay. According to the NRA, the use of local ingredients can also help restaurants reduce costs by eliminating need for excess shipping and transportation of their ingredients.

“It’s only natural that culinary themes like local sourcing, sustainability and nutrition top our list of menu trends for 2015,” Hudson Riehle, NRA’s senior vice president of research, said. “Those concepts are wider lifestyle choices for many Americans in other aspects of their lives that also translate into the food space.”

Additionally, both professional and home chefs have embraced the idea of using less meat in meals, a recent phenomenon sparked by the increased interest in environmental sustainability.

“It would be great to see the Meatless Monday movement continue to gain traction,” Palo Alto food blogger Pearl Chow said. “It made a big impression on me when I read that almost 40 percent of the crop calories we grow go into feeding livestock.  And when we do that, we only get a small percentage of those calories back from eating the animal. That’s a lot of wasted calories which is just another way to say wasted energy”.

“What’s especially great is when people start to eat meat as a garnish and not as the center of the plate,” Stoll said. “Having meals more about vegetables, more on a regular basis, is a great way to eat…[meat] is treated in a different way.  It’s more like a special thing”.

According to Stoll, due to the ongoing drought in California, food producers have improved methods of dry farming which continue to provide stable food supplies without furthering the impact of the drought.

Both Stoll and Chow recognize a newcomer to the scene of food trends in widespread pickling and fermenting. No longer a measly side dish or simply a garnish for the classic hamburger, pickles have received a makeover. Restaurants are stepping away from classic conventions by integrating ethnic flavors and using new foods as vehicles for fermentation.

“People have been doing fermenting for ages and it’s great,” Stoll said. “I’m happy and I don’t hope it goes away in any way, shape or form.

But if pickles seem too obscure and diners have more of a sweet tooth, doughnuts are making a comeback. The NRA says cronuts will be phasing out but their classic counterparts will return in fun flavors, just in time for Dunkin Donuts’ arrival in the Bay Area in 2015.

Gone are the days where ramen was reserved for a studying snack.  Chefs say that in addition to the popularity of Japanese food in general, ramen could become the next hamburger, as the one-stop all-purpose meal. Overall, a variety of ethnic foods, with origins ranging from Peruvian to Southeast Asian, have gained  much popularity in the last year.

Some trends still have experts on the fence. The culinary world seems to be deadlocked as to whether wheat will resurface or gluten-free options will become prevalent in the near future. In recent years, large amounts of diners have begun to choose to avoid the protein found in wheat, due to conditions such as Celiac disease or simply due to research that has found health benefits to a gluten-free diet.

Michelin-starred San Francisco restaurateur Michael Tusk believes that the future of wheat involves new grains processed locally at mills.  However, the NRA stays true to the belief that gluten-free diets are here to stay.

While open to trying new trends, there is one that both Stoll and Chow hope to see gone in 2014.

“I hope people will stop trying to convince themselves that raw kale tastes good because it doesn’t,” Stoll said. “Cooked kale is great”.

“I hope to never see kale chips again in my lifetime,” Chow said.

Whether diners are dying to try something exotic or want to stick to classic treats like the all-American hamburger, there is sure to be something for everyone on the menu in 2015, according to Chow.

“They all have a space on the table,” Chow said.