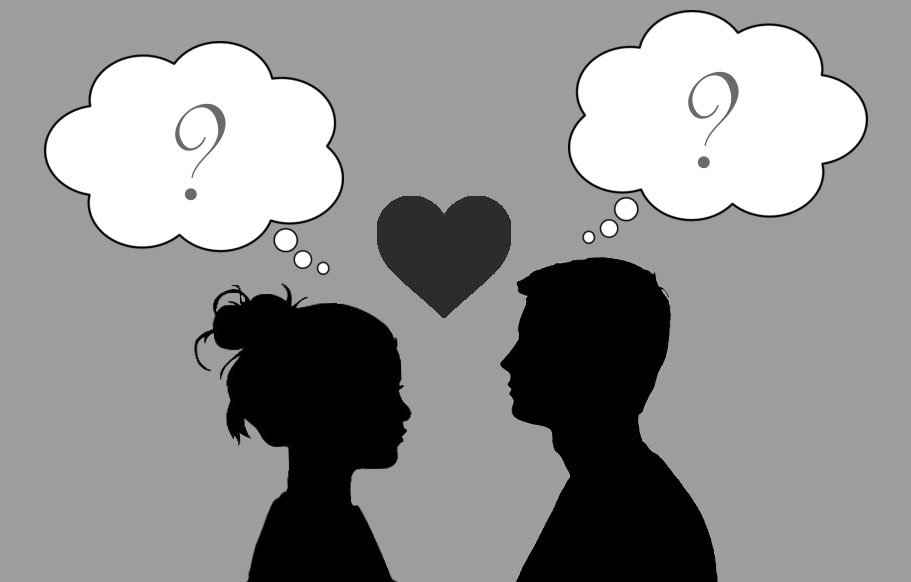 High school students use a wide range of vocabulary to define the many different stages and facets of a romantic relationship.

Decoding the language of casual romance

High school is often characterized by the relationships that bloom during the transformative four years of a teenager’s life. Traditionally, one thinks of a “relationship” as what happens when two people who like each other decide to be committed to each other and only each other. However, modern teens have created terms like “thing” or “friends with benefits” to describe the romantic and physical aspects of a relationship without any binding commitment. With different titles for similar types of relationships between people, these terms can easily become ambiguous.

The term “thing” is a very broad term that can embody completely different meanings for different people.It may involve both emotional and physical characteristics or just one aspect, but the term usually describes two people who have mutual feelings for each other but not the permanence of a committed relationship.

“People use the term ‘thing’ because they, for some reason, think it’s not as awkward for them to say,” senior Guive Assadi said. “It doesn’t sound as official.”

While some people believe that the term “thing” is used to avoid the binding expectation of a relationship, others believe the term’s purpose is to describe the time and future expectations involved in “hooking up”.

“A ‘thing’ is when people are hooking up [and] have been hooking up,” junior Henry Gordon said. “It’s not just once. It has to be more long term, like going steady, but not quite together.”

The term “hooking up” is also ambiguous. Though the basic idea of a hookup remains the same between most people, the details vary greatly.

“A relationship with just physical interaction [and] without emotions … is just hooking up and should be defined as nothing more than a hook up,” Gillian Chryst said. “Hooking up with someone would be purely for the physical attraction that could possibly lead to more like a relationship or more hooks up, [but if] for whatever reason those parties don’t want their emotions to be shared, then it should be defined as a hook up.”

“Hooking up is really just about sex and sexual acts,” Read said. “[Compared to a ‘thing’], hookups tend to be much more public because there’s this idea that since it was purely for sex there is no reason to respect either people’s privacy.”

Gordon expanded on the varying details of “hooking up”.

Based on the use of the term “thing”, its meaning can change. For instance, some people define the difference between having a thing and being a thing.

“They are similar but both are at different places on the casual to serious commitment scale,” Read said. “Having a thing leans more towards the casual aspect and can be anything from being friends with benefits to flirting, [whereas] being a thing is usually used to describe some kind of relationship that’s more serious.”

Junior Adele Bloch views being “a thing” as a stepping stone to becoming an official couple.

“It’s [when] before you start dating, you hang out with a person, you maybe hook up, but you don’t want an official title,” Bloch said.

“Being a thing doesn’t mean they don’t want to be committed,” Grecius said. “The feelings just aren’t developed.”

Assadi views a “thing” as no different than a monogamous relationship.

If a “thing” is considered separate from a “relationship”, how does one transition between the two? According to tradition, once two people gain some interest in one another, they spend more time together and go on dates before a formal, committed relationship is established.

Adults call this stage before a committed relationship “dating”, whereas most teenagers use the term “thing” instead.

“Early on, people set out to do more things like go geocaching or go to the movies,” Assadi said. “Later on, often a partner will just go to the other’s house and hang out there for a couple hours and leave when they have the next thing they have to do.”

According to this definition, the number of dates is significant in determining whether a potential relationship may develop.

For some, making the transition from being a “thing” to being in a relationship is fluid since there is not much of a difference, but others believe the two stages are different enough that they can make or break relationships and feelings between two people.

“I think the main problem is the ambiguity of the relationship, so one person might be more involved and think about it more seriously while the other has it in the very back of [his or her] head,” Read said. “A lot of the time, [the first person] ends up with a lot of hard feelings.”

Chryst echoed the confusion that can result from conflicting expectations and feelings.

“I know a lot of people who, including myself, have had ‘things’ with people and thought they were going to be exclusive or in a relationship, but it didn’t work out,” Chryst said.

Being “just friends” brings up the question: how much is the relationship physical, and how much is it emotional? If two people are interested in each other or have a “thing” and have hooked up, one person may think that the physical aspect of the relationship is more important than the emotional, while the other may feel the opposite, creating a constant, underlying tension between the two people. This tension can negatively affect not only the potential relationship but also the two peoples’ friendly interactions.

When one person in a casual relationship has unreciprocated romantic feelings for the other, that person can easily become “friendzoned”. Friendzoning is restricting another person to the “just friends” relationship category to avoid a romantic or physical relationship with him or her.

“[Being friendzoned] could mainly be [due to lack of] physical attraction, but [he or she could] also care for that [other] person too,” Chryst said.

The ways in which a person can be friendzoned differ from person to person.

“Being a ‘best friend’ is on the way to friendzoning,” Gordon said. “Some people may not mean it in that way, but 99 percent [of the time], it’s leading to that zone.”

Chryst elaborated on the reason why being entitled “best friend” may be a sign of friendzoning.

“I think that best friends do get thrown into being friendzoned easily with a friend that they like just because their love or care comes off more as unconditional love rather than attraction and lust towards the other person,” Chryst said.

Even if two people do not start off as “best friends”, it is easy to distinguish when one becomes friendzoned.

“You just know when you’re friendzoned,” Gordon said. “Usually the other person’s friends are the ones that tell you something, or some [other] third party.”

Once a person is friendzoned, changing the other’s mind without damaging the friendship can be very difficult.

“It makes it hard for the person who has gotten friendzoned to jump out of that position because [he or she is] too scared to risk [his or her] relationship with that person,” Chryst said.

Differing ideas about the ideal relationship between people also lead to complications regarding the genuine meanings of relationship titles in society.

“[In] this day and age, young guys aren’t looking for the same things in relationships as girls are and vice versa because real life gets in the way, friends or families get involved, and it may not be the relationship you wanted to be in when you first thought of that friend as your boyfriend or girlfriend,” Chryst said.

Relationships are not as simple as two people liking each other — they are confusing, inconstant and always evolving. Labels and titles have been invented to try to understand a relationship and categorize certain experiences or feelings, but sometimes they can add more conflict instead.

With all the heartbreak and insecurity that may come from being in a relationship, why do people still persist?

The complications that may arise in a relationship come from differing desires, expectations and/or needs. Though these differences cannot be completely avoided, sometimes the conflicts that they create are worth enduring for those irreplacable, precious moments that just cannot be explained. In the end, it is companionship that people really want and need.

“I think human beings just aren’t meant to survive alone, and everybody longs for someone else to be with them at the time being,” Read said. “Eventually everyone will figure out what they want to do and what kind of relationships they want with the different people in their lives.”