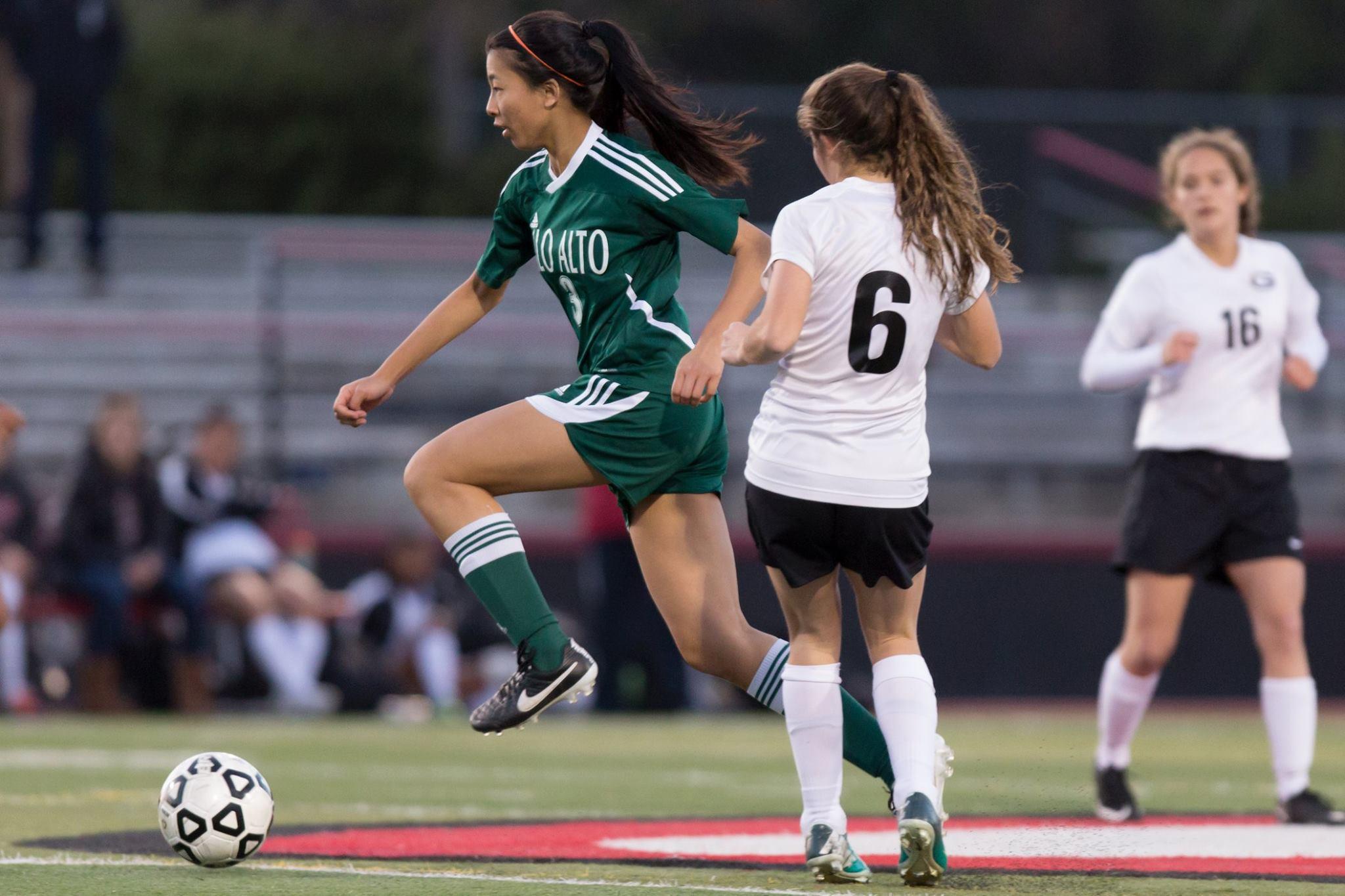 As one of only three teams without any losses or ties in the Central Coast Section (CCS) heading into leagues, the Palo Alto High School girls soccer team is determined and confident that it will continue to keep up its outstanding performance.

Last year, the Paly girls soccer team did not have to participate in the first round of playoffs because of its great work during the season. The team then went on to win its second round of playoffs. Though they lost semifinals in the next round to Los Gatos High School, the team members maintained its resilience through this year.

“We dominated the majority of the game [against Los Altos High School], and although we had many players out with illness, we still had talented players we could pull from the bench that contributed,” junior Heidi Moeser said. “Ansley Queen and many of the other players were able to fill into other positions they don’t normally play.”

One of the team’s most well-known members is current junior Jacey Pederson, who already has 10 goals and two assists so far this season.

The team’s willingness to take risks and accept challenges is one example of the many lessons learned from the previous season. Its encouragement and support for each other are other strengths of the team.

“Our team works very hard at practice and we maintain a competitive atmosphere to better prepare us for games,” Moeser said. “I think our work ethic is what allowed us to have a successful season last year.”

Moeser elaborated on how the team has improved on and off the field in specific areas from last year.

“We are really starting to gel and play as a team, [which I think is] switching the field, getting everyone involved and anticipating where players will be and where they want the ball,” Moeser said. “I think this will be a good year because we have lots of talent, returning and new.”

Before its win on Jan. 8, the team won its away non-conference game on Saturday, Jan. 3 against across town rival school Gunn with a final score of 6-0.

“I’m very happy about our win against Gunn,” senior Olivia Musil said. “It always feels great to beat a rival like that. This season we’ve been working a lot more on shooting, and it showed during the Gunn game.”

Last year, Paly’s girls soccer team placed fourth in the Santa Clara Valley Athletic League De Anza Division (SCVALD). This year, the team appears to be high contenders for the spot again and hopes to advance. and improve their ranking

“This season we plan on winning league … [and] hopefully we will bring home the championship,” Moeser said. “We have a very strong team this year and I think both those goals are realistic.”

“Our biggest competition this year will probably be Mountain View High School,” Musil said. “They have a strong team every year, so you can always expect a battle.”

Though the girls soccer team members support each other and recognize its growth in the past year, the team also know which skills to focus on refining.

“An area in need of improvement would be our finishing and converting opportunities into goals, ” Moeser said.

Regardless, the team is excited and optimistic for the season.

“We’ve been off to a great start, and I can’t wait to see what the rest of the season holds,” Pederson said.