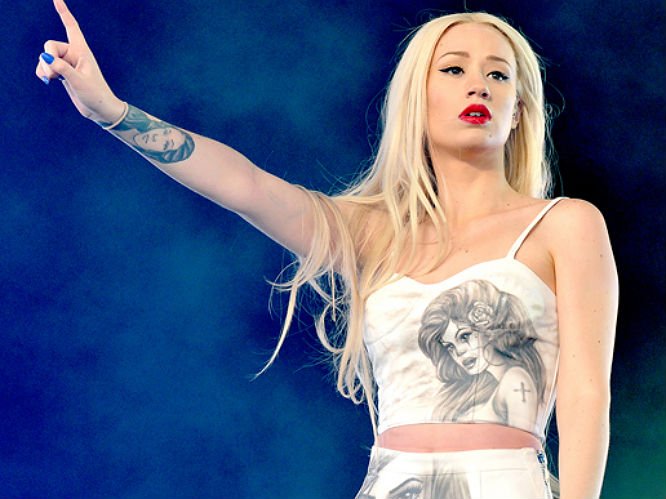 After recent success, Iggy Azalea has been criticized by other hip-hop artists for her percieved exploitation of black hip-hop.

On May 19, 2014, Forbes ran an article — whose title has since been changed —  entitled “Hip Hop Is Run By A White, Blonde, Australian Woman.” The article, referring to Iggy Azalea as one of hip-hop’s biggest success stories, delved into the peculiarity and praiseworthiness of Azalea’s rise to fame in 2014. It argued that Azalea’s success is remarkable given that she is a blonde, white woman — a demographic that is unusual in hip-hop.

However, the same success that made her the first artist since The Beatles to have the two top songs on Billboard’s Hot 100 sparked controversy across the entire the hip-hop community.

Azealia Banks, a black female hip-hop artist, was one of the most vocal about the issue, even slandering Azalea during an interview on a radio station.The conflict between Azalea and Banks seemed to first turn public when Banks sent out a series of tweets directed at Azalea, criticizing her for her lack of discussion about the decisions of the Eric Garner and Michael Brown trials. Banks called Azalea out for easily taking on black culture — referring to Azalea’s assumption of a “black accent” in her songs — but reluctance to discuss the racial issues that are also deeply ingrained in the culture. Azalea responded, returning the criticism to Banks by denouncing her for using world issues to promote fan battles and not taking any legitimate action. The conflict erupted next during an interview with radio host Ebro Darden on radio station Hot 97. Darden brought up Azalea, which incited a reaction from Banks.

“That Iggy Azalea s**t isn’t better than any f**king black girl that’s rapping today, you know?” Banks said. “When they give these Grammys out, all it says to white kids is: ‘Oh yeah, you’re great, you’re amazing, you can do whatever you put your mind to.’ And it says to black kids: ‘You don’t have s**t. You don’t own s**t, not even the s**t you created for yourself,’ and it makes me upset.”

Hip-hop artist Q-Tip also took to Twitter, giving Azalea a brief lesson on the origin of hip-hop, presumably to tell Azalea that racial issues cannot be ignored in hip-hop.

Azalea’s quick success is one of many instances of musical appropriation — a subset of cultural appropriation — that have occurred in America’s music industry. During the 1960s, rock was born from the blues, a genre which had inherent black ties as it had originated in African-American communities in the Deep South of the United States, growing out of folk music and spirituals which emerged during the era of slavery.

Though rock borrowed many elements from the blues, the racial bonds did not carry over, and rock started to be predominantly white. Rock soon became the world’s most revered genre, and has far surpassed the blues in pop culture prominence. World-famous bands like Led Zeppelin plagiarized blues artists such as Robert Johnson and Son House without giving the original artists recognition, and faced little opposition for doing so.

Azalea’s rise to fame might be an indication that similar appropriation is occurring in hip-hop. Many feel her music is delving into cultural appropriation of hip-hop, but others view the music as harmless assimilation.

However, the verdict is not unanimous. Several artists, including Kendrick Lamar, have claimed this criticism of Azalea is undeserved. Azalea’s newest LP, “The New Classic”, has been nominated for best rap album at the Grammys, a title that Lamar’s “good kid, m.A.A.d city” lost to white rapper Macklemore’s “The Heist” last year.