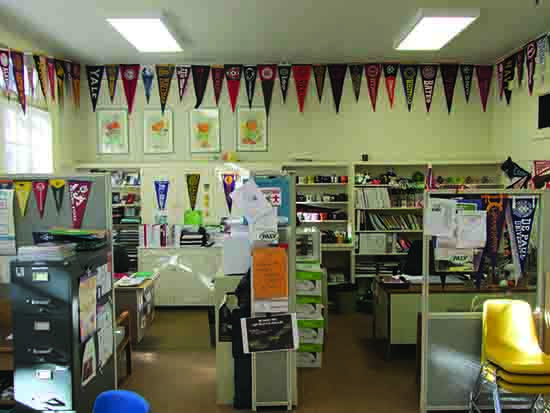 Juniors were urged to schedule individual meetings with college counselors after a presentation by the College and Career Center.

Junior year is the time for students to start thinking about their plans for life after high school. Whether that means going to a private or public college, taking a gap year or going straight to work, students need a plan after receiving their diplomas­ — and the College and Career Center orientation held in early January seems like just the place to go to start planning. Unfortunately, its focus is much too narrow for the entire junior class, and it presents information students should already know at this point in the school year.

According to an email sent out to students and parents of the junior class, the orientation is intended to “kick-off post-high school planning.” This implies the orientation should cover all possible options after high school. During the actual presentation, college advisors Sandra Cernobori and Alice Erber mentioned all the possible options after high school (including taking a gap year, going straight to work, or traveling)and referred to places where students could learn more about them. However, the counselors spent the majority of the hour and a half presentation talking strictly about California State Universities (CSU), Universities of California (UC) and community colleges, information that is also available in packets given to every student. Focusing on just these areas is an unproductive use of time because although the information provided details about the scores, admittance rates and focuses of these specific schools, students are also interested in applying to private schools, a subject the orientation failed to address as much as it did public schools. Rather than spending so much time going over the packets students will end up reviewing later, the college advisors should talk more in depth about private schools, like the scores and admittance rates of a few of the more popular private schools.

Junior William Lee was frustrated with the orientation’s focus and wished the time was better used.

“I didn’t find it particularly useful because of the emphasis on CSUs and community colleges,” Lee said. “I think the orientation should have talked more about different types of schools.”

Junior Portia Barrientos found the orientation to be informational but agreed that its narrow focus did not apply to her.

“I learned a lot of new things, but I didn’t find most of the information applicable to me,” Barrientos said.

In addition to failing to go into detail about other types of schools, the orientation only briefly mentioned the Common Application. Many juniors do not know how the application works and would have gained a lot from learning about the process. And since the vast majority of college applicants will end up using the Common Application, students need to know what they will be required to write and prepare for when fall comes around. By knowing what the application will ask for, juniors can spend some time building a resume that will make for a stronger application.

According to Cernobori, teacher advisors will share more about the Common Application in the spring of junior year.

“[Juniors] are going to hear about it in advisory. … There are three lessons coming up in advisory,” Cernobori said.

But teacher advisors are not college advisors and leaving the task of explaining the college applications to them can lead to different advisories absorbing different information.

It would be more beneficial for college advisors to relay more of the descriptive information, such as how to make each application unique, regarding the application to students during the presentation, and leave the technical information (dates and specific requirements) to teacher advisors.

Lee would have liked to hear more about the Common Application during the orientation, since that is a topic he does not completely understand.

“I would have liked to learn more about the Common App because I don’t know that much about it yet,” Lee said.

The orientation also shared information about the Scholastic Aptitude Test (SAT) and the American College Test (ACT), giving students packets containing the dates, prices and information of each. According to the College Board, students should plan on taking the SAT during their junior year – similarly, the ACT website recommends that students take the ACT during their junior year.

According to Cernobori, there is enough time to register for the test even if students find out about the options in January.

But, it can take a few months to prepare for these standardized tests depending on how much preparatory work one plans on doing and finding out one’s optionsnow leaves almost no time to pick the right test and prepare for it, all while trying to fit this planning into a busy schedule.

Junior Annie Carilli feels that information on standardized testing should be presented earlier in order to make the information relevant.

“[The college advisors] should have talked about the ACT and SAT earlier, because many students need to consider when to prepare for them,” Carilli said.

College advisors should hold a session earlier to talk about the SAT and ACT or have the teacher advisors do it instead since the information is very straightforward. This would leave more room to talk about other topics during the orientation.