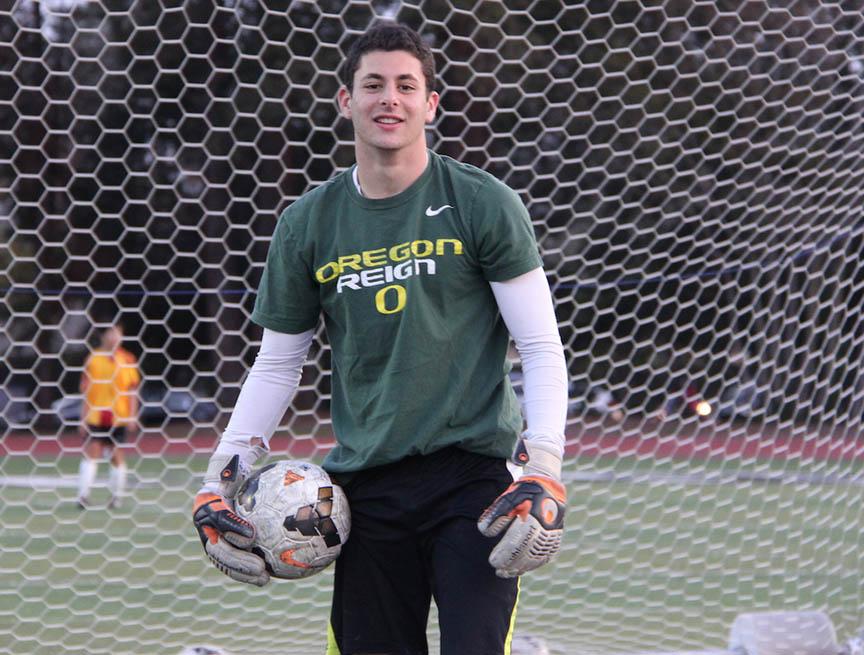 Eli Friedlander is the goalkeeper for the boys soccer team, and has only let in one goal in all of the team’s games, lea­ding the team to a top 30 national ranking as of print.

The Campanile: So, your season has been going very well so far- describe what’s been happening.

Eli Friedlander: We have a really good team with good chemistry this year. Everybody’s been playing really well, we’ve just been truly on top of it altogether. The back line has been performing especially well.

EF: In league, we’re 7 in 1, and outside of league, including preseason, I think we’re something like 12, 2 and 2. We were undefeated, but we actually lost our last game 1-0, unfortunately.

TC: So, many people associate being successful with style of dress. What do you wear every game as a goalie?

EF: For club we have our own uniforms, but I have to get something else for high school because we don’t get jerseys- the goalies don’t get jerseys, and I don’t wanna have to change color if the other team’s the same color, so I got this bright purple kind of fuschia USA jersey. It’s very…

TC: Do you think that distracts the opposing strikers trying to score?

TC: So you and Alex Bonomi are splitting time at goalie. How would you describe that dynamic?

EF: We play pretty similarly so it’s not a hard transition for [the team], so it’s been going pretty well.

TC: So, how many years have you played on the varsity soccer team at Paly?

EF: I was on varsity my freshman year and I made varsity last year, but I stopped playing midseason last year for my own personal reasons, so this is, I guess, two and a half.

TC: So you have really grown in your soccer experience at Paly. Do you have any particular soccer mentors?

EF: I mean, Mr. Coach John Bungarden, but I guess club has helped me grow also cause soccer’s year-round so I get a lot of practice all-around then come back each year.

TC: So what are your plans for continuing soccer, for college?

EF: Well, maybe go to some recruiting camps over the summer, see if I want to get recruited slash will get recruited, but most likely some division. Maybe Division III.

TC: If you had to describe your goalie skills in three words, what would they be?

TC: Alright, so, not only do you dress snazzy on the field, but how would you describe the boys’ dress at school for each game day?

EF: We got these polos for soccer and it has this Paly like new logo that says Palo Alto varsity soccer, I guess those are pretty sick but, other than that, we just wear collars on game days.

TC: What is the biggest bromance on the Paly boys varsity team?

EF: Steven Blatman and Reuben Kramer for sure. If you look at our team picture, I think it says it all. It’s Reuben going over the shoulder grabbing Steven’s left nipple.