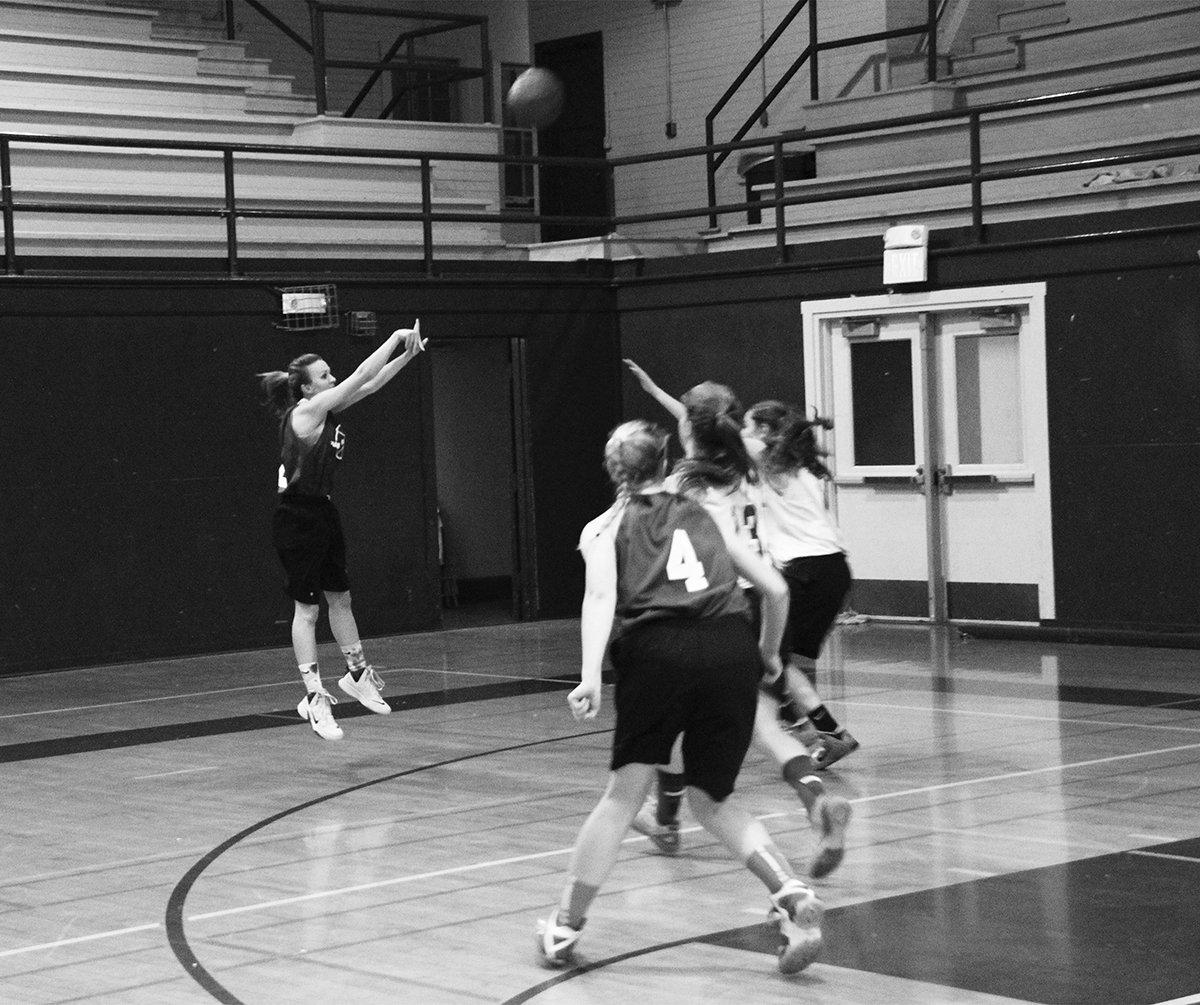 Point guard Maddy Atwater shoots a basket during a team scrimmage after school.

The Palo Alto High School girls basketball team is retaining the lead on the league scoreboard. Earning victories at their last five games, the Lady Vikes are confident about their hopes of claiming the Central Coast Section title and heading to states.

During Quad Night on Jan. 30, the Lady Vikes played a dramatic game against Wilcox High School, defeating them with the final score of 49-34.

The first quarter finished in Wilcox’s favor at 13-9 and point guard Maddy Atwater temporarily out of the game after receiving three foul calls over seven minutes. With one of their vital players off the court, the Vikings victory was not guaranteed.

“It definitely made us realize that we have to play smarter,” sophomore Skylar Burris said. “It brought us down for a bit but we were able to get our heads back into the game because we know each other as a team.”

The first half finished with 17 fouls combined for both teams and the score close as can be at 23-22 Vikings. With each team having a fair chance, the victor was to be determined purely by the second half.

Juniors Courtney Lovely and Atwater step up to raise the score to 25-22, maintaining a close lead for the duration of the third quarter. Going into the home stretch at 35-32 Vikings, this game was unexpectedly exciting.

Star shooter Lauren Koyama, who averages 9.9 points per game, nailed two three pointers, and the other girls excelled in free throws, closing the game out with a victorious 49-34 win.

“We definitely got frustrated with all of the foul calls, but it made us more careful in the second half,” Koyama said. “We knew we had to adapt to the calls, and come out stronger to win the game.”

“We’ve definitely become a much better team this year and our free throws are just one of the things that’s we’ve improved on,” Burris said.

“The foul calls really affected us because I had to sit out the second quarter and two of our big girls, Alexis and Skylar were both in foul trouble too leaving us vulnerable in the key,” Atwater said. “We didn’t want to throw away our perfect league record like that so in the second half we came out harder.”