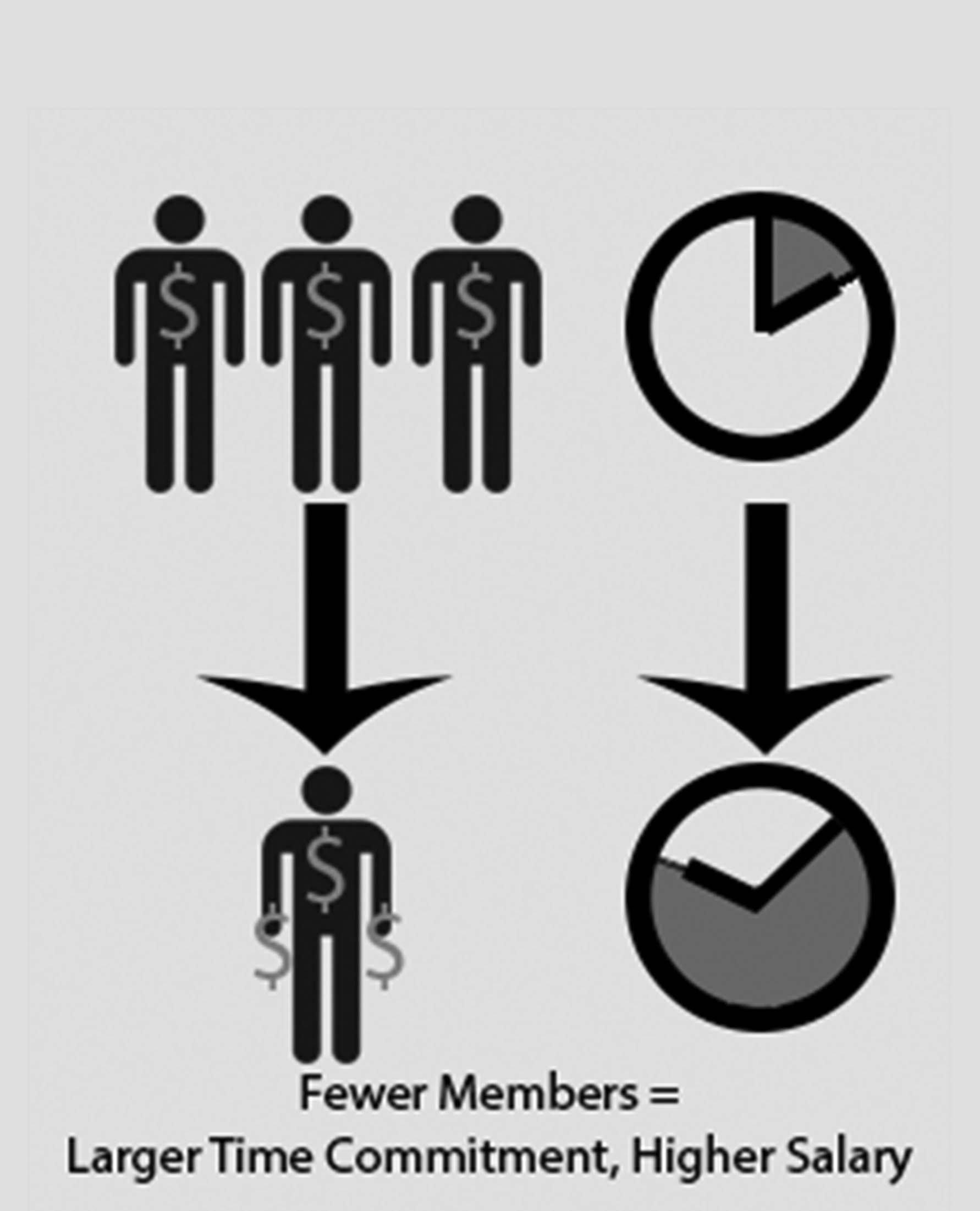 The city council will be shrinking in size, but also passed a policy increasing salaries

New Council to Reduce in Size

The newly appointed Palo Alto City Council voted 6-3 to adopt a policy that increases each member’s salary, and unanimously decided to pass a second policy requiring an open vote before closed sessions.

Two weeks after the council had its first session of 2015 on Jan. 5, with Cory Wolbach, Tom DuBois and Eric Filseth joining and incumbents Karen Holmen and Greg Scharff returning, it passed policies in hopes of making the city government more representative and increasing transparency.

The new policy will raise councilmembers salaries from $600 to $1,000 — a 66 percent increase — effective in January 2017 due to a regulation requiring members to be put up for reelection before salary raises. Councilwoman Liz Kniss brought attention to the issue in 2013, by pointing out the need to expand the opportunity to hold office to a more diverse set of individuals.

“The public believes that in order to serve on this council, you either need to be retired, wealthy, self-employed or single,” Kniss said.

In addition, Kniss argued in favor of a push for equal gender representation on the council. Currently, there are two women on the nine-member council.

“There’s a very glaring absence [of women],” Kniss said. “I tried to find a woman who is in mid-years, still had kids, willing to run for office. Each person said, ‘I cannot spend that amount of time, I have kids and it’s costly.’”

Holman has similar hopes that the raise in salary will allow a larger andmore diverse candidate pool.

“You never know what’s going [to be] the difference for somebody [to run],” Holman said. Wolbach justified the raise by highlighting the recent reduction of the council size from nine to seven starting in 2019.

“I do see that with the reduction of the council size that does mean more work for all councilmembers,” Wolbach said. “I think it’s appropriate to have an increase in salary”

Scharff, Filseth and DuBois all dissented from the majority on the salary raise, claiming it would be a hypocritical statement when other employees attempt to follow suit.

“Given the symbolism of raising our council salaries as soon as the economy gets better, I think that outweighs [the democratization],” Scharff said.

The policy complies with a law allowing the council to raise its own salary by five percent for every year since the last salary increase. The new policy has prompted critique from residents regarding the justification for the raise and if it will serve its supposed purpose. Filseth also doubted its reasonability.

“I think that going from $600 a month to $1000 a month is not likely to make a significant difference in that pool size,” Filseth said.

The council also established a policy requiring open votes on the need for a closed meeting of the council.

“It makes each councilmember take a public position [on if] it is appropriate to go into a closed session,” Vice Mayor Greg Schmid said. “And bears then the responsibility for whatever takes place.

The proposal for open votes had failed to pass in back in 2014, but with newly appointed members having run under a campaign of transparency, it passed with a 9-0 vote.

Scharff hopes the policy will prevent future public criticism regarding the secrecy to which the future of Cubberley Community Center, a bid for Foothill Park and other issues were given.

“[The new policy] allows us to have that contemplative moment, where we all sit together and decide [if] we actually want to go into closed session,” Scharff said.