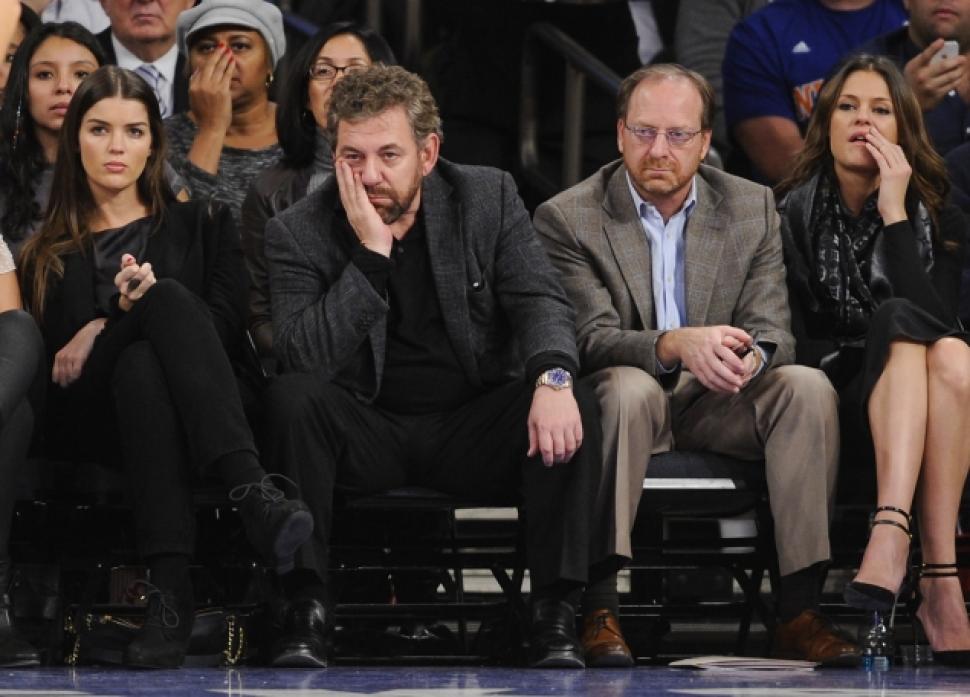 James Dolan, a particularly troublesome NBA team owner, has caused irreconcilable damages for his team, the New York Knicks, when he rashly broke ties with benifactors.

Owners of sports franchises often make mistakes that are detrimental to their organization’s image. This can lead to professional sports teams having obstacles that get in the way of their prosperity. There have been multiple incidents where team administrators have made unfortunate decisions that landed them in hot water.

The most recent instance involves current New York Knicks owner James Dolan. On Jan. 23, Dolan received an email from 70-year-old Knicks fan Irving Bierman, who criticized Dolan for interfering with the franchise and causing the Knicks to perform poorly this season. Dolan, who has owned the Knicks since 1994, replied with a letter stating that Bierman should “start rooting for the Nets, because the Knicks don’t want [him].”
Dolan also made several baseless and undermining assumptions, writing in his letter that Bierman was an “alcoholic” and a “negative force in everyone who comes in contact with [him]. ” Dolan is just one of the many examples of an owner who thinks he can abuse his power as an authority to undermine others. Even as the owner of a very popular sports franchise, Dolan still does not acknowledge the consequences he will face due to his hate-filled email. Dolan has also been accused of mistreatment towards players who benefitted his franchise, namely Charles Oakley. Oakley led the team to its first conference championship in 21 years in 1994. Because of his performance, the Knicks brought in former center and now hall of famer Patrick Ewing. Fifteen years ago, Oakley publicly criticized the Knicks for the team’s terrible performance during games. Dolan took offense to this remark and immediately cut ties with the National Basketball Association (NBA) All-Star without reconciliation, causing them to never speak again. Oakley wished to dispel the bad blood between Dolan and himself – however, Dolan reportedly refused to reply to Oakley’s request to reconcile.

Dolan’s latest offense was him not admitting to regretting sending out the rude email, for he felt he was wronged when Bierman criticized the franchise. Dolan’s offensive behavior is detrimental to the Knicks, because it exhibits that the franchise is being controlled by a person who does not behave professionally.

Problems with owners also take place with franchises on the West Coast. The predicament between San Francisco 49ers owner Jed York and former head coach Jim Harbaugh stirred some controversy in the football world during the 2014-2015 football season. Harbaugh sent the 49ers to the National Football Conference (NFC) Championship for the first three times out of the four seasons he coached. However, during the 2014-15 season, Harbaugh did not perform nearly as well as he did in the past three seasons he was in San Francisco. York felt compelled to fire Harbaugh because of this one mediocre season, displaying his own rash decision making.

York blamed the 49ers’ mediocre level of play on the off-field issues that the franchise was dealing with, including six arrests of players since 2012. Because of this, York stated that he felt that Harbaugh did not earn the conference championships “with class.”
York used this detail and Harbaugh’s mediocre performance as an excuse to remove Harbaugh from his position on Dec. 18, 2014. York has yet to speak on this issue and wishes to avoid talking about his and Harbaugh’s relationship. York’s injustice will label the 49ers as having a divided staff, thus being detrimental to the franchise image.

Unlike the incidents mentioned previously, the tension that brought attention to the Atlanta Hawks general manager, Danny Ferry, took a more positive turn. In June of 2014, Ferry used a racially charged term that towards current Miami Heat player Luol Deng. Ferry suggested that Deng’s ethnicity hinders him from being “perfect.”

“He’s a good guy overall, but he’s not perfect. He’s got some African in him,” Ferry said in a phonecall with a scouter. A result, on Sept. 9, 2014, co-owner Michael Gearon and Chief Executive Office (CEO) Steve Koonin announced that Ferry’s comment would leave him with consequences and a punishment.

Ferry took an indefinite leave as General Manager, and has still yet to make a return to the team. However, Al Horford, a member of the Atlanta Hawks, has spoken about welcoming Ferry back. The team’s public welcome for Ferry back as owner caused the tension to die down as he readily admitted that his comment was a mistake.

Dolan and York made decisions that were detrimental to their team and were absolutely intolerable in the sports world. They have yet to make apologies for their mistakes, causing their predicaments to worsen.

On the other hand, Ferry took full responsibility for his actions and admitted that what he did was wrong. Having an insular mindset will mar an owner’s image, for learning and accepting mistakes will do nothing more than improve the image presented to the public.