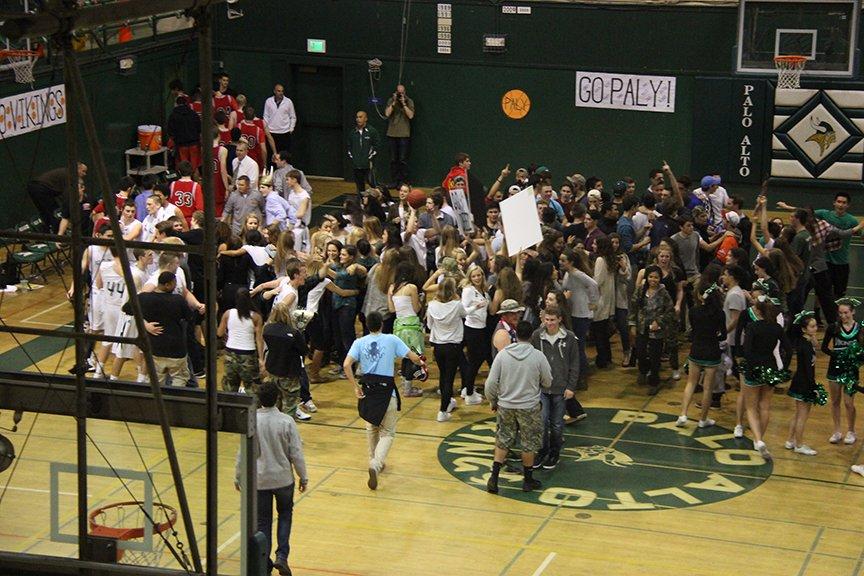 Watching sports has been an American past-time for hundreds of years. Yelling at the television and pretending you are the referee will always be an unavoidable habit. However, with progress in sports uniform, equipment and fascilities, why not make revisions to the rules?
Unconventional sports rules will not only make the sport more interesting but will increase fan participation and excitment.

Basketball:
Each team should hire a little person to guard the basket and block other players’ shots. The little person will be placed on the hoop and given a broom to knock away opposing shots. This will make it much harder to score but much more entertaining.
Additionally, North Korean rules should be adopted by the rest of the world. In the last three minutes of the game, every basket should be worth eight points. This will make game winners and comebacks more common. To punish unskilled players, every missed free throw is worth negative one points. Three point field goals that do not touch the rim will be worth four points, and the losers of the game are sent to work for the winning team for the next ten years.

Football:
The players are forced to wear long, fancy, formal dresses. The football uprights will also have a circle dead in the middle that is worth five points rather than the usual three. Lastly, the player that scores the touchdown must also kick the extra point.

Baseball:
On foul balls, if the ball is caught by a fan wearing a jersey for the team in the field, the batter is out. The game must also be played with sombreros rather than the usual ball caps, because fashion is forever but your athletic career is not. Finally, snack breaks should be allowed for players and fans, because everyone knows the best part of a baseball game is the hot dogs and other unhealthy food.

Water polo:
In the last two minutes of regulation, malnourished piranhas are released into the pool. Once regulation is over, the team loses a point for every missing limb. This would require both teams to make a strategic decision about whether their arms and legs are more important than scoring goals. More importantly, it may discourage the usage of speedos.

Tennis:
Playing the game with balls that are guaranteed to explode at least one time during the course of the game would make the game more intense and hopefully prevent annoying players from bouncing the ball up and down for ten minutes before every serve. Also, screams from the players would finally be warranted.

Soccer:
Both teams capture and train a wild animal of their choice to participate in the game. An example of the correct utilization of this rule would be to teach an elephant to stand in front of the goal or train a grizzly bear to attack divers on the opposing team.
Everyone loves animals, and maybe the United States would stand a chance in the World Cup if it took advantage of some of the excellent animal trainers available.

Track and Field:
For the discus, javelin, shot put and hammer throw, make it a team sport. Each thrower must also have a catcher. This would require incredible bravery, a “team-first” attitude and readily available backups. For any running event, give each participant one fully loaded Nerf gun to use at his or her discretion. Legal use of the nerf gun would include shooting one’s running mates to distract them, alerting food vendors in the distant stands that one is hungry and demonstrating to referees that one disagreed with their decision.

Chess:
Before the match, each player makes a list of disgusting foods that he or she pairs with his or her corresponding pieces. When the opponent takes one of the pieces, he or she must eat the corresponding item of food. This will make chess a nationally televised event and raise awareness about one of the oldest games in human history.

Hockey:
Most people watch hockey in hopes that a fight will break out. Encourage this behavior by awarding a team two points for a knockout and one point for every tooth that is recovered and presented to the referee, who will be appropriately dressed in a tooth fairy costume.