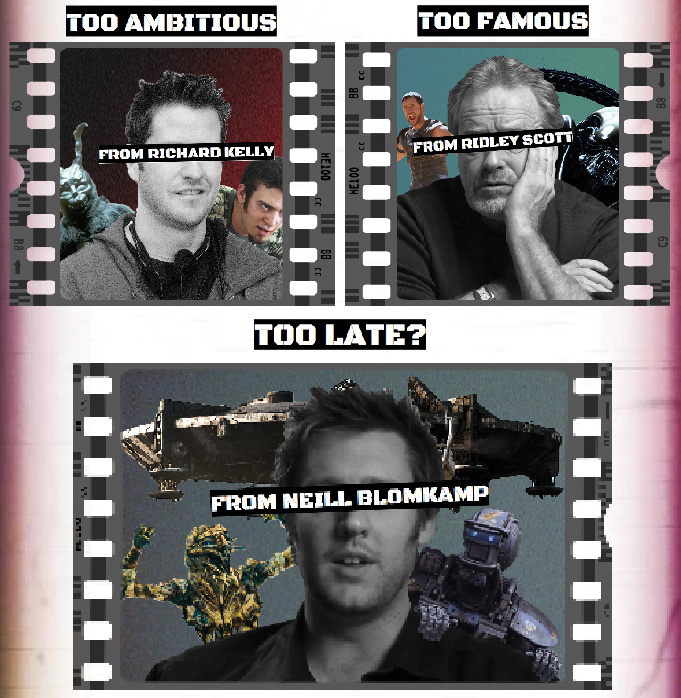 This is the age of the director. Trailers for films trumpet the names of famous directors alongside the words ‘produced by,’ ‘created by’ and even just ‘from.’ Unfortunately, while ‘from’ does sound nice, it doesn’t actually mean that the person mentioned did anything but sign a contract for their name. Directors, now as much as movie stars, have become branded. Names, more than anything else, draw studios into new projects, and this practice hurts those names as much as it hurts the industry.

With the release of the movie “Chappie” earlier this month, director Neill Blomkamp simultaneously went back to his roots and changed the course of his career. Blomkamp’s career came full circle with the film based off the short film that got him noticed by Peter Jackson and pushed him into Hollywood, but, in a strange contradiction, the film indicates that his career is on a completely different course. While his first feature film “District 9” was a smart, pointed satire of South Africa during Apartheid, the plots of his films have become simpler and condensed (despite their longer run times), and the critical reception for his directorial efforts has turned from hot to cold. Blomkamp’s career seems to be in jeopardy, and he is quickly joining a growing group of directors who need saving both from studios, and from themselves.

Richard Kelly, whose name has only appeared after to the word ‘from’ once, is one of the best examples of how a director’s valuable name can work against them. With his first film “Donnie Darko” gaining popularity, and cult status from its 2002 DVD release, Kelly found himself with enough leverage to make the movie he really wanted to, and enough people on board to fund it. Kelly’s second film, “Southland Tales,” could only have been green lit by studio executives because of the name attached to it, because the movie is widely considered one of the biggest train wrecks in cinema, both critically and commercially (it made up less than two percent of its budget up at the box office). Kelly’s ambition worked against him, and upon being given a blank sheet of paper and a blank check, he wrote the script to a movie so full of subplots that it, for all practical purposes, forgot to actually have an ending. The movie that Kelly wanted to make ended up killing his career simply because nobody wanted to say no to the guy who directed “Donnie Darko.”

On the other end of the spectrum are directors whose fame has actually eroded their ambition. While Michael Bay is often derided as the worst of these offenders, the transition of an action-movie director to a slightly-dumber-action-movie director isn’t as egregious as some of the descents in Hollywood. Ridley Scott, the director of the visionary “Alien” and “Blade Runner” moved on to powerful (if predictable) epics like “Black Hawk Down” and “Gladiator,” before he decided that his career had enough good movies and he created “Prometheus” and “The Counselor.” Scott’s directing of “Prometheus” amounted to little more than a cash-grab, as the supposed prequel to “Alien” ended up directly conflicting with the original, and “The Counselor” played out as if its plot had been made after-the-fact in order to connect a few scenes the director thought were cool. None of the boundary-pushing effects or original ideas present in Scott’s early work can be seen in his films today, and in most cases, it seems that his effect on the film was in name alone.

Laziness and overconfidence are on other ends of the spectrum for directors, but both are equally dangerous to a film. By relying on a director’s name or reputation, instead of their current ideas, Hollywood does these directors a disservice and encourages them to harm their own careers. With Neill Blomkamp now on board to direct a reboot of Ridley Scott’s “Alien,” we will have to see whether the movie franchise that launched one career will be the downfall of another.