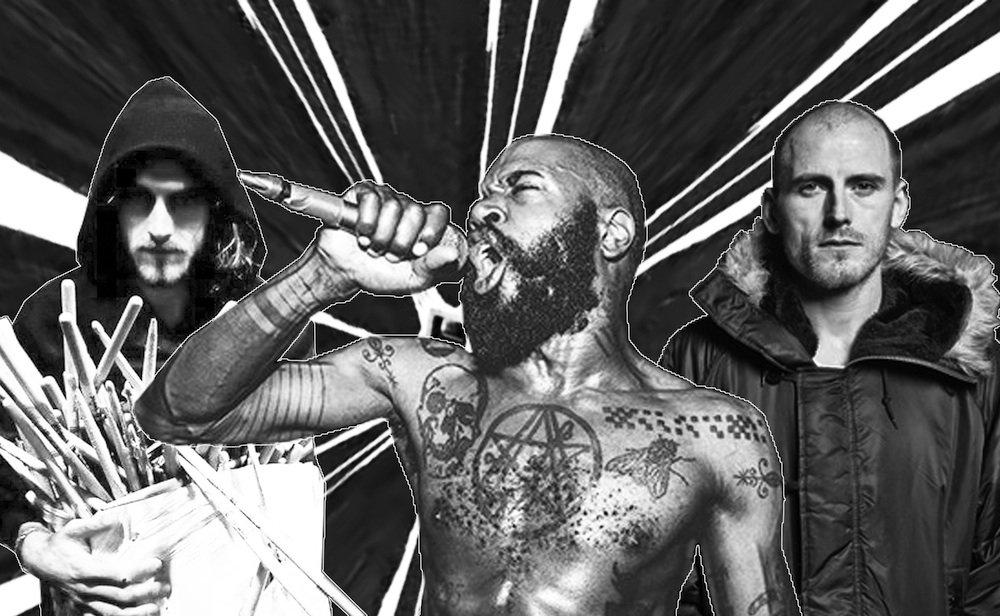 The experimental trio Death Grips recently announced that the long awaited second half of their final album “The Powers That B” will be released on March 31. The second half is titled “Jenny Death.” Along with this information, a single from the upcoming album titled “On GP” was released with an accompanying video. Following a leak on March 19, the band released a full version of the album to YouTube, but the official March 31 release date still applies. On March 24 they announced a world tour that will begin in June.

This has come after a history of mysterious antics regarding the band’s interaction with the media and its fans. The announcement that the group had disbanded came in July 2014, with a photo of a note written on a napkin posted to social media. This announcement came not long after the release of the first half of the band’s final album, titled “N****** on the Moon.” After the death of Death Grips was declared, many awaited the second part of the album and expressed their anticipation online. Soon after, the trio released an instrumental album titled “Fashion Week.” The first track in the album was called “Runway J” and all the subsequent tracks in the album eventually spelled out “JENNY DEATH WHEN”, which left listeners awaiting the release of the album.

Though releasing an album completely out of the blue isn’t by any means a new release strategy for Death Grips, the hidden statement within the instrumental album and various other clues left many questioning the validity of their break-up. Long before their break-up, Death Grips deleted their Twitter account, but months later an account claiming to be the trio sprung up. This mysterious account posted a picture of the band at Disneyland and a screenshot of a video that would officially be released four months later on Dec. 9, 2014. This account also correctly predicted that the trio would be going on tour, despite cancelling their last tour and supposedly breaking up  a couple months earlier. The account also posted a video of the band practicing for a tour, leading to even more speculation on whether Death Grips had ever ended. This speculation continued after the trio posted on Facebook that they might continue making music; which is the closest to direct information fans have recieved.

Prior to this, the band’s antics lead to controversy and that even caused them to be dropped from their major record label. After the band released their self-titled debut EP and mixtape “Exmilitary” in 2011, they signed to epic records a year later. On this label, they later released “The Money Store.” Following this release, they cancelled their first major tour, but promised another album releasing that year. Due to complications with label, the release date of such an album was extended greatly; which lead the band to release “No Love Deep Web” for free without the labels consent. Though the impromptu release of such an awaited album was unexpected, the album art was even more surprising. The album art featured an erect penis with the album title written on it. Though speculations exist, there are no explanations for the meaning of such an explicit cover. Many believe the cover art was a statement against the label, who subsequently dropped the band. Around a year later, the band founded their own label, Thirdworlds Records, under the major label Capitol Records and were given free creative reign.

Following this, the band had a string of no-shows at concerts and events it was scheduled to play. The most notable was their scheduled Lollapalooza aftershow, where there was no band and the stage was set up with a backdrop of a fan’s suicide note and a toy drum set in front of it. After the audience realized the band was a no-show, chaos ensued, the audience destroyed the onstage equipment and trashed the venue. Shortly after these events, the trio released their third studio album “Government Plates” without prior announcement.

Even though Death Grips’s presence has confused and left fans questioning, they have made all of their music readily available online and in stores. Fans can look forward to an entertaining final release by such an entity.